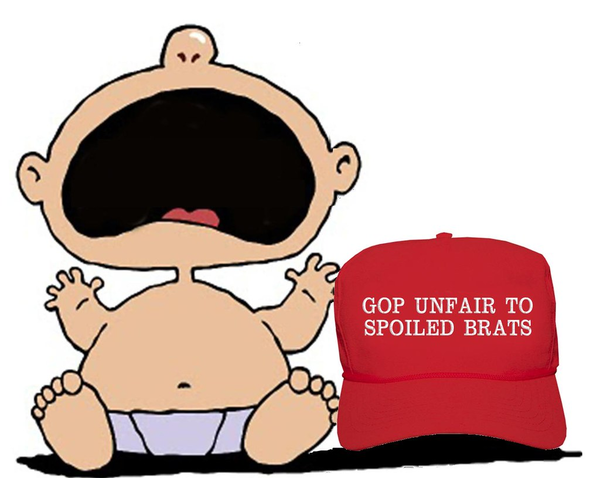 While I was visiting a relative, CBS evening news was on TV in the background. It felt like water torture hearing arrogant reporters authoritatively lie about president Trump and every political issue. Their deceptive message was: Republicans are mean and Democrats are good. Incredibly, 95% of the broadcast was fake news.

Could I escape being bombarded with fake news in my car? No. Every news break on the radio was crafted to imply that Trump is guilty of everything and Republicans are mean.

Clearly, there is a coordinated fake news media campaign to instill hatred for Trump, America, Christians, Conservatives, Republicans, Trump supporters, and straight white men. It is as if a daily memo is sent to Democrat media operatives. “Okay everyone, the phrase of the day is “Trump is an existential threat.” Every news broadcast finds a way to fit it in.

“Here’s Amy with the weather report.” “Thanks, Jim. It will be stormy today. And speaking of stormy, Trump is an existential threat.” No one knows what “existential threat” means. But it sounds smart and is intended to sell the lie that Trump is extremely dangerous.

Democrats are currently blitzing the media with their lie, “Trump is a cult leader.” What they are really promoting is Trump supporters are a small minority of mind-controlled hateful crazies.

I remember seeing The FBI Story, a 1959 movie starring Jimmy Stewart. As a child, I thought FBI agents were awesome men. We’ve learned that there are bad actors in the FBI and CIA. Allegedly, Operation Mockingbird is a program launched by the CIA in the 1950s to manipulate media to spread propaganda. Writer Deborah Davis reports that Operation Mockingbird recruited prominent American journalists and oversaw front groups.

Evidence suggests Operation Mockingbird is alive and well today. Shockingly, we have learned that the FBI and CIA played major roles in spreading the lie that Trump colluded with Russia to steal the election from Hillary.

Hillary paid for a lie-filled dossier written about Trump. Hillary’s gross dossier even claimed that Trump paid prostitutes to urinate on a bed slept in by Obama. Her operatives in the FBI used the gross dossier to illegally acquire warrants to investigate whether or not Trump stole the election. The absurd investigation lasted three years, costing taxpayers $32 million.

CNN and MSNBC victimized their tiny leftist audiences 24/7 for the three-year bogus investigation. They promised Trump’s guilt would be confirmed and he would be humiliatingly booted out of office. The Trump resistance movement was devastated when the investigation concluded that Trump won the election fair and square.

Moving on to their next treasonous scheme to remove Trump, Democrats launched a news narrative claiming Trump committed impeachable crimes during a phone call with the president of Ukraine. Democrat Adam Schiff read Trump’s extreme bullying outrageous demands on national TV. I watched it on TV in the doctor’s office waiting room. I thought, “Oh my gosh. Trump said that?” Schiff assumed he could get away with lying about the content of the phone call because presidents do not release the content of conversations with foreign leaders. Trump blew Schiff’s scheme by releasing the transcript of the phone call. But here is where it gets really crazy and unbelievably arrogant.

After each day of Schiff’s hearings, fake news media excitedly reported that “bombshell” testimony confirmed Trump’s guilt. In truth, none of Schiff’s witnesses could name a crime committed by Trump.

Displaying their off-the-chain arrogance, everything fake news media reported about the impeachment hearings were lies.

If we did not have conservative media countering fake news media lies, millions would be clamoring for Trump to be marched to the impeachment guillotine. Remarkably, Trump’s approval rating rose after the impeachment hearings.

I recently tweeted, “I wish to express my utmost respect and thanks to conservative media and congressional Republicans for daily fighting and explaining Democrats’ and fake news media’s coup to remove our president via Schiff’s kangaroo court impeachment hearings.”

Fake news media is not all-powerful. Despite a fake news media blackout, 1.7 million of us showed up in 2010 for a Washington D.C. Tea Party rally to protest ObamaCare.

In 2016, fake news media gifted Hillary’s presidential campaign with a billion dollars worth of lie-filled news stories designed to destroy candidate Trump and Trump the man. They failed. Hillary and her minions were devastated when Trump defeated her in an electoral landslide. We are well on our way to killing Operation Mockingbird.

We remember where we were during important events. It was 1988. During my lunch break, I returned a VHS movie to the video store — got back into my car and turned on the radio to listen to conservative talk show host Tom Marr on WCBM, 680AM in Baltimore. To my shock and disappointment, Tom’s show was replaced with some new guy, Rush Limbaugh.

This song cracks me up. I love it. The Rush Hawkins Singers’, “Thank the Lord Rush Limbaugh’s On.”