Let us begin with the resistance lawyers Chairman Nadler had as witnesses. A short summary of all the witnesses is here.

One particular witness, Pamela Karlan is especially combative and you can see why in the video below.

This is a presentation she made in 2006.

She gave away a big clue in her response to a question stating that she spent her Thanksgiving holiday reviewing documents and testimonies. That translates to collaboration between either the Intelligence Committee or the Judiciary Committee prior to the hearing. The minority on both committees did not receive that same benefit.

Now as part of this continued resistance coup against the President there is also another scandal getting very little to no attention and that is Chairman Schiff essentially spying on other members of Congress.

House Intelligence Committee Chairman Adam Schiff spied on the top Republican on his panel by obtaining his phone records and publishing them in an impeachment report, Minority Whip Steve Scalise said Wednesday.

“It raises a lot of serious questions,” the Louisiana Republican said.

Schiff also did the same to investigative journalist John Solomon in obtaining his call records. Neither Nunes or Solomon received a subpoena. 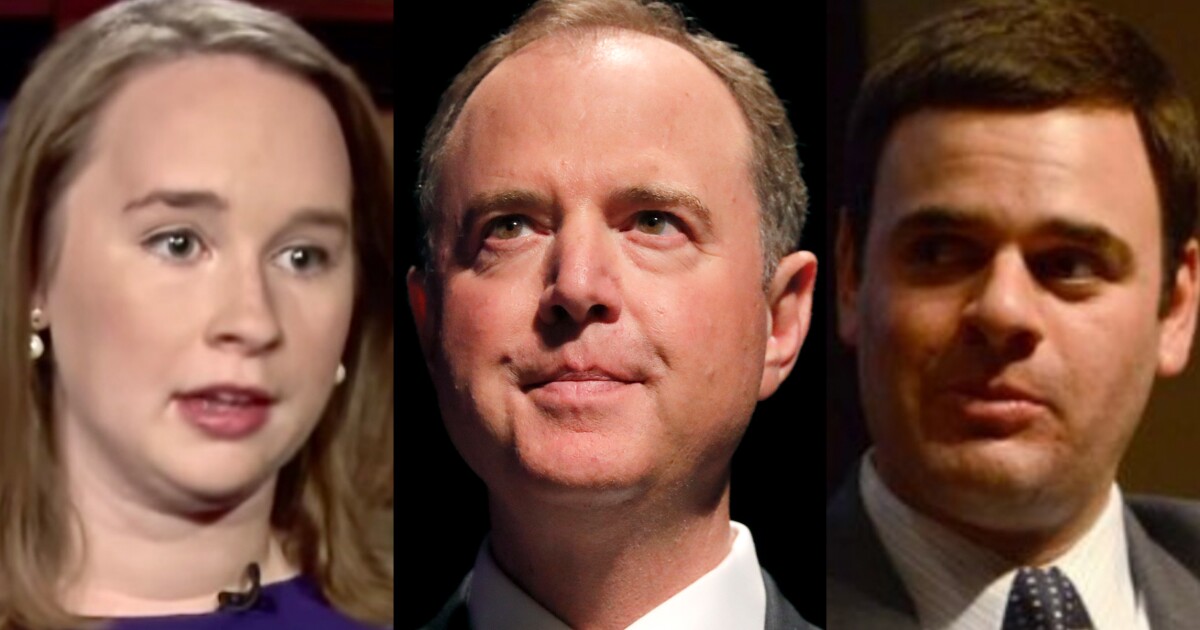 But how about more nastiness including having a planted mole in the Trump White House? One name is Sean Misko and there could be yet another, Abigail Grace.

It was previously reported by the Washington Examiner that public records indicated Sean Misko, 37, started work on Schiff’s committee in August as a professional staff member. A specific start date was not available until this week when the latest congressional quarterly disbursements were released.

Misko was the director for the Gulf States at the NSC between 2015 until the first half of 2018. The Washington Examiner has established that the whistleblower is a CIA officer who was on the NSC during the Obama administration and worked on Ukrainian issues with Joe Biden, the 2020 Democratic candidate, when he was vice president.

Ciaramella, 33, is a career CIA analyst and was the Ukraine director on the NSC from 2016 until the summer of 2017. In October 2016, he was Biden’s guest at a State Department banquet.

Before joining the NSC, Misko worked in the Obama administration at the State Department for deputy chief of staff Jake Sullivan, who went on to become Hillary Clinton’s senior foreign policy adviser during her 2016 presidential campaign.

Both Ciaramella and Misko started their tenures during the Obama administration and left during the first year of the Trump administration. The Washington Examiner was told by a former senior White House official that both had a close, “bro-like” relationship while working at the NSC together.

A career CIA analyst with Ukraine expertise, the alleged whistleblower filed an Aug. 12 complaint with the Intelligence Community inspector general about the July 25 phone conversation between Trump and Zelensky.

The suspected whistleblower did this after meeting with a House Intelligence Committee aide on Schiff’s staff about the call, which is now the focus of impeachment proceedings. Before going to the Schiff aide, the whistleblower informed the CIA legal counsel’s office.

Schiff initially denied he knew about the complaint before it was filed in mid-August.

The identity of the Schiff aide who spoke to the whistleblower has not been made public, and it has not been confirmed until now that Misko was on Schiff’s staff at the time.

By Oct. 5, it was reported the whistleblower had never indicated to the inspector general he contacted Schiff’s office before filing the complaint against the president. Three days later, the whistleblower met with the inspector general to clarify why he did not mention his meeting with Schiff’s staff, saying he did not think that anything of “substance” was discussed. Details here.

Both Adam Schiff and Gerry Nadler do not make a move without the knowledge and approval of Pelosi, so she has a hand in this. Taking a wide view for the last 3+ years, the orchestration against President Trump and those in his administration has been well choreographed and when added up the sum is terrifying. Just imagine what we don’t know.