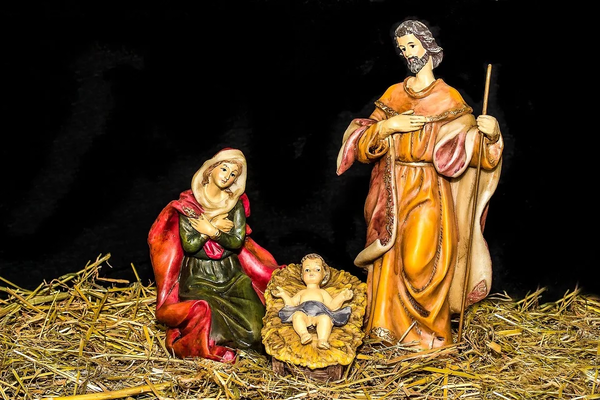 My wife Mary is a great caretaker of our elderly greyhound, whom she gets up early to let him outside to relieve himself. She also takes care of six cockatiels, three parakeets, two cats, and me. Wherever I want to express my appreciation, I take her shopping.

It is amazing to watch Mary’s transformation upon entering a store. Invisible antennas rise out of her head and she becomes laser-focused, in shopping mode. I can see she is happy and will have a good time. Anyone who says women and men are the same is nuts.

Allowing her to enjoy herself, I tell her to call me when she is ready. Off I go wandering into various stores in the mall. It was Saturday and checkout lines in every store were long. Trump’s booming economy was easy to see: 566,000 new jobs, 54,000 manufacturing jobs, 3.5% unemployment rate and 3.1% wage growth.

In 2016, Trump promised that if elected, Americans would say, “Merry Christmas” again. Wandering around the mall, I repeatedly heard shoppers and sales clerks say, “Merry Christmas!” I overheard a father instructing his three sons, “Remember boys, you’re supposed to be shopping for others, not for yourselves.” An adult woman said, “Mom, you’re not listening to me! Okay, we have to part ways,” as she headed to another section of the store. Ah, the sounds of the season. Clearly, the vibe in the air was upbeat and busy. Thank you, President Trump.

Our tiny town of 500 residents in West Virginia had its annual Christmas Parade. The float carrying Santa and Mrs. Claus was beautiful; pretty impressive for such a small town. However, the message that Jesus is the reason for the season was strong, bolstered by three floats featuring live Nativity scenes.

I smiled when I recognized a guy costumed to portray Joseph in one of the Nativity scenes. I met him at a church flea market this summer where he wore a Trump 2020 cap. Wearing my Trump 2020 cap, I approached him and said, “Are you a racist white supremacist?” He laughed as we embraced in a bear hug.

Something else I have noticed is an abundance of new faith-based Christmas songs on the radio. Things have truly changed for the better in America. God has given us the gift of President Trump. I do not mean that in a weird idolatrous way. It is unarguable that the dramatic swift U-turn away from the evil direction our country was going is the result of Donald Trump in the White House.

After the Christmas parade, folks met for hot chocolate, cookies, and homemade donuts gifted by the town bakery. As we chatted with neighbors, it felt warm, friendly, and very Christmas; kind of like Bedford Falls in It’s a Wonderful Life.

Despite the three Grinches’ (Schiff, Pelosi, and Nadler) hate-filled attempts to remove him from office and their party’s war on Christmas, Trump has made Christmas about Jesus again.

Yes, Virginia, there is a Santa Claus (Donald J. Trump) who gives good and honorable gifts. He does not take hard-earned funds from achievers to redistribute to illegals, the lazy and entitled. Here is a look into Santa Trump’s big red bag of gifts to America.

May you and your family have a Merry Christmas and a Happy and Blessed New Year.

It’s true that it only takes two clowns to make a circus.