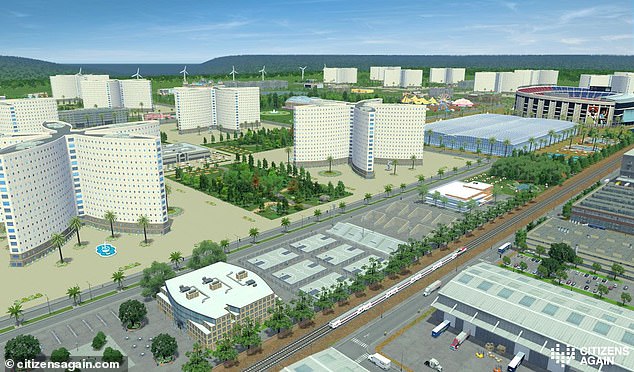 Citizens Again revealed their plan to build a $3 billion city to house 150,000 homeless citizens in California.

As Garry Hamilton put it, what could possibly go wrong? Well, why don’t we ask any SciFi author worth his/her salt? Let’s start with Heinlein. Coventry anyone? It’s not a perfect fit, but the exile model never turns out like the Utopian planners envision. Escape from New York? Hotel California for the homeless? Or more realistically, how about a throwback to the Japanese internment camps? There are so many ways this could go horrifically wrong, I can’t name them all. One thing is for sure, it won’t turn out the way these activists are presenting it.

The name of the activist group is Citizens Again. Not sure what that alludes to but it’s probably nothing good. They have a crowd-funding plan to raise $3 billion in funds to build a private city for the homeless. Currently, it is estimated there are about 150,000 homeless in California, but I think that is severely low-balling that estimate. 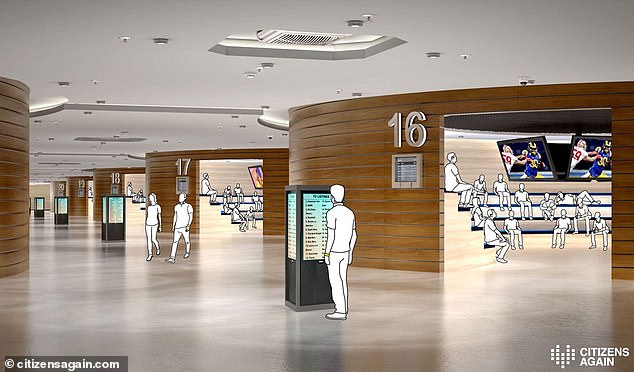 The founder of this progressive, er communist, group is Daune Nason. He announced last Thursday his plans to combat the homeless crisis in the once Golden State. And it’s a doozy. “It’s time to think differently to solve the homelessness crisis: instead of building 4,000 more shelters, Citizens Again is crowdfunding to build 1 city, catering towards America’s entire chronic adult homeless population, and it will be quicker and cost billions less than current efforts,” the press release says.

And it all sounds so wonderful and free until you consider history. But I digress. They want to build a 300-acre city to include numerous services, including high-density housing dorms, a hospital, healthcare, food services, on-site job training, and life skills enrichment. I seem to recall that Hawaii had similar plans and wound up putting their homeless on a barren island that basically stranded the homeless to get them out of everyone’s hair. But I’m sure this time it will be different… not. 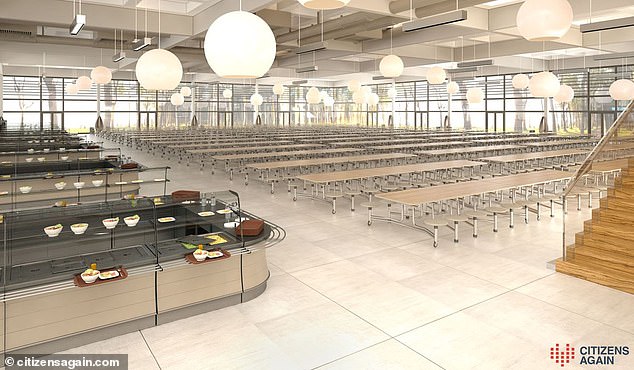 Each neighborhood will have a cafeteria, kitchen and several set eating times to adjust to community members’ schedules (pictured).

Nason is claiming that Citizens Again’s city would be a quicker and more efficient process than the one politicians have laid out. “Based on the government’s placement rate from the last ten years, it will take close to 200 years to create enough shelters to house the 90,000 unsheltered chronic homeless adults. Nobody wants to wait that long,” he wrote. I’m sure they don’t. But think about what is being proposed here.

Many are concerned about depressed property values over this, but that wasn’t my first concern. Every dystopian SciFi version of this particular scenario ends very badly. People go in, but don’t come out. They are monitored constantly. It turns into a giant slum with no way out. Crime is rampant… you have rape, extortion and since this is California, gender-neutral facilities where pedophiles roam at will to sample the young buffet within the confines of this communist utopia. Pregnancies are alotted, abortions enforced, as well as euthanasia. You can bet in the end it won’t just be the homeless sent to a place like this. Down the road, you would have the infirm, elderly, criminals, addicts, and the mentally unstable as well. In fact, any undesirable could find themselves in this hellhole. Hello, conservatives and Christians. 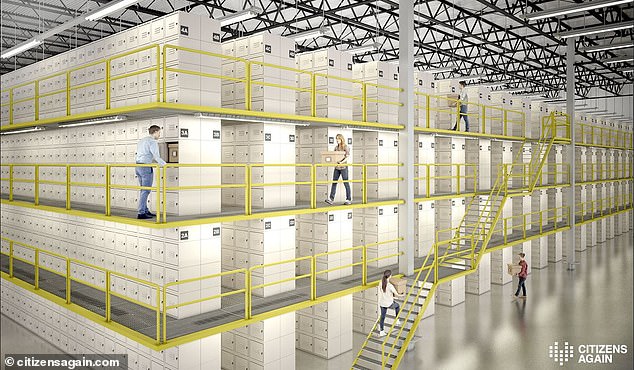 The Citizens Again community will have storage units to accommodate the 150,000 residents living in the city.

If the funding is raised, the project could be ready in 11 years. With those inclined to do such things such as George Soros, Bill Gates, Warren Buffet and others… it may even get fast-tracked. “I’ve looked at a couple of different locations in California. It’s going to have to be in a moderate climate, probably somewhat of a flatland. I’m going to need about 300 acres,” Nason told Good Day Sacramento. Hello, Agenda 21 on steroids.

Nason says that a project of this caliber will take time and resources. “Definitely it’s an ambitious project. There’s never been anything like this in the history of the country. This is going to be very massive. It’s going to require a lot of people to work together on this,” he said. “‘Qualified citizens’ – for which the criteria have not been revealed – will live in the city and are free to leave at any point.” Sure they will be. I foresee this as a modern-day gulag – a very large prison camp in the end. They may be allowed to leave in the beginning but before long, that won’t be the case. It could also turn out to be a very large psych ward. Just sayin’. There’s enough fodder here for a dozen SciFi novels.

The group plans on having 16-story dormitories, providing residents with sleeping quarters and communal bathrooms with private showers. I guess it depends on what you call ‘private’. Each neighborhood will have a cafeteria, kitchen and several set eating times to adjust to community members’ schedules. Just like in a gulag – you eat what and when you are told to.

Among the entertainment options will be arcades in every neighborhood. The neighborhoods will also include communal TVs with tiered seating to fit multiple people. And you can bet the news will be all propaganda etc. and the selection of viewing will be censored heavily. Breads and circuses, oh my.

One of the more notable tasks is Citizens Again’s plan to build underground tunnels for deliveries and workers to commute to their jobs outside the city. The underground tunnels will help ‘minimize disruption of citizen life’. That doesn’t sound good at all. I seem to recall work trains that the Nazis used as well. Only instead of deportations, this will be for enforced labor.

When residents are prepared to leave, they will receive therapy in addition to skills training. Sure they will. Either they will never leave at all or they will be ‘reeducated’. “It will be a city they’ll want to live in, a community they’ll want to be part of, and for those that desire, an opportunity to gain life skills to integrate back into society,” the website said. It will be a place to hide away those that progressives don’t want among them… the great unwashed masses including political exiles. I’ve read this script many, many times before and it figures it surfaced in California this time. I’m just surprised it did not do it earlier.

Combatting homelessness can be done in a sane and humane way. In Utah, they provide apartments for the homeless as long as they will work at jobs provided to them and make an effort to get on their feet. This could be done across the nation. Those too ill, elderly, or mentally unstable should be taken care of in clean, well-cared for facilities. Addicts should be forced into rehabilitation etc. But are liberals doing any of this? Nope. They’d rather go the gulag route.

Any way you look at this proposal, it ends very, very badly. If California actually sanctions this and does it and it’s as bad as I think it will be, the feds might have to eventually step in to stop this insanity. The homeless congregate in these large cities because liberals promise them freebies. What they get is a hellish nightmare trap in the end.

Those who don’t know history are doomed to repeat it. And then there are those who intentionally reiterate monstrous measures by others. Somewhere very toasty, FDR is smiling like hell. 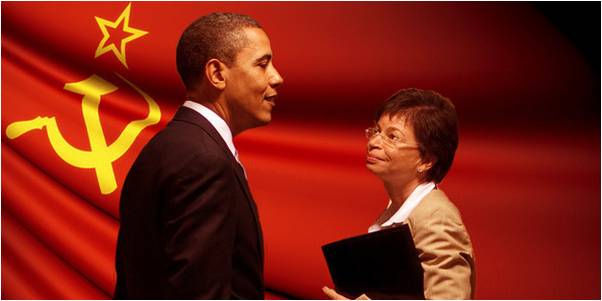 I use to think money was the root of all evil, but my assumption was wrong. It’s politics.