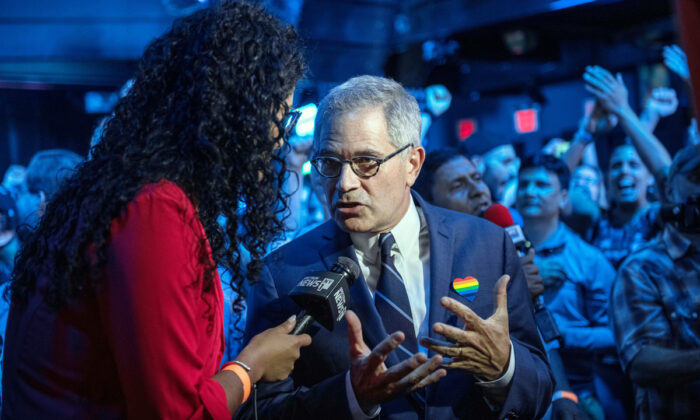 Far-left district attorneys have been elected to several major jurisdictions across the United States.

It’s likely that Soros and his friends in the ultra-secretive Democracy Alliance have helped finance at least some of these races. However, these victories could not have been achieved without on-the-ground support from the Democratic Socialists of America (DSA) and their pro-China communist friends from Liberation Road and LeftRoots.

Respect for the rule of law is essential to the functioning of a free constitutional republic such as the United States of America. Socialist DAs, rightly or wrongly, claim a lot of discretion over which laws they enforce and which they don’t.

By not enforcing laws against vagrancy, street prostitution, public drug use, shoplifting, and petty vandalism, more serious crime soon becomes endemic. By heavily penalizing businesses and landlords for even the smallest failure, good businesses are forced out or are closed down. Soon poverty and homelessness increases, and police forces become demoralized and corrupt.

Discontent becomes the order of the day: “See the capitalist system is failing you,” the left says.

Marxists also believe that crime is not the fault of the individual but is the result of the oppressive class structure of the “capitalist” system. Therefore, it’s illogical and unjust to penalize people for committing crimes that society is actually responsible for.

Therefore, a revolutionary DA sees it as a duty to reduce or eliminate penalties for property crime and to hamstring the police as much as possible to prevent them from oppressing the “people” on behalf of the “ruling classes.”

According to DSA-linked Jacobin magazine, “In Philadelphia, Larry Krasner, a self-described ‘completely unelectable’ defense attorney with a history of suing the city’s police department and representing Black Lives Matter and Occupy activists pro bono, became the city’s top prosecutor” in 2017.

Krasner ran on a radical platform: “With a campaign spearheaded by former Bernie Sanders volunteers and pledges to end to [sic] cash bail, the death penalty, and mass incarceration, he won by a three-to-one ratio, thanks largely to the votes of the city’s communities of color.”

Liberation Road backed Krasner through their 215 People’s Alliance. Old Maoists such as Ron Whitehorne and younger LeftRoots radicals such as Bryan Mercer were all out pounding the pavement for Krasner. 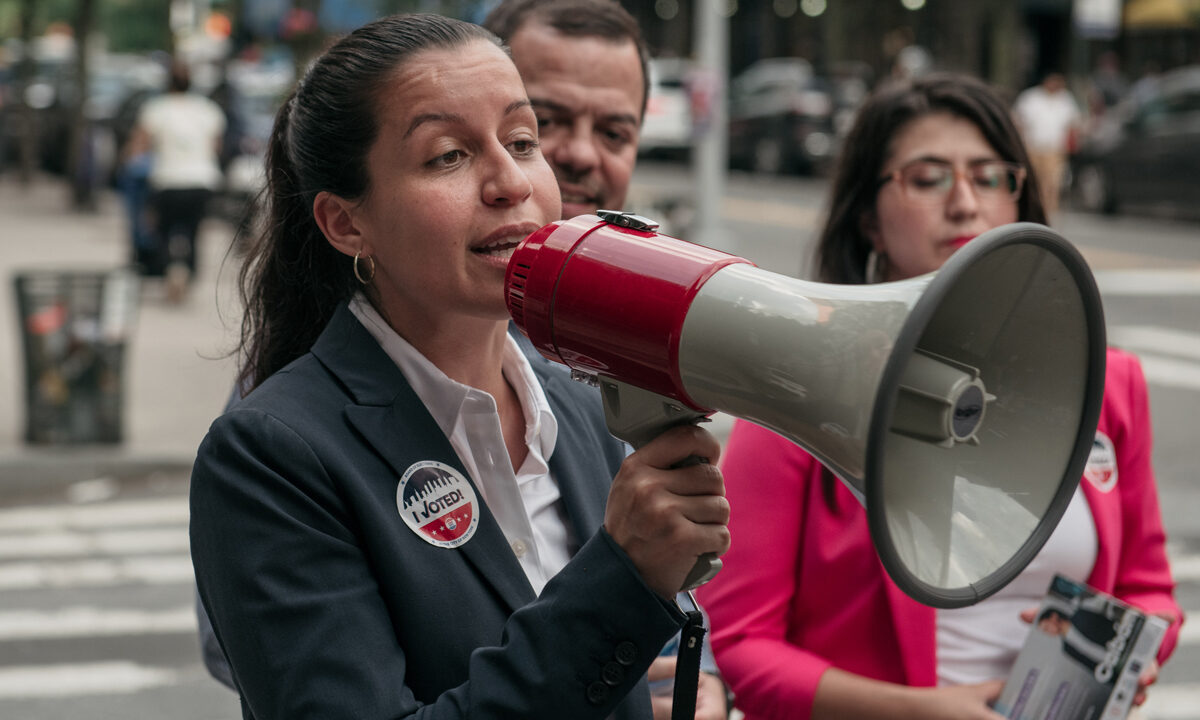 In 2019, directly inspired by Krasner, a virtually unknown public defender, Tiffany Cabán, ran for DA in Queens, New York. Cabán built a grassroots campaign that brought in community organizations, such as Liberation Road-aligned Make The Road New York, plus the Working Families Party, Citizen Action, and the DSA.

New York DSA member Oren Schweitzer revealed the extent of DSA involvement in the Caban campaign in The Call.

“Cabán is a career public defender and DSA member who is running a racial justice campaign with a clear class-struggle message. Her campaign is focused on ending the use of cash bail, declining to prosecute a plethora of crimes of poverty such as jumping turnstiles, ending the war on drugs and sex workers, and demilitarizing the police. Moreover, Cabán has promised to use the Queens County District Attorney’s office to prosecute abusive landlords and despotic ICE agents, set up participatory budgeting for the district attorney’s office, and launch a wage theft unit to take on hyper-exploitative bosses.

“DSA-sponsored events accounted for thousands of the signatures needed to get Cabán on the ballot, and DSA members also contributed significantly to non-DSA petitioning events. And just recently, Alexandria Ocasio-Cortez endorsed Cabán, throwing the campaign onto the national stage.”

Schweitzer also makes it clear that the DSA sees “criminal justice reform” as a critical component of socialist revolution.

“Criminal justice reform, and ultimately destroying the existing prison system, is central to any socialist program—especially because of the role that incarceration plays in racial oppression. Black and Latinx people make up 56% of those in prison and jail despite comprising only 28% of the total US population. People of color are also disproportionately victims of police violence and murder, and ICE routinely terrorizes immigrant communities of color.

“Ultimately, as socialists, we fight for the elimination of police and prisons in their current form. In the current moment, that means organizing explicitly toward ending mass incarceration and demilitarizing the police in order to build greater consciousness about the need for even more radical reforms. Tiffany Cabán’s campaign is so powerful because it builds off the example being set in Philadelphia by Larry Krasner and pushes precisely these immediate reforms forward. …

“That message was front and center at the first canvass I attended for Cabán. The DSA members leading the training advocated that at the door, we explicitly point out the ludicrousness of charging people for jumping turnstiles while landlords throughout Queens get away with illegally denying their tenants heat during the winter. The canvass was an excellent reminder of how DSA members, by working alongside other activists and speaking to thousands of people, can explicitly connect class-conflict politics with the fight for criminal justice.”

In the end, while Cabán was ahead on the night of the June primary, she narrowly lost to a slightly more moderate Democrat when the final votes were tallied.

The shopkeepers and upstanding citizens of Queens must have breathed a huge sigh of relief.

“A lot of DSA members worked hard for this campaign, Tiffany Caban among them (a consolation for her loss is that she helped Boudin win), and for Dean Preston for Supervisor, which we endorsed. Happy that the late ballots pulled them over the top!!”

“Now is the moment to fundamentally transform our racist and broken criminal justice system by ending mass incarceration, the failed war on drugs and the criminalization of poverty. Congratulations Chesa Boudin for San Francisco District Attorney on your historic victory!”

Chesa Boudin is the son of Kathie Boudin and David Gilbert, former Weather Underground terrorist leaders who were jailed in connection with an attempted robbery of a Brink’s armored car in 1981 that resulted in the death of two police officers and a guard. Chesa was raised in Chicago by Weather Underground leaders and long-time Obama friends Bill Ayers and Bernardine Dohrn.

The crime and filth infested streets of San Francisco are not likely to improve much with Chesa Boudin running the prosecutor’s office.

More and more businesses and affluent taxpayers will likely leave San Francisco over the next few years. Once the greatest tourist city on the West Coast, it’s sinking into crime, misery, and disease.

And misery is just what the revolutionaries are aiming for.