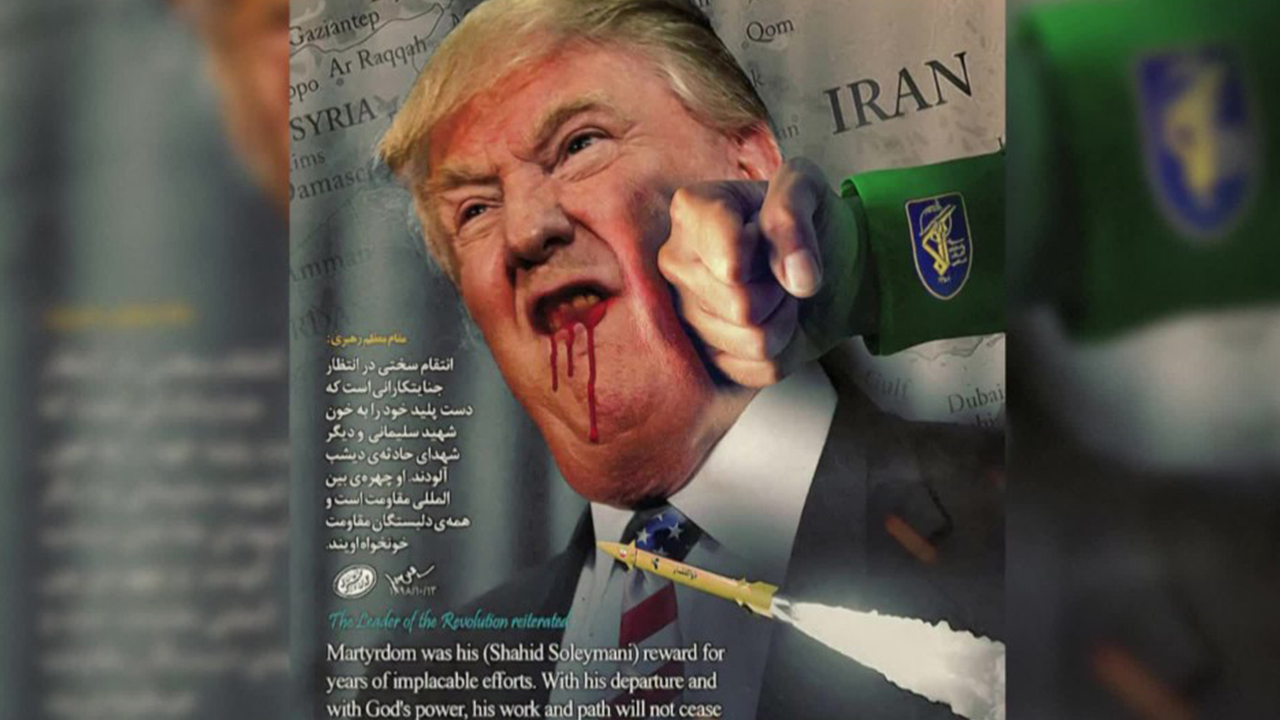 It seems with the timing, that as I was publishing an article yesterday about Iran’s robust cyber operations, they or their proxies were at work taking down our own Department of Homeland Security website. Another thought is a domestic Iranian sympathizer took down the site.

A website within the Department of Homeland Security was offline Sunday after a hacker uploaded photos onto the site that included an Iranian flag and an image depicting a bloodied President Donald Trump being punched in the face.

Apparent hacking by an #Iran-linked group of a US government website (the little-known Federal Depository Library Program). https://t.co/r47ODmt4Pw is currently offline. pic.twitter.com/8dx7EDUZvu

The images appeared on the Federal Depository Library Program program’s website late Saturday before the site was taken offline. The Cybersecurity and Infrastructure Security Agency, a division of the Department of Homeland Security, said it was monitoring the situation.

“We are aware the website of the Federal Depository Library Program was defaced with pro-Iranian, anti-US messaging,” the cybersecurity agency said in a statement. “At this time, there is no confirmation that this was the action of Iranian state-sponsored actors. The website was taken offline and is no longer accessible.”

The statement added that “in these times of increased threats” all organizations should increase cyber monitoring, back up IT systems, implement secure authentication and have an incident response plan ready should a hack take place.

“Iran maintains a robust cyber program and can execute cyberattacks against the United States,” DHS warned. “Iran is capable, at a minimum, of carrying out attacks with temporary disruptive effects against critical infrastructure in the United States.”

The library program website essentially had been replaced with a page exclaiming “Iranian Hackers!” An image of Iran’s supreme leader Ayatollah Ali Khamenei also was posted, along with a message that “martyrdom was (Soleimani’s) reward for years of implacable efforts.

A graphic showed Trump being punched by a fist from Iran amid a flurry of missiles.

“With his departure and with God’s power, his work and path will not cease and severe revenge awaits those criminals who have tainted their filthy hands with his blood and blood of the other martyrs,” a message on the website read.

Another message claimed the hack was the work of an Iranian “security group,” adding that “this is only a small part of Iran’s cyber ability!”

Iran has promised a military response to Soleimani’s killing. Trump has vowed that if Iran attacks an American base or any American, “which I would strongly advise them not to do, we will hit them harder than they have ever been hit before!”

I also received the following bulletin yesterday from the DHS email system. 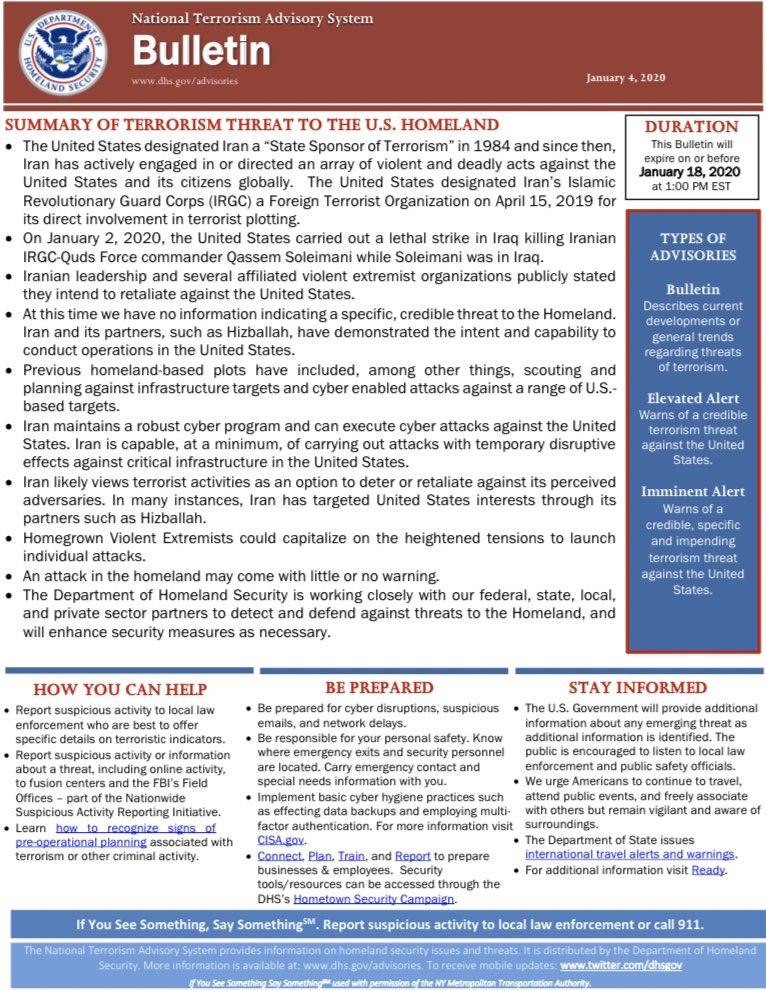