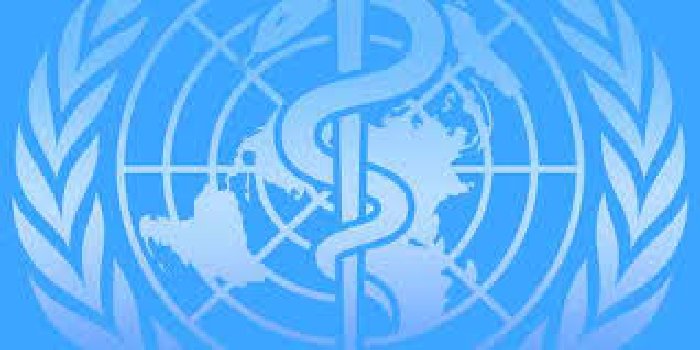 Since “climate change” has not ushered in a world government, the global health crisis will have to do. Hence, Greta Thunberg has announced it’s “extremely likely” she has had coronavirus. She wasn’t tested but quickly recovered, she says. Now, we are told, the world has to come together to create a global government financed by global taxes to deal with future pandemics.

“Gordon Brown calls for global government to tackle coronavirus” is the British Guardian headline over a story about the former Labor prime minister.

Globalist organizations led by the World Federalists are leading the charge. This year, however, they think the timing is on their side. Their “UN2020” movement is taking advantage of this year being the 75th anniversary of the United Nations. They believe the coronavirus can be exploited to get the nations of the world united behind the push for “another, better path for humanity.”

Their “plan of action,” as set forth in a draft of their “People’s Declaration,” is unfolding mostly behind-the-scenes as the 75th anniversary of the United Nations “provides a much-needed opportunity for system-wide stocktaking, strengthening and renewal.”

The World Federalists are sometimes regarded as small and without much influence, but the fact is that prominent personalities such as Walter Cronkite, the former CBS Evening News anchorman, were world federalists. What’s more, President Clinton and then-First Lady Hillary Clinton endorsed the group’s activities during the time of the Clinton Administration.

Former Clinton official Strobe Talbott wrote a book, The Great Experiment, describing his own background in the pro-world government World Federalist Movement and naming a network of friends and close associates that included billionaire leftist hedge fund operator George Soros. The purpose of Talbott’s book was to promote “global governance,” a euphemism for world government, and was defined in the subtitle as “The Quest for a Global Nation.”

With a pandemic sweeping the globe, they think this is their time to strike. A draft of their declaration urges mechanisms such as an “Independent Commission on Global Governance” or a “United Nations Parliamentary Assembly” to be pushed by sympathetic governments.

“Far quicker than most of us could have imagined, a world-encompassing health crisis…has shaken the global order to its core,” it says, adding that “…no longer can we behave as if our current institutions are sufficient to secure our future…To meet growing demands, a revitalized UN system would need a reliable source of funding.”

Entitled “Humanity at a Crossroads: global governance at a time of global uncertainty,”  the document calls for consideration of proposals such as an international carbon tax, a fossil fuel consumption tax, a global tax on select mineral resource extraction or usage, a minimum international corporate tax, a financial transaction tax, and “other fiscal policy options.”

But here’s their bottom line, in their own words: “A global tax body to enforce these options should also be considered.”

My 1997 book, Global Taxes for World Government, available for free at my America’s Survival website www.usasurvival.org, describes this movement.

On Capitol Hill, Senator Edward J. Markey, member of the Senate Foreign Relations Committee, has been joined by other liberals in calling on President Donald Trump to introduce a United Nations Security Council resolution that declares pandemics a clear threat to international peace and security. As part of this resolution, they want to “Mandate that, in the event of a declared health emergency, all countries ensure on-the-ground access by World Health Organization (WHO) officials, as well as require that all countries transparently disseminate timely public health information to the WHO and to their own people.”

Of course, the U.N.s World Health Organization has been widely accused of a pro-China bias and stalling on the declaration of a public health emergency surrounding coronavirus. Equally significant, its director-general, Dr. Tedros Adhanom Ghebreyesus,  was a member of the “High-Level Task Force for Innovative Financing for Health Systems,” a group which recommended global taxes for the U.N. They call them “solidarity levies” on airline tickets, tobacco, and currency transactions.

Tedros’s praise for President Trump, saying he is doing a “great job” in fighting the pandemic, is a recognition of reality. Tedros understands that Trump’s leadership has more than compensated for the lack of expertise from the WHO and the Centers for Disease Control. Tedros’ job is on the line, as an online petition with 563,013 signatures as of Thursday afternoon is urging his resignation.

Whether that resignation comes or not, it will be important for President Trump to continue to resist calls for more globalism to fix the problems caused by globalism.