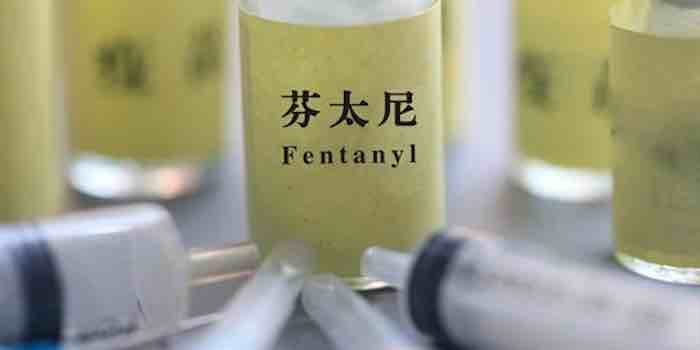 There are people in China and America, some with connections to the Wuhan Institute of Virology, who are upset with reports that the coronavirus is linked to the lab. They want to blame President Trump for a plague unleashed by China. But it turns out there are many controversial labs in Wuhan. Some “study” viruses. Some produce fentanyl.

A fascinating article in the Los Angeles Times reveals that before Wuhan became known for a virus killing tens of thousands of people, it was the main source of fentanyl, described as the deadliest drug to ever hit U.S. streets, which is also killing tens of thousands of people. Datelined Mexico City, the Los Angeles Times article began, “For drug traffickers interested in getting in on the fentanyl business, all roads once led to Wuhan.” It reported, “Vendors there shipped huge quantities around the world. The biggest customers were Mexican drug cartels, which have embraced fentanyl in recent years because it is cheaper and easier to produce than heroin.”

“The Chinese government is the world’s largest drug dealer,” says Senator Tom Cotton. “China has allowed fentanyl and other synthetic opioids to pour into the United States for years, killing tens of thousands of Americans.” Democratic Senator Chuck Schumer agrees, saying, “We must hold China, currently the world’s largest producer of illicit fentanyl, accountable for its role in the trade of this deadly drug.” Their Fentanyl Sanctions Act was included in the National Defense Authorization Act (NDAA) for Fiscal Year 2020.

But now we find our nation engulfed in another made-in-China health crisis.

Despite promises from Chinese authorities to crack down on drug trafficking, nothing much has changed. The January 2020 DEA report, Fentanyl Flow to the United States, says, “Currently, China remains the primary source of fentanyl and fentanyl-related substances trafficked through international mail and express consignment operations environment, as well as the main source for all fentanyl-related substances trafficked into the United States.”

Another piece of the puzzle may be found in a 2012 news story that is haunting in its implications for U.S.-China “cooperation” in general and medical and scientific research in particular.

An African businessman dealing with China by the name of Ojukwu Emma was interviewed by NPR back in 2012 and said, “We find it difficult because of the language barrier. They are not like us. The culture, everything is very different, you understand?.” He went on to say, “The Chinese believe when they cheat people they are clever. They are not feeling like it’s cheating. But they feel it’s clever, you understand.”

This helps explain their lies about coronavirus.

After Barack Hussein Obama was out of office, the Washington Post finally offered some relatively even-handed coverage of the Obama Administration, reporting that back in May 2016 “a group of national health experts issued an urgent plea in a private letter to high-level officials in the Obama administration” about the fact that thousands of Americans were dying from overdoses of fentanyl. These experts said the administration needed to take immediate action because the epidemic had been escalating for three years. “The [Obama] administration considered the request but did not act on it,” the paper said.

Under Obama, in 2015, the U.S. death rate rose for the first time in a decade. Deaths from drug overdoses were a major factor.

The worst drug crisis in U.S. history did not get the attention it deserved until President Trump declared opioids a public health emergency in October 2017. Figures show that drug overdose deaths overall rose from 38,329 in 2010 to 70,237 in 2017, followed by a significant decrease in 2018 to 67,367 deaths. Progress is finally being made.

Jesse Le Blanc, a concerned citizen and retired mechanical engineer with a home in Colorado, where legal marijuana has devastated the state, commented, “From my observations and knowing a bit of history, the Opium Wars between the British and Chinese almost perfectly illustrate what is going on today between the Chinese and the West. Basically, the Chinese are using the same playbook that the British used during this time period, and they may also be trying to get a bit of revenge for almost a century of humiliation.”

Revenge is one way to describe what is happening to America. Another word for it is war.

The reason I’m writing today has to do with the homeschooling of my granddaughter; she’s in the first grade.  One of the books on her ‘required reading list’ has the title, Pinkalicious, and is clearly marked for beginning readers Level 1.

I was in the office when my daughter in law came over and asked, “Dad, how do you say this word and what does it mean?”  I took the book from her, looking at the word she was pointing to, ‘fumfy’.  I’d never seen that word before so, being at my laptop; I did a quick search for ‘fumfy’ to learn its meaning.

Apparently it’s a recently ‘made up’ word that’s found in the Urban Dictionary; that should tell you something.  But why is such a word being used in a book to teach first grade children how to read and understand our English language?

I’d met some people who were frumpy, some who were grumpy; but, looking at the word ‘fumfy’ didn’t give me a clue as to its actual meaning.

I should be grateful for the internet’s ability to answer interesting useless or nearly useless information at the speed of thought, and I am, really.

Here you go; the Urban Dictionary defines… Fumfy: a combination of fluffy, puffy, and comfy.  As Church Lady from the old SNL show would inject, “Well, isn’t that special.”

Getting back to my original concern, if neither I nor my grown daughter in law knew this word, then what the heck was it doing in a book where young children are being taught the use of the English Language.  It seems like ‘fumfy’ might qualify as a slang term rather than legitimate vocabulary in use or even accepted as everyday English.

There are some who would argue that the writings of Dr. Seuss violate the kind of logic I’m pointing out.  There’s an article by Ben Frankeberger which explains quite a bit about Theodor Seuss Geisel…

“The man better known as Dr. Seuss used sleight of hand to make readers believe his seemingly silly rhymes were just that. But the good doctor’s prose, be it concerning plates of eggs or mustachioed tree-people, was deceptive. His casual couplets and nonsense words serve as a linguistic boot camp for kids.”

The second paragraph of that article answered most of my questions as to why such odd language and words in a children’s book were appropriate.  According to Professor LouAnn Gerken, Ph.D.:

“Rhythm is a vital tool for babies to understand when phrases end and begin – their first step in learning language. After they get a handle on that, rhythm helps infants develop a motor pattern. As springy, heavily rhythmic prose is one of the hallmarks of Dr. Seuss’ works, the good doctor presents a crash course in early linguistics.”

Okay, I get that; but how can my granddaughter’s reading material contain a one-word response, ‘fumfy’, a word that is neither easy to say nor does it rhyme with anything around it; how can this be justified?

I can only hope that when these kids go back to having classes at school, learning classical music to enrich their lives, the list doesn’t have artists like 50 Cents teaching them Rap.

I’m old school and simply miss Jack and Jill going up that hill to fetch a pail of water.