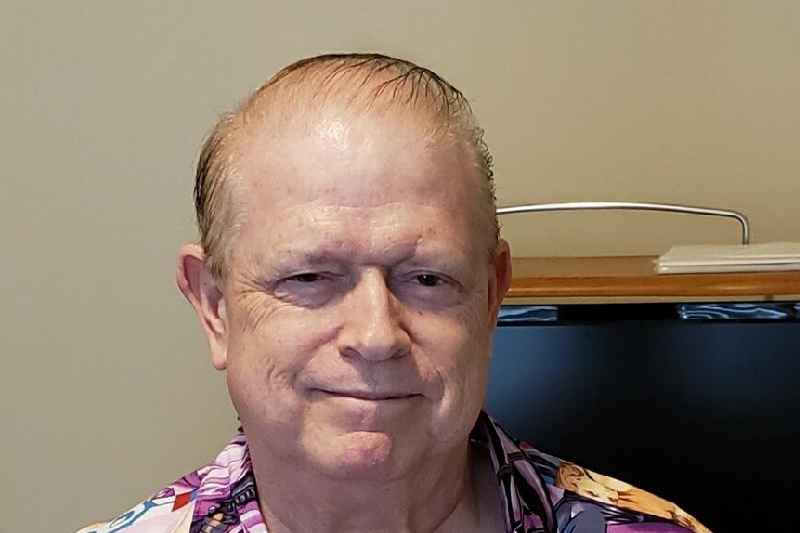 Everything was fine until it wasn’t. Garry had chemo on Monday and his markers are still great. Then he started to get a stomach ache… a bad one. He also could not go to the bathroom. He figured it was just gas and it seemed to get better later in the day. Wash and repeat on Tuesday. Both nights he could not sleep and Tuesday night, nausea started. We were both up all night and I didn’t like the greyness of his color.

He got his pump off Wednesday morning. I told him to talk to a doctor, nurse, or anyone that would listen about the pain. The oncology nurse recommended that he go to the ER and get a scan for a bowel obstruction immediately.

He was so weak he had to come home and sleep a couple of hours first. We then took him to the ER. I had his medical bag, water, masks, and gloves. We got inside and they would not let me go with him. I left him with the supplies and went home more than a little upset.

They did a CAT scan and it was gallstones. They kept Garry there last night and he will have surgery today or tomorrow. This may have been a side effect of the chemo and the ostomy. But it was serious enough they wanted to get it done and over with. The doctor did not want to put it off. Hopefully, Garry will be back in a day or two. He was much better this morning and the pain was gone.

The surgery was unexpected but thankfully it is not one of the more serious ones on his possible list. Thank you for all your prayers and I’ll keep you updated.

If you want to help Garry out, you can give at GoFundMe. You can donate here. You can also donate on PayPal. My email there is [email protected] or you can use the PayPal link on the upper right side of NoisyRoom.net to get there. If you would like to donate some other way, email me at [email protected] and I’ll send you instructions.