There is no longer a prosecutor on the LTG Flynn case after the Department of Justice filed the motion to terminate the case against him. It was expected that Judge Emmet Sullivan would approve the DoJ motion yet the Judge went sideways and has now asked for Amicus Curiae briefs. Exactly who receives the invitation to file those briefs is to be scrutinized. 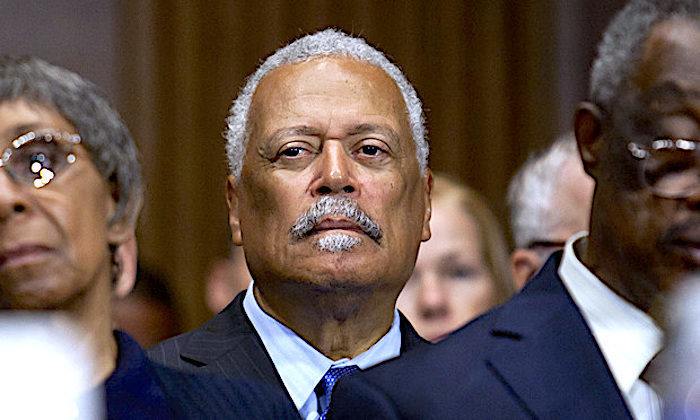 This decision by Judge Sullivan is so legally contentious that an 11-page motion to leave the amicus brief was immediately placed into the pipeline.

Judge Sullivan’s invitation was extended to a group known as former Watergate prosecutors. These lawyers were aiding the House Impeachment Team asserting that Donald Trump

● Trump conditioned protection of the military security of the United States and of an ally (Ukraine) on actions for his personal political benefit.

● Trump subordinated the integrity of our national electoral process to his own personal political interest by soliciting and encouraging foreign government interference in our electoral process, including by Russia and China. He also appears to have demanded that Ukraine investigate a potential 2020 political opponent and pursue the conspiracy theory that Ukraine had interfered in the 2016 presidential election, despite the unanimous conclusion of the U.S. intelligence community that it was Russia that had interfered.

● According to the evidence laid out in the Mueller report, Trump engaged in multiple acts of obstruction of justice in violation of federal criminal statutes and of his oath of office to “take care that the laws be faithfully executed.” Because Mueller viewed Justice Department policy as precluding him from filing criminal charges against the president, the special counsel appropriately stated that these abuses are for Congress to address.

Additionally, there is yet another group that signed a letter condemning AG Barr’s motion regarding the Flynn case. This particular group was mobilized by an organization called Protect Democracy. The group was founded and is led by Ian Bassin who served as an Associate White House Counsel from 2009-2011, meaning the Obama White House. Bassin also says that the MAGA hats broke the Hatch Act law. So, this is not about a legal challenge but it is for sure political. Protect Democracy is still soliciting signatures through May 25. The Co-Founder and legal advisor is Justin Florence who most recently served as counsel in Ropes & Gray’s business & securities litigation practice group, where his practice focused on appellate and Supreme Court matters. He has represented clients in the Supreme Court and federal courts of appeals, as well as at the trial level. He has previously served in the Office of the White House Counsel as Special Assistant to the President and Associate Counsel to the President. Justin also worked for Senator Sheldon Whitehouse as Senior Counsel on the staff of the Senate Judiciary Committee.

The letter in part reads:

It is now up to the district court to consider the government’s motion to dismiss the Flynn indictment. We urge Judge Sullivan to closely examine the Department’s stated rationale for dismissing the charges — including holding an evidentiary hearing with witnesses — and to deny the motion and proceed with sentencing if appropriate. While it is rare for a court to deny the Department’s request to dismiss an indictment, if ever there were a case where the public interest counseled the court to take a long, hard look at the government’s explanation and the evidence, it is this one. Attorney General Barr’s repeated actions to use the Department as a tool to further President Trump’s personal and political interests have undermined any claim to the deference that courts usually apply to the Department’s decisions about whether or not to prosecute a case.

You can read the letter and see the signatures by clicking this link.