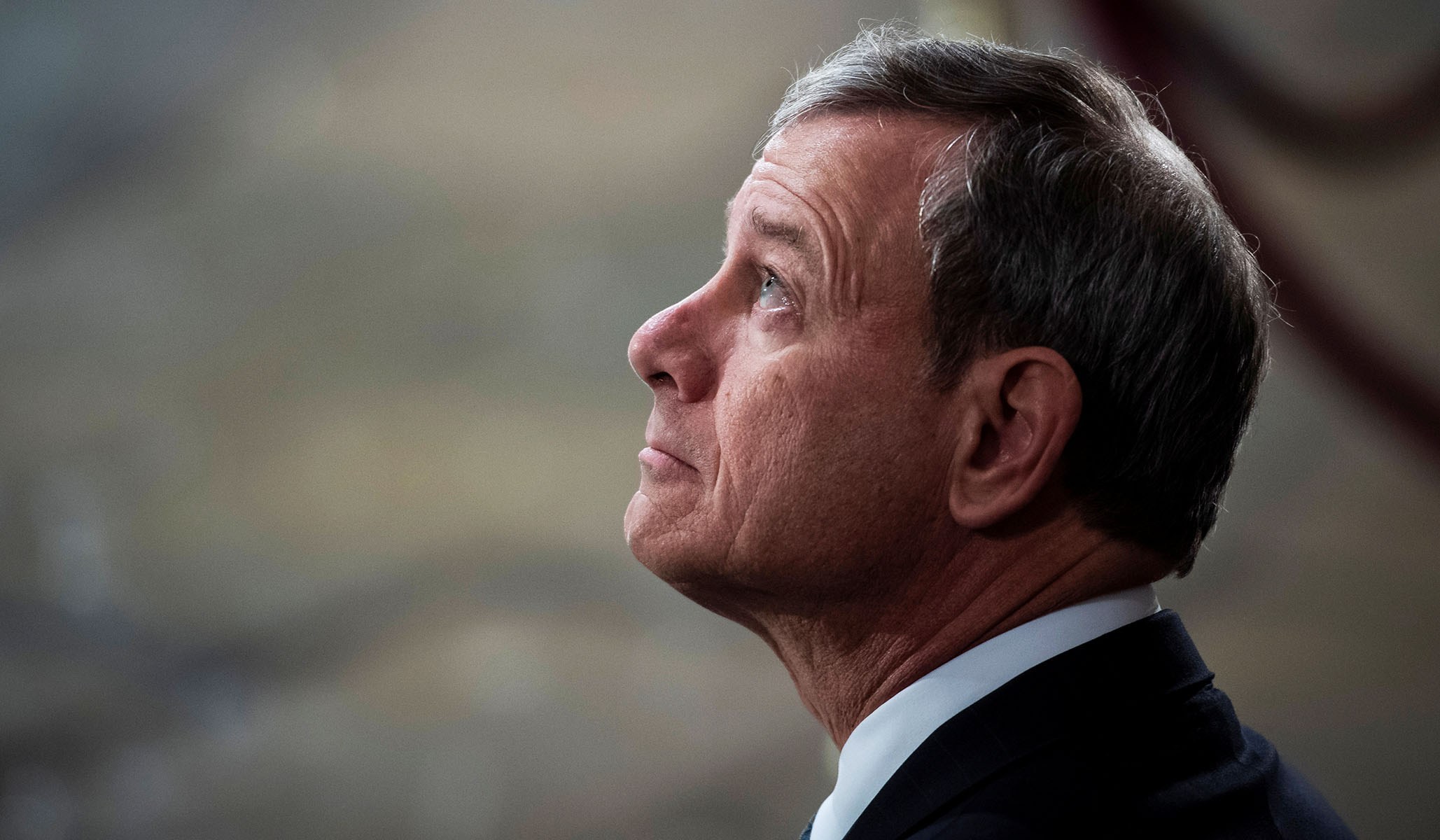 Two days later, St. John’s Episcopal Church in Washington, D.C. went up in flames as rioters were threatening to attack the White House.  The more than 200-year-old church sits near Lafayette Park, across from the White House, where Secret Service agents and police fought with communist agitators.

It appears that arsonists have better access to churches than the parishioners.

In other anti-Christian actions, graffiti was written on St. Patrick’s Cathedral in New York that included BLM, standing for Black Lives Matter, and “F–k F–k” in red letters. In Louisville, Kentucky, professional protesters broke windows in the rectory of the Cathedral of the Assumption. They were then boarded with plywood.

I returned to the disgraceful Roberts ruling after contemplating the Bible readings for May 31, including the Gospel of John 20:19-23, about the disciples of Christ hiding in a room because they were scared of the religious authorities of the day. Suddenly the resurrected Christ appeared and they were given the spirit of God and the authority and power to defeat the demonic forces of the secular world. The rest, as they say, is history, except that many of today’s ministers are hiding in rooms, conducting fake church services over the Internet, some with “spiritual communion,” rather than the real thing. They defend their sanitary “church services” with a camera crew while wondering when the state will decree that they can meet with real people. Many such “virtual” services conclude with requests for online donations for the invisible collection plate. After all, the religious bureaucracy that depends on the state for favors and even grants must be fed.

I watched one “virtual” service over the Internet on Sunday night, with the minister reciting the reading about Jesus appearing to his disciples after rising from the dead and showing them his hands and his side, the evidence of the crucifixion. The reading says, “The disciples were filled with joy at seeing the Lord, and he said to them again, ‘Peace be with you. As the Father sent me, so am I sending you.’”

The minister reading these words didn’t seem to comprehend the significance of telling the story of disciples hiding in a room while he read the Bible from a small room himself, filmed in isolation so it could be presented to his flock through a computer connection.

It’s a fact that many of today’s ministers are afraid to challenge the secular authorities of this era, such as “Lockdown Larry” Hogan, the Republican Governor of Maryland, or Gavin Newsom, the Democrat Governor of California.

A major exception is South Bay United Pentecostal Church in Chula Vista, California, which challenged Newsom’s lockdown order that resulted in the Supreme Court’s 5-4 ruling against the First Amendment.

Charles LiMandri, the Chief Litigation Counsel for the Freedom of Conscience Defense Fund, handled the case for the church and its pastor, Bishop Arthur Hodges. He insists it was not a complete dismissal of South Bay Church’s case but was “largely based on the very high standards required for our obtaining an emergency injunction.”  LiMandri noted that Roberts’s ruling was “a solo concurring opinion with little to no precedential value.” That is true but the implications of this 5-4 opinion are nonetheless startling. This is a real decision with practical consequences.

That’s right: the secular authorities have determined that marijuana businesses selling dope have more rights than churches. It appears that the stoners are more inclined to vote the way the liberals want them to vote.

The conservative Catholic writer, Vic Biorseth, noted that it was the “conservative” Roberts who approved Obamacare when he changed the nature of the legislation in a controversial court ruling and “illegally adjudicated it into law.” Yet, it was unconstitutional on its face, to begin with. “So it doesn’t matter what the law under consideration says, nor does it matter what the Constitution says; all that matters is the balance of the partisan division on the Court and which way the political wind is blowing at any particular moment in time,” commented Biorseth.

The wind in today’s “moment in time” is to close down churches while keeping pot shops, abortion clinics, and liquor stores open. That’s how communist riots in the streets can be termed “unrest” and “peaceful” by the secular press. But when five members of the Supreme Court, including the Chief Justice, accept this garbage, you know we as a nation are in deep trouble.

Biorseth concludes, “If a purposeful violator of the Constitution who is a sworn officer of the government is not a domestic enemy of America and a traitor, then there is no such thing, and the Constitution itself is without meaning, and America has lost it very purpose for being.”

Those are strong words. But when Roberts joins the four liberal justices to restrict Christian worship in California, can we explain it any other way? And isn’t it a fact that the churches, for the most part, have become slaves to the state, willing and even anxious to please the corrupt authorities?