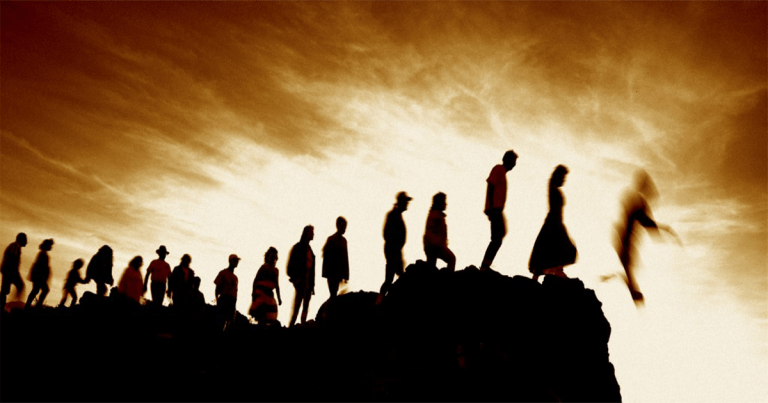 Corporations – with furloughed employees from sea-to-shining-sea – are falling all over themselves to massively expand their woke budgets and throw money at “Black Lives Matter” (BLM) and similar “social justice” organizations.

And massively means MASSIVELY: $565 million as of June 11, 2020, according to one report.  But as we’ll see, this money is not going toward addressing “systemic racism,” nor “inequality.”

But first, just imagine what all that money could accomplish if invested toward addressing the root causes, in a spirit of Black lives mattering, instead of hollow symbolism and racial jingoism of BLM.

Such as: monetarily supporting pro-life groups, that by definition oppose Planned Parenthood – which probably snuffs-out more Black lives in the average month than there have been police shootings since the founding of this country (including justified and non-justified police shootings).  Abortion is the leading root cause of premature death among Blacks.

Such as: monetarily organizations promoting the restoration of the nuclear family, including faith-based institutions, since illegitimacy has become rampant in the Black community, and is one of – if not the – single greatest root cause of future poverty.

Such as: monetarily supporting organizations providing vouchers or scholarships to private schools for Black youth – so that they can access to quality education that will help position them for future prosperity, instead of being trapped in the public education system. Lack of access to high-quality education is a root cause of continued poverty among Blacks. (See the documentary “Waiting for Superman” for a heart-wrenching depiction of Black mothers desperately seeking better educational opportunities for their children.)

It’s not genuine concern for Black lives mattering that’s driving the dollars from the woke corporations, but cynical racial virtue-signaling – merely a variation of a traditional PR or marketing campaigns intended to burnish the image of the corporation.

That, and succumbing to a de facto protection racket run by a woke mob – one that (amongst other things) threatens social media opprobrium for, e.g., “racism.”

(One of the woke mob’s recent self-serving, newspeak mantras being “Silence = Violence.” Meaning that if you don’t publicly kneel as a corporation and “donate” big moolah, your company is not just “racist,” but committing violence against the Black community.  Somehow.)

On a superficial level, this racial virtue signaling is a logical extension of the “Environmental, Social and Governance” (ESG) gambit currently in vogue amongst large corporations (more on ESG at some other time).  For now. suffice it to say that ESG is a sugar-coated way to inject a Progressive sheen into business operations, and so buy “approval” (and silence criticism against) for multinational corporations – even as they advance globalism, outsource jobs and undeservedly enrich executive management.

On a deeper level though, it’s much worse than that.

This election season’s recycling of the “White cops targeting unarmed Black men” is a classic propagandist’s big lie.  Therefore, the corporate “contributions” aren’t even helping to address an actual problem.  Instead, knowingly or unwittingly, these corporate executives are being duped.

So too with many marching in the streets who, despite good intentions, have fallen for the big lie – which is hardly their fault, as the Progressive media (nee “mainstream media”) is energetically propagating that big lie.  This helps explain why from the Left there’s a vehement reaction against anyone who dares question BLM.

In fact, BLM and its professed concerns are ruses calculated to advance a whole different agenda.

For one thing, evidence indicates that Black Lives Matter is actually a Marxist front group.

Not only that… there is also evidence that it is simultaneously serving as a front group laundering money for the Democrat Party and other Leftist (revolutionary) organizations.

As for the corporations and executives rushing headlong into the big lie, they should know better.  It’s obvious that they haven’t performed even cursory due diligence before allocating millions upon millions of dollars in shareholders’ money.

Query whether shareholder lawsuits might be viable (and successful) against such negligent and profligate executive leadership?

That, and perhaps FEC enforcement action, as there are now open questions regarding whether BLM was/is a conspiracy to evade federal campaign financing laws, e.g., as regards corporate campaign contributions and requirements to report the same.

Which begs the question: if indeed there is such a conspiracy, have some of these corporate executives been in on the plot?

And could the other executives subject themselves (and their corporations) to legal liability for serving as accessories to the plot, i.e., “they knew or should have known?”  Could not their negligent (if not intentional) failure to perform even cursory due diligence prior to “donating” to BLM also make them culpable?

But over the longer term, a criminal charge might be the least of their worries.

These “woke” executives know not what they unleash.  Concentrating on their own self-enrichment – likely one factor in their using shareholder funds to appease the woke mob, so that they can go back to counting their stock options – these MBA’s are ignorant regarding the history of Leftist (Progressive) movements, particular how revolutions occur – and about the aftermath.

For instance, it seems safe to say that few if any of these corporate pooh-bahs have ever read The Gulag Archipelago.  Likely most of them, anxious to “do business in China,” have no conception of Mao’s genocide by famine, or more pertinent to present conditions in this country, his “Cultural Revolution.”

If they knew, the parallels to today would not require a spreadsheet to analyze.  Today’s “woke” corporate executives – along with academics and media personalities and many Democrat officeholders – are incurious and unquestioning lemmings following big lies over a cliff, after which they’re destined to experience a hard-landing into totalitarianism.  For many, if not most, that will prove fatal.

They are essentially spiritual descendants of the (Russian) Mensheviks, believing that they are the vanguard heralding in a better world, but naively and disastrously paving the way for a Bolshevik takeover.

Just look at the transformation of the Democrat Party from Truman / JFK to “community organizer” Barack Obama to now, home base for “the squad” and BLM and Antifa.  In the Leftist world, the radicals – who by nature are the more aggressive species – eventually displace the more moderate factions.  History shows this, over and over.

In what was to become the “Union of Soviet Socialist Republics,” the Bolsheviks eliminated the no-longer-useful Mensheviks – many by middle-of-the-night disappearances, public show-trials and executions, and the remainder by transfer to an open-office design gulag.

The woke executives don’t realize that the people they are supporting today fully intend to eliminate them tomorrow.  This is not a new observation: “The capitalists will sell us the rope with which we will hang them.” Variously attributed to Lenin or Stalin, it is widely known for it rings true.

Consider, oh woke capitalists, that a few short years ago the “Occupy” movement was decrying your wealth (not without some justification, it must be observed).  Occupy was displaced by the Antifa arm of the Progressive movement; Antifa is openly spouting Communist dogma (not surprising, given that Antifa originated as a Communist group in the 1930s).

You woke executives are useful – for now – but for how long after the revolution (which they now openly espouse as their goal)?  Watch this video from the 1980s from an expert – a KGB defector – revealing Soviet (Communist) subversion techniques for precipitating a revolution, and notice how those techniques uncannily parallel what has been taking place in the U.S. over recent decades.

Then pay close attention toward the end of the video, when he mentions what the revolutionary leaders do to the “useful idiots” who made the revolution possible with their subversion, but are no longer necessary once the new power is in place. Hint: it involves people being stood up in front of walls and “assault weapons.”

Think it can never happen here?  The elders of the current movement were seriously planning for this very thing back in the 1960s! 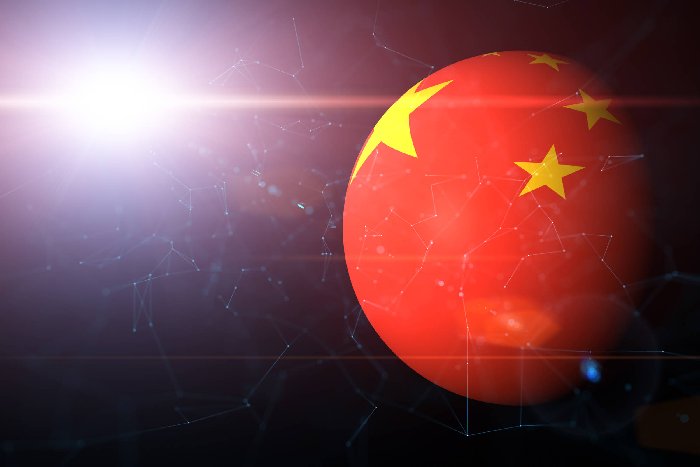 China’s systematic use of AI for social surveillance and control should cause us to think carefully about what that means.

A 2017 central government document laid out the country’s plan for global dominance in AI by 2030, asking all “people’s governments of provinces, autonomous regions, and municipalities directly under the central government, all State Council ministries, and all directly controlled institutions” to ”please carefully implement.“ (translation)

To achieve that timeline, China has employed several operations against the United States including the Confucius Institutes (fronts for Chinese propaganda according to the FBI, 2020), the Thousand Talents Program (spying and intellectual-property theft, Bloomberg, 2019) and cyber theft. While many Confucius Institutes have been exposed by key members of the Senate and many are being terminated domestically as a result, Chinese-driven cyber theft is costing the U.S. economy more than $100 billion per year, according to the White House.

U.S. officials are considering whether to fully terminate the Thousand Talents Program on the ground of its functioning as an espionage operation in academia, legalized either by foreign donations or by visas. An estimated 350,000 Chinese students are enrolled in U.S. universities where R & D and research are performed for U.S. government ventures. The awkward problem is that China passed a law in 2014 that mandates the full cooperation of any Chinese citizen/student in the U.S. to collect and provide intelligence to the Chinese intelligence services, More than 100 universities are under scrutiny, according to the U.S. Government Accountability Office.

During the last year, several arrests, charges, and findings of guilt have been recorded in various media:

-US professor arrested, accused of hiding relationship with Chinese university (The Hill, February 7, 2020)

In February of this year, President Trump signed an Executive Order to develop an aggressive action plan to make AI a major U.S. priority. But will that be enough to compete with China?

The answer appears to be: Not at present. China has at least a three-year advantage and continues to seize U.S, intellectual property, and trade secrets by all means available. Patents, data, and intelligence are then provided to various Chinese universities to exploit under the Double First-Class Initiative at several Chinese universities to grow internal education, skill, and talent to achieve the 2030 goal.

AI is pervasive within China for the purpose of total surveillance. It is applied to students and the general population in many areas including digital, behavior modeling and scoring, healthcare, environmental, supply chain acquisition, space, energy, economic growth, transportation, social intersections, biometrics, variable robotic applications, and computing.

China has also provided venture capital to start-up companies, working capital to existing companies to expand their production models, and has offered exceptional tax break enhancements. Three large tech companies in China—Alibaba, Tencent, and Baidu—have been tasked with the collection and data control and management of all Chinese entities, internally and globally. Their respective systems model, score, and decide which priorities and risks that both help and hinder their collective 2030 goal.

Meanwhile, U.S. companies such as Google, Amazon, and IBM—all of which have facial recognition as well as other technologies inside the digitized AI sector—have made decisions to no longer sell to or cooperate with several U.S. federal government agencies due to privacy debates and criticisms of law enforcement policies.

Thus China has a distinct advantage over the United States because, in China, corporate ethics would strongly favor collaboration and cooperation with the government for the sake of the nation, whereas in the United States, powerful tech companies are under no such obligation. That creates a quandary for policymakers and the federal government on how to gain and maintain an edge over China with regard to AI and technology in contested areas such as the military and space. Thus dominance appears to be shaping up as a global competition between the United States and China where the U.S. needs visionaries and allies to reach a higher AI frontier than that of China, now and for 2030.