While watching an old black and white classic movie, Mrs. Miniver, the idea occurred that there were many similarities with our present-day struggles.  The first similarity is that we are a peaceful people for the most part with no desire to impose on others, much as the people of Great Britain during the time leading up to and during their war with NAZI Germany.

The primary character, Mrs. Miniver, as portrayed by Greer Garson, quietly goes about sharing her good-natured spirit with most everyone she comes in contact with.  The railway station master, James Ballard, gets permission to name a rose after her, a rose that exemplifies all that is beautiful as he prepares to enter it in the local flower show competition.

Mrs. Miniver goes about life observing the challenges of a nation at war, a war that touches many around her, to include her son as he enlists in the RAF to do his part.  Her concern for each individual is matched with her concern for their way of life and the threat to England as a nation.

A German plane had been seen to crash in the vicinity of their small village and the pilot was on the loose.  Mrs. Miniver came across him in their garden, but he had the drop on her as he followed her into the house to hide and obtain much-needed nourishment.

Splashing milk down his uniform while consuming whatever food was available, this arrogant agent of the Third Reich rattled on about how their military had taken Poland in only two days.  Hate spewing from his lips as he boasted, “Thousands of people dead in only two days”, and as he railed on, “We will do the same to you.”

Somewhere in my mind, I was seeing a different enemy, arrogant bullies priding themselves on having created fear among the people, a people with no desire to impose their will on others.  I was recalling recent images of Antifa and BLM “protestors” as the left-leaning news media called them, doing their best to wreak havoc on our metropolitan cities.

Antifa and BLM aren’t protesting racial injustices as we were led to believe; they are domestic terrorists, enemies of our country who’ve been hiding among us; but with the opportunity of civil unrest have come out in the open.

They wear face masks to keep from being identified; but they are openly spreading fear by killing innocent bystanders under the false flag of racial equality, assassinating police officers, looting and burning businesses along with tearing down statues or defacing monuments built to honor those who have fought and died to protect a liberty-loving people.

Could an enemy from a hostile country be any more destructive?

What about governors and mayor who’ve bowed to these terrorists, those who’ve instructed their police departments not to engage; but to permit these criminal acts?  What about the judges and district attorneys who release those arrested for looting and burning down buildings…release them back onto the street with little or no bail?

Are they acting in our best interests or have they joined the movement to destroy our nation?

There’s a scene in the movie where the family is hunkered down in a makeshift bomb shelter while enemy fighters strafe and bomb all around.  Their children are asleep; but with each passing moment, they can be seen clutching tightly to their blankets while their parents read aloud from Lewis Carroll’s, Alice and Wonderland.  Their world is being blown apart, all that is dear and sacred is under attack.

Isn’t that much the same as our nation right now?  Aren’t we praying to survive the next attack, praying our children will inherit a land of liberty rather than have to submit to the terrorists trying to destroy our peaceful republic?

Read into Mrs. Miniver’s composure what you will; but there is strength, dignity, and resolve to uphold the standards by which our culture is built.  Win or lose the fight, it is our duty to stand for what is right and true.

As the movie came to a close, the small congregation meeting in what was left of their bombed-out chapel, their minister addressed them as he pointed to the empty seats indicating the loss of a choir boy and then mentioning the loss of Mr. Ballard who’d only two weeks prior had won the award for his beautiful Miniver Rose.  Then he mentioned the loss of the recently married young Carol Beldon, the camera focusing momentarily on the young RAF flyer/husband grieving the loss of his wife and Lady Beldon grieving the loss of her granddaughter.

“We are all in this fight”, the minister proclaims, the roof of his chapel partially missing as a wave of British aircraft is seen headed towards harm’s way overhead.  It’s not just the military, but each of us has a stake in this war.

And so Mrs. Miniver, the character, and the movie has shown us all how we are to bear up under this current attack which has all the earmarks of a declared war on those things we consider sacred and of worth.  Our individual liberty, our families, religious beliefs, and constitutional republic have nothing to do with racism as has been claimed.  Antifa and BLM are at war with civilized society and it is our duty to stand firm. 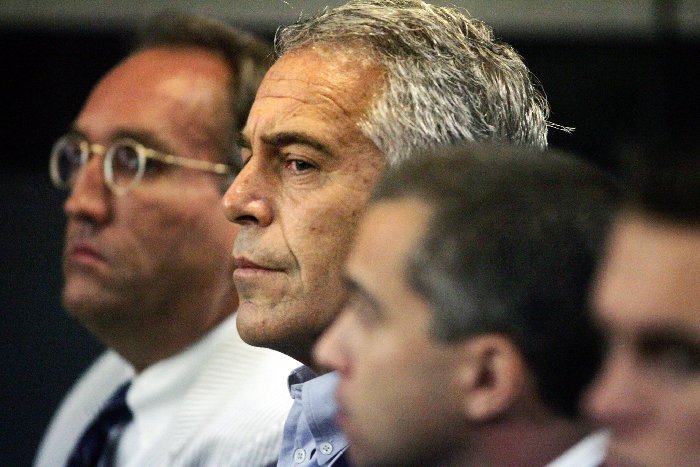 Jeffrey Epstein’s deep and dark secret is out. He was a gay deceiver. Let’s remember this fact on Stonewall Day, June 26, as Barack Hussein Obama emerges from the shadows to celebrate the anti-police riots at the Mafia-run Stonewall Inn back in 1969.

The latest and best Jeffrey Epstein book, A Convenient Death, by Alana Goodman and Daniel Halper, strongly suggests that Epstein was a mastermind of a pedophile network serving the rich and powerful that involved gay blackmail, similar to the Lavender Mafia in the Roman Catholic Church that protects and rewards pedophile and predator priests.

This new book provides the circumstantial evidence that Epstein’s deepest and darkest secret was that he was a practicing homosexual and that, as sick as this may sound, his entourage of young girls provided a cover story that actually made him seem “respectable” to the movers and shakers in New York and Washington, D.C. Billionaires like Bill Gates associated with Epstein after he was convicted of sex crimes.

He may have been bisexual, but the book makes it clear that homosexuality, blackmail, and extortion were behind his initial acquisition of wealth and power. Later, Epstein used the young girls to provide blackmail material on other elites.

The title on the book cover has the word “convenient” separated by a hyphen to appear as “con-venient.” That means Epstein was a con man whose death was also a con, in order to make it appear he killed himself. Part of the con, the book suggests, was his reputation as a man interested in women and young girls. Epstein, one former associate told the authors, was ashamed of being gay and so had sex with women as part of a “supermacho” image he carefully cultivated.

The authors refer to the “Epstein scheme of providing young kids for the sexual pleasure of world elites,” citing a well-informed source. Notice the word “kids” rather than just girls. That’s not a slip. The authors cite a report that Epstein “liked boys.”

Whatever the ultimate truth behind the accounts of hiring young girls as prostitutes, which continue to be the subject of various lawsuits against his estate, the blockbuster revelations of this book begin on page 157 and relate to how Epstein, known to investigators as “the boyfriend,”  used his alleged sexual relationship with a major businessman to acquire control over some of his fortune. He then built up his own financial fiefdom that he used to spend money on transhumanist and technocratic schemes, some based at Harvard University.

With the assistance of high-powered lawyers such as Ken Starr, the special prosecutor who “investigated” the Clintons but covered-up the murder of Clinton lawyer Vincent Foster, Epstein protected himself and his network, serving only 13 months in a country-club arrangement at a local jail. He had the best lawyers that money could buy, as well as associates in such eminent organizations as the Council on Foreign Relations and Trilateral Commission.

The “Convenient Death” book offers evidence that he used sex to acquire power and influence over others through blackmail. The authors cite Epstein’s relationship with a one-time CIA front company and add that Epstein “openly encouraged speculation that he was involved with intelligence agencies.” The implication is that Epstein used these sexual relationships, including homosexuality, to get what the intelligence agencies wanted out of his targets.

Trump is counting on his Attorney General, William P. Barr, to get to the bottom of the corruption. But Barr is a former CIA analyst whose own father had hired Jeffrey Epstein at the Dalton School “to teach the children of Manhattan’s leading families.” A college dropout, Epstein got the job even though he fudged his resume.

Goodman and Halper note that Attorney General Barr has vowed to investigate Epstein’s “co-conspirators” but we can see that nothing much is happening. They write that, “The so-called co-conspirators would remain uncharged and unnamed as of the time of this writing, despite there being ample evidence that Epstein had assistance in carrying out his crimes.” The implication is that people in federal agencies, perhaps some of Epstein’s blackmail targets, are stonewalling an accounting of Epstein’s crimes.

With Attorney General Barr celebrating gay pride at the Department of Justice and Trump’s former gay director of National Intelligence pushing to normalize homosexuality and transgenderism across U.S. spy agencies, we may begin to understand why the Epstein scandal is likely to stay buried with Epstein.