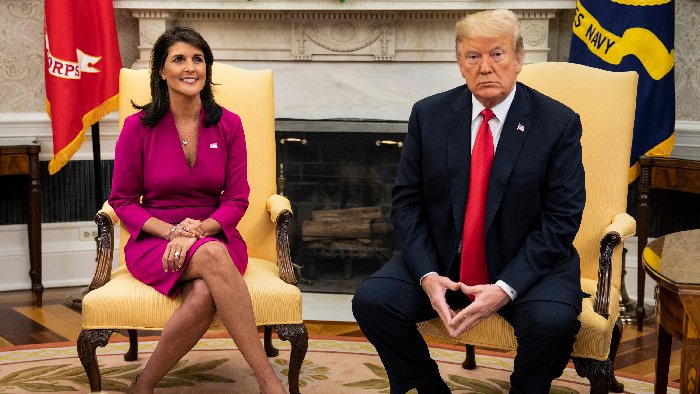 President Trump is in deep political trouble, and honest conservatives know it. On Sean Hannity’s Town Hall program on Thursday night, Trump highlighted a few honest journalists, mostly at Fox News, but did not mention Tucker Carlson of Fox. Why? It’s because Tucker Carlson has challenged Trump’s mishandling of the coronavirus pandemic, including his excessive dependence on Dr. Anthony Fauci, and the racial violence underway in America.

Some of the headlines from recent Tucker Carlson programs include: President Trump May Lose This Election, Our Leaders Dither as Our Cities Burn, and Where Are Our Republican Leaders When We need Them the Most?

His commentary on Trump losing this November began with the observation, “Not many people are saying it out loud on the right, but the fact is that President Trump could well lose this election.” He said Trump advisers were worried in private about the fact that Trump has been losing ground to Joe Biden when he should have been able to pad a lead over Obama’s very weak and frequently incoherent former vice president.

A massive advertising blitz is behind the David Horowitz book, Blitz: Trump Will Smash the Left and Win, but many are not so sure that Trump will win. Members of his base are demoralized about the ineffective response to the communist insurrection and some are speaking out, such as the author of the American Thinker article, “Trump promises things won’t happen on his watch that have already happened.” Carol Brown wrote, “Increasing numbers of us are frustrated with the lack of action from the President in the face of madness sweeping across the country.” Such sentiments reflect fear among women voters that Trump can’t or won’t protect their families.

Some are saying there are only two scenarios under which President Trump is reelected this fall: Joe Biden’s complete collapse, mentally and physically, which is possible, or Trump replaces his Vice President Mike Pence with an exciting female conservative candidate, in order to attract the women turned off by Trump’s abrasive and sometimes obnoxious manner.

That candidate, some say, would be someone like Rep. Debbie Lesko of Arizona, the Republican chair of the Congressional Caucus for Women’s Issues with a 100% lifetime conservative rating who serves on the House Judiciary, House Rules, and House Homeland Security Committees. She recently flew with President Trump on Air Force One to Yuma, Arizona to visit the border wall. Another possibility is Nikki R. Haley, the former United States Permanent Representative to the United Nations who served as a member of President Trump’s Cabinet and the National Security Council.

The possibility of Pence stepping down, a dramatic development which could shake up the race, is more likely as the campaign develops because Trump seems content to hang on to his bumbling campaign manager, family friend Brad Parscale, now under the influence of “Bush’s Brain” Karl Rove. It was Parscale who advertised one million reservations for Trump’s Tulsa rally and only 6200 people (officially) showed up. Some diehard Trump fans claim the turnout was twice that, but that would still be a major disappointment. The claim that attendance was affected by teenagers using a Chinese app to reserve tickets to the rally they didn’t intend to use has been debunked by Parscale himself.

With Parscale now consulting Rove, an architect of Mitt Romney’s losing 2012 presidential race, a decision by Pence to leave the campaign makes sense and could be Trump’s only hope of winning. Pence has been supervising the White House Coronavirus Task Force and Trump could ask him to remain in that position. But as we saw in last Friday’s coronavirus briefing, when hostile reporters badgered Pence over the propriety of holding campaign rallies, the vice-president doesn’t have the fire in the belly to take on the opposition. Pence meekly replied that Trump voters had the First Amendment right to peacefully assemble. That’s an indication that Pence could not be counted on to go after Biden’s anticipated female running mate. But a GOP woman on the ticket could do so.

Bluntly speaking, polls indicate that many women are turned off by Trump personally and find him unlikeable. A female candidate who is both articulate and conservative would send a strong message to the country and help Trump politically. Such a candidate could take on Biden’s anticipated female running mate.

The need to strengthen Trump’s conservative Christian base is absolutely essential because of his losses before the Supreme Court, especially the Justice Neil Gorsuch ruling in favor of LGBTQ “rights.” This was Trump’s own appointee delivering one of the worst decisions ever from the Court. It demonstrated that Gorsuch’s “conservative” sponsors, the Federalist Society and the Heritage Foundation, are not to be counted on.

But in a display of being tone-deaf to his base, Trump at the Tulsa rally highlighted the nomination of Gorsuch to the Court and was met with boos.

Trump touts the 200 federal judges the Senate has confirmed, but if their decisions are eventually overturned by an arbitrary Supreme Court, as Gorsuch and Chief Justice John Roberts side with the liberals, it is all for naught. This has led to some of the demoralization in the base.

Trump’s weakness is demonstrated by the fact that his campaign is airing ads during Fox News programs, whose viewers he should already have in his pocket. The ads make fun of Biden’s incoherence but offer no Trump vision on how to restore order to America and save our sacred institutions.

Demoralized Trump supporters have written to me in despair over such matters as his constant threats to restore law and order but failure, except in minor circumstances, to do so. Trump couldn’t even protect a historic church from being burned one block from the White House. The rioters returned to vandalize the structure and threaten to take down a Lincoln statue.

Using the Deep State as a scapegoat for Trump’s troubles is wearing thin. Who hired John Bolton? Who hired Rod Rosenstein? Who hired Jeff Sessions? Why did Trump hire so many incompetent people when he made a name for himself on TV by firing incompetent people? Part of the answer is that the so-called conservative establishment that he counted on for good people let him down. Tucker Carlson makes this point on a regular basis. Trump’s own Defense Secretary, Mark Esper, a former chief of staff at the Heritage Foundation, is openly insubordinate, taking issue with using the military to drive communist rioters off our streets.

Attorney General Bill Barr has proven to be another disappointment. Asked recently about the response to the riots, Barr said “The federal government is best positioned to address this kind of violence and lawlessness after it occurs because we don’t have FBI agents walking the beat.”

There was a time when the FBI would place informants in extremist groups to prevent violence from occurring.  Analyst Trevor Loudon, who monitors agitators and instigators, told me, “I don’t think the FBI has had informants in these groups since the Bush years or before…I think they’re flying completely blind here. They have no clue.” Loudon has written about the involvement of pro-China communist groups in the protests and riots.

FBI Director Christopher Wray is another Trump hire and a big disappointment.

Tucker Carlson’s warning about a Trump loss in November has captured the attention of Breitbart News, which usually takes Trump’s side, and that is a good thing. Conservatives need to hear his brutally honest message. Trump needs to hear it, too.