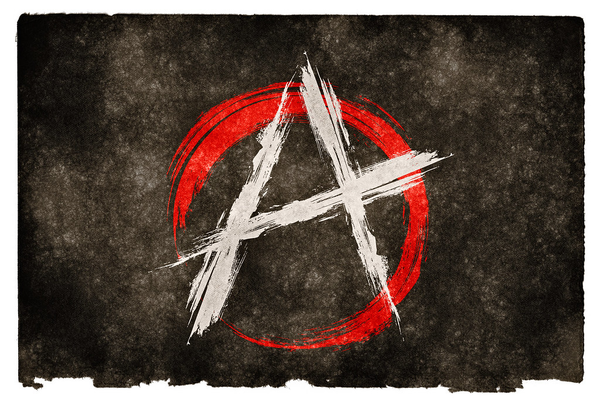 A longtime white friend phoned me to talk him down from the cliff. He is concerned about how the new racial hatred dominating our country will impact his grandkids. For the first time, he and his wife believe they should purchase a gun for home protection. This headline confirms my friend’s instinct to arm himself to protect his family. “BEWARE: The Woke Mob is Targeting You Next, Small-Town America.”

My friend also confided that he is feeling racial resentment he has never felt before. I told him racial hatred and division is exactly what leftists hope to achieve with their Black Lives Matter hysteria.

Mary and I are an interracial couple married for over 40 years. A white millennial family member absurdly believes she is showing respect for me by being a strong advocate for BLM. My response is bending over and grabbing your ankles and kneeling in worship to an anti-American racist hate group disturbs me. I love my country. America is the greatest land of opportunity on the planet for all who choose to pursue their dreams. The BLM movement has nothing, I repeat nothing, to do with empowering blacks. Leftists are exploiting blacks as useful idiots to implement their transformation of America away from the divinely inspired vision of our Founding Fathers.

For decades, public education, Hollywood, Democrats, and fake news media have infected youths with a poisonous lie that America is a hellhole of racism and the greatest source of evil on the planet. Our passivity allowed leftists to transform our kids into their social-justice army of anarchists.

What we are experiencing across America is leftists’ frustration over their inability to remove Donald J. Trump from the White House. After a long list of failed schemes to remove him, leftists say, “Screw you, America! We’re cutting to the chase. We’re forcibly transforming your country into a Communist nation by using violence, shaming, white-guilt and unconstitutional decrees. And there’s nothing you can do to stop us!”

Boldly, the co-founder of the BLM Global Network vows to make Trump resign before the November election. Lord knows what violence BLM will unleash upon We the People to force Trump out.

Leftist governors and mayors are tripling down on their absurd overreaching COVID-19 mandates to depress Americans and stop the remarkable comeback of Trump’s unprecedented booming economy.

One of Mary’s favorite stores in Virginia was empty of merchandise. “Are you going out of business?” she asked a clerk. The clerk said, “No.” He explained that upon reopening, customers purchased everything. The store had not restocked its shelves yet. His explanation was in keeping with the 2.5 million new jobs and an amazingly swift comeback of our economy.

Maryland mandates that shoppers wear masks. However, stores and shoppers have begun relaxing the absurd decree. With a 98% recovery rate, more and more Americans realize the COVID-19 hysteria was created to shut down our country to destroy our economy to block Trump’s reelection.

And yet, a middle-aged masked-woman shopper insisted that the store manager order me and other shoppers to wear masks. Probably fearful that the woman would report his business, the manager yelled as I passed him. “Sir, you must wear a mask!” Irrational fear of COVID-19 purposely created by fake news media has citizens ratting to “big brother” on those who disobey draconian mandates.

It doesn’t take a political genius to realize that leftists are exploiting COVID-19 and the rare bad behavior of a cop to bludgeon Americans into surrendering our country over to them.

Quite frankly, these spoiled-brat young anarchists are out of their freaking minds if they think that vets and baby boomers will allow them to transform us into a Communist nation. We baby boomers and our parents sacrificed, suffered, and died to gift our kids a wonderful life. They are spitting in our faces, calling us racist and seeking to destroy everything we hold dear.

Far too many modern parents want to be friends with their children rather than parents. Their kids come home from school with their heads filled with leftist anti-American and anti-Christian garbage. Instead of opposing the indoctrination, cowardly parents sign on to it.

I watched a detective movie on Amazon. Unable to stomach it, I fast-forwarded past the scene of the detective’s disrespectful 13-year-old daughter scolding him as if he were her peer. The detective’s daughter represents the young white women in our streets angrily screaming their loyalty to BLM. The disrespectful teen-aged daughter appears to be a standard character in far too many movies. Encouraging kids to disrespect and disobey their parents is included in the leftists’ agenda.

“Children, obey your parents in the Lord, for this is right. Honor your father and mother that it may go well with you and that you may live long in the land.” (Ephesians 6:1-3)

My stomach turns every time I hear conservatives, Republicans, and Christians say we must create a meaningful dialog with the protesters to discuss their grievances. The problem is their grievances are purposely rooted in the lie that my beloved country is a racist hellhole. I refuse to pander to that concept. It’s like saying we are going to discuss how long you have been beating your wife. You reply, “But I don’t beat my wife.” They ignore your reply and proceed forward discussing the solution to your bad behavior.

Still, I am confident of two truths. One: God did not allow Trump to survive all the unprecedented attempts to remove him from office to drop him now. Trump will be reelected. However, this does not mean we can sit on our duffs. We must fight as we have never fought before to reelect Trump.

Two: At some point, the American people will no longer tolerate spoiled-brat anarchists wreaking havoc across our great nation. Anarchists will receive the well-deserved spanking of their pampered snowflake lives.

One thought on “Anarchists and Trump’s Reelection”