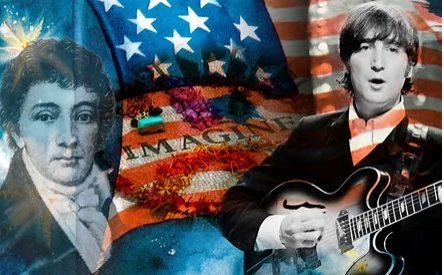 We’ve seen this all before – the attempt to erase history through the destruction of statues and monuments to any historical event but today’s anarchy and any vestige of authority, real, institutional, or symbolic other than the authority imposed by the nihilists themselves.

As columnist Charles Krauthammer once pointed out, one the first acts of the Taliban in Afghanistan was to blow up centuries-old statues of Buddha carved in a mountain cliff. They did it not because they were built by the United States or Israel or represented Western colonialism. The giant Buddhas of Bamiyan were destroyed by the Taliban government on March 12, 2001, in Bamiyan, Afghanistan. The two enormous statues, measuring 175 feet in height, were carved into sandstone cliffs at Bamiyan by Buddhist worshippers who traveled the Silk Road from China in the third century A.D. As Krauthammer wrote:

Buddhism is hardly a representative of the West. It is hardly a cause of poverty and destitution. It is hardly a symbol of colonialism. No. The statues represented two things: an alternative faith and a great work of civilization. To the Taliban, the presence of both was intolerable…

The distinguished Indian writer and now Nobel Prize winner V.S. Naipaul, who has chronicled the Islamic world in two books (“Among the Believers” and “Beyond Belief”), recently warned (in a public talk in Melbourne before the World Trade Center attack), “We are within reach of great nihilistic forces that have undone civilization.” In places like Afghanistan, “religion has been turned by some into a kind of nihilism, where people wish to destroy themselves and destroy their past and their culture . . . to be pure. They are enraged about the world and they wish to pull it down.” This kind of fury and fanaticism is unappeasable. It knows no social, economic, or political solution. “You cannot converge with this [position] because it holds that your life is worthless and your beliefs are criminal and should be extirpated.”

This wasn’t an issue of white supremacy or privilege. They did it because they represented civilization and culture and ideas that were different than their own. Krauthammer’s analysis was in the context of Islamofascism, 9-11, and the war on terror but it bears relevance to the domestic terrorism being conducted by Black Lives Matter, Antifa, and the Democratic Party. The goal is chaos and anarchy and the institution of a collectivist gulag based on the Taliban model and the model depicted in the “Lord Of The Flies.” In the name of social justice, they seek a world without any justice, only mob rule, a world of unfathomable cruelty and injustice. 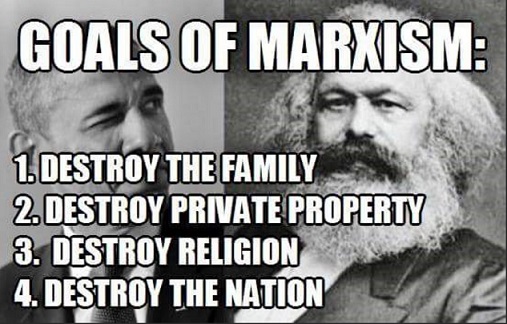 Our history and our heritage are being shoved by rioters, looters, and anarchists down the memory hole. This is year zero on their calendar. Everything that came before and every struggle for freedom and human dignity by patriots of all colors is irrelevant. The only thing that matters is now. The only thing that matters is what they tell you. How we got here and what makes us who and what we are may not be pretty or politically correct but it is important. We can’t know where we’re going if we don’t remember where we’ve been. 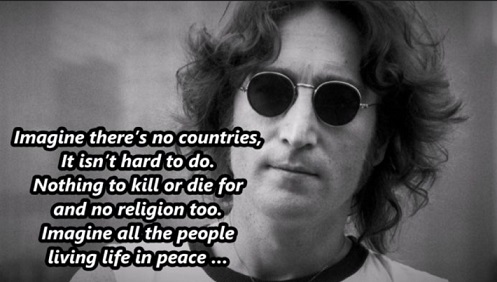 The canceling of American history by anarchists, encouraged by cowering Democratic governors and mayors is necessary if they intend on propagating the lie that America is and always has been irredeemably racist. The Republicans are white supremacists and that only liberal progressive Democrats can create social justice, which means the absence of resistance to groups like Black Lives Matter, which among other goodies on its website endorses the elimination of the nuclear family. Nothing can be allowed to interfere with the progressive police state they are hoping to establish on Nov. 3, 2020.

Canceling culture and history as vestiges of Western oppression, with the possible exception of the statues of Robert F. Byrd, has a new goal – replacing the “Star-Spangled Banner” with John Lennon’s homage to anarchy and Marxism, “Imagine.” This was and is an awful song calling for an end to all moral authority and decency and conversion of civilization to a global Woodstock, a world without rules and order and discipline, and no one left to make and deliver the pizza. As the New York Post notes:

Amid a national reckoning over racial tropes in culture, historian Daniel E. Walker, author Kevin Powell, and others are calling to “rethink [‘The Star-Spangled Banner’] as the national anthem, because this is about the deep-seated legacy of slavery and white supremacy in America,” Walker told Yahoo Entertainment.

The song would join a long line of cultural mainstays that are rebranding after the Black Lives Matter protests — foods such as Eskimo Pies and Aunt Jemima syrup among them.

The song was originally a poem written in September 1814, during the Battle of Baltimore, by Francis Scott Key, who owned slaves. The poem was eventually set to music and became the country’s official anthem in 1931. President Herbert Hoover authorized the song, sung often at baseball games and graduation ceremonies — notably missing the third verse, which references “the hireling and slave.”…

“[It’s] the most beautiful, unifying, all-people, all-backgrounds-together kind of song you could have,” Powell says. 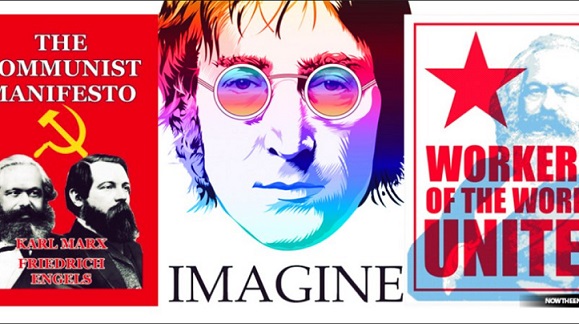 No, it is not. In “Imagine,” Lennon dreams of a Marxist, one-world government, famously singing of a world with “no countries,” “no religion” and “no possessions.” It is “Kumbaya” for Communists. It is an ode to the Communist hellholes that were the Soviet Union, Communist China, Cuba, and places like the killing fields of Cambodia under the Khmer Rouge. Lennon celebrated a living nightmare that has left a least a hundred million dead As Matt Margolis notes at PJMedia:

First of all, let’s get to the root of why Powell likely recommended the song: Lennon himself described it as “virtually the Communist Manifesto.”

Despite some innocuous language about living in peace and there being no hunger, the song is full of themes that are un-American to the core: “Imagine there’s no heaven […] No hell below us… Imagine there are no countries… And no religion too… Imagine no possessions.”

No morals, no borders, no God, no private property or ownership… So, let’s just call that a “no,” and move on, please….

Regardless of whatever blemishes might be on the song’s history, the anthem is a part of America’s identity. Changing it makes no sense. In fact, some of the most iconic performances of “The Star-Spangled Banner” have been performed by African-American artists.

We would do well to remember and treasure the performances of the “Star-Spangled Banner” by Jimi Hendrix at, of all places, Woodstock, and Whitney Houston’s iconic version at Super Bowl XXV in 1991.

As I’ve written, we can’t know who we are unless we remember where we’ve been and what we’ve done.

Yes,  Francis Scott Key was a slave owner, as were many of our Founders. But they created and honored a system which could correct the most grievous of injustices and if anyone wants an apology, well, we apologized at Gettysburg. Yes, white men owned slaves but white men also freed the slaves suffering a long and horrible war to do it. As Zachary Faria notes in the Washington Examiner:

… Key, who was a slaveowner, opposed abolition but also represented slaves trying to win their freedom in court, for no charge. It turns out like many historical figures, Key was a complicated man.

The third stanza of the song also features some, at best, questionable lines. “No refuge could save the hireling and slave. From the terror of flight, or the gloom of the grave,” could be referring to slaves literally, though Snopes pointed out that Key never specified what he meant and it could be a reference to the British Navy. Only the first stanza is ever even sung, and you’d be hard-pressed to find a handful of Americans who know any of the rest of the poem.

If you are going to replace the “Star-Spangled Banner” with anything, replace it with the “Battle Hymn Of The Republic” which not only is the ultimate anthem from the ultimate battle for social justice but acknowledges the true source of all moral authority, a God that knows no nationality or ethnicity. Cherish the words. Honor the words:

Mine eyes have seen the glory
Of the coming of the Lord;
He is trampling out the vintage
Where the grapes of wrath are stored;
He hath loosed the fateful lightning
Of His terrible swift sword;
His truth is marching on.

I have seen Him in the watchfires
Of a hundred circling camps
They have builded Him an altar
In the evening dews and damps;
I can read His righteous sentence
By the dim and flaring lamps;
His day is marching on.

He has sounded forth the trumpet
That shall never call retreat;
He is sifting out the hearts of men
Before His judgment seat;
Oh, be swift, my soul, to answer Him;
Be jubilant, my feet;
Our God is marching on.

In the beauty of the lilies
Christ was born across the sea,
With a glory in His bosom
That transfigures you and me;
As He died to make men holy,
Let us die to make men free;
While God is marching on.

* Daniel John Sobieski is a former editorial writer for Investor’s Business Daily and free lance writer whose pieces have appeared in Human Events, Reason Magazine, and the Chicago Sun-Times among other publications.