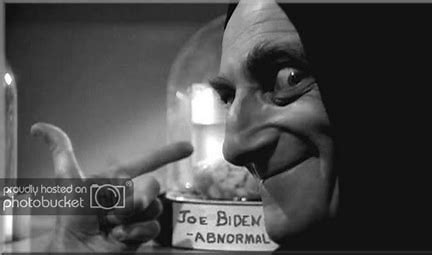 The third season opener of the iconic sci-fi series “Star Trek” was an episode titled “Spock’s Brain” in which an unidentified humanoid female from a seemingly advanced civilization transports aboard the starship Enterprise and, after rendering the entire crew unconscious, absconds with science officer’s Spock’s brain. Capt Kirk and the crew spend the episode tracking down the brain and figuring out a way to make Spock whole and functional again.

It is unlikely aliens have descended and absconded with Joe Biden’s brain, but there is no clear answer to Joe Biden’s incoherent outbursts, inability to complete coherent sentences or thoughts, failure to remember where he is, who people are, even what office he is running for. We all get old and forgetful and to some extent, the prone-to plagiarism Biden has always had his tongue engaged before his brain was in gear. The “that’s just Joe” refrain became a cliché. But there’s more going on here than just getting old and forgetful even though that would be bad enough. His “gaffes” now seem to be a frightening predictor of things to come. We need to know before he gets his hand on the nuclear codes and determines policy or becomes a sock puppet for an administration replete with an Obama-era puppet master all too willing to be his Rasputin.

The latest joke is that Biden should end his commercials with the tag, “I’m Joe Biden and I forgot this message.” We drop our jaws or grit our teeth when he calls Arizona a great city, talks about Super Thursday, says African-Americans ain’t black if they don’t support him and that blacks all think alike, and c’mon man, you know the thing. November 3rd is approaching and it ain’t funny anymore. We need to know what is wrong with Joe Biden’s brain.

If it had happened to Trump, it would have been the top story for months, but it was not that long ago that Joe Biden’ eyes filled with blood during a CNN town hall as the New York Post reported:

As he answered a question about climate change, the former vice president’s eye turned red, and the Washington Examiner suggested it might have been caused by a broken blood vessel, a condition known as a subconjunctival hemorrhage.

It can be caused by a number of things — including sneezing, coughing, straining, eye rubbing, trauma from injury, high blood pressure, or a bleeding disorder​ — according to WebMD.

As a senator, Biden​ ​had emergency surgery twice for life-threatening brain aneurysms in 1988. 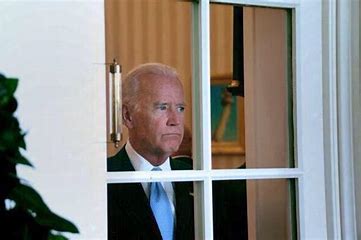 The eye bleed is likely not related to Biden’s cognitive difficulties but the possible lingering effects of those two brain surgeries may now be visible in Joe Biden’s daily cognitive breakdown. The signs are ignored by a lapdog media which they would not be if this was happening to Trump.

Dr. Marc Siegel, M.D. is a professor of medicine, a medical director at Doctor Radio at NYU Langone Health, and a Fox News Medical Correspondent. Dr. Siegel, last September penned a piece for The Hill in which he detailed the possible lingering effects of such surgery which makes them a lifetime handicap:

…I was not concerned when I saw blood appear in his left eye during the CNN climate-change town hall last week….

What was more concerning to me, as a physician, was when Biden appeared to lose his train of thought mid-sentence.

In recent weeks, the former vice president has at times made what appeared to be cognitive errors. These include reportedly forgetting which state — Vermont or New Hampshire — he was in when the Robert Kennedy and Martin Luther King assassinations occurred and that he was not vice president when the Parkland, Fla. school shooting occurred.

Last weekend, at a campaign event in New Hampshire, Biden slipped and called the president “Donald Hump” before correcting himself and calling it a Freudian slip.

Biden had two brain aneurysms repaired surgically in 1988. The first one was fairly large, a centimeter in size, and was leaking. His neurosurgeon, Dr. Neal Kassell, has stated publicly that Biden is in excellent shape.

Still, the fact remains that studies have shown this type of aneurysm repair — especially when associated with a bleed — can sometimes lead to long-term cognitive difficulties, with problems in thinking, memory, or orientation.

The discussion came after a monologue during which host Sean Hannity dissected what appears to be presumptive Democrat presidential nominee Joe Biden’s declining cognitive state….

“VP Biden in 1988 had two aneurysms repaired surgically before the modern, most modern techniques came in. Studies have shown that there’s up to 50 percent cognitive impairment long-term following those aneurysm repairs,” he said.

“Also a matter of public record, former VP Biden has atrial fibrillation, which is an irregular heartbeat. He’s on blood thinners for that. A major study called the Swiss Atrial Fibrillation Study came out about a year ago. Over 1,200 people studied. They found three percent per year, even if people were on blood thinners, ended up having silent strokes. And guess how silent strokes present — they present usually with cognitive impairment with faltering and with an inability to think clearly.”…

“There are many studies showing an increased rate of all types of dementia in patients with [AF],” he said last year to Neurology Advisor.

Continuing his remarks, Siegel noted that the study tested the cognitive state of participants using the Montreal Cognitive Assessment test. That’s the same test that the president reportedly aced earlier this year and that he’s since argued Biden ought to take as well. The doctor agreed. 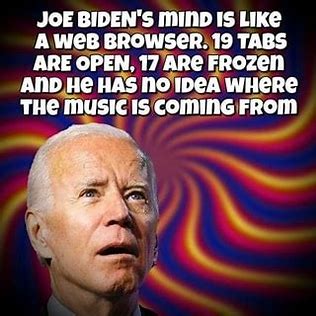 The Alzheimer’s Association defines dementia as, “An overall term that describes a group of symptoms associated with a decline in memory or other thinking skills severe enough to reduce a person’s ability to perform everyday activities.” In anybody that is a scary and difficult reality to deal with. But Joe Biden wants his everyday activities to include running the most powerful economic and military power on earth. Now, let’s see. Just where did I put that nuclear football?

Not long ago the media who is currently silent on Biden’s mental state was entertaining fantasies about the deterioration of Donald Trump’s mental state. They prattled on endlessly about Trump’s energetic personality coupled with his bluntness being a sign of mental disability as evidenced by a piece published in Psychology Today:

Millions of people around the country and the globe have expressed bafflement at the nature of the personality at the center of it all, and many are alarmed by tactics and policies that appear not only erratic but often retrogressive and undermining of long-established democratic practices. Chief among them is a well-documented distortion of facts if not outright lies about everything from crowd size at the inauguration to discussions with foreign heads of state….

Trump’s manifest grandiosity and disregard for facts, beginning with failure to accept clear evidence about the size of the crowd attending his inauguration, has put mental health professionals in the spotlight from Day One of his presidency.

Psychologists and commentators from all ideological camps early converged on a label of narcissistic personality disorder as the condition that “explains” Trump’s behavior. Among those making this assertion are more than 70,000 mental health professionals who signed a petition warning of Trump’s potential dangerousness, despite longstanding professional injunctions against “diagnosing” public figures whom experts have not personally examined.

Trump is fine, thank you, demonstrating coherence and competence as well as a schedule that is staggering, compared to an opponent that reads scripted material from his basement as his handlers prompt him through an earpiece and off-camera assistance. Before the Chinese Wuhan virus and urban unrest in Democrat-run jurisdictions struck, Trump had the economy roaring with record job and wage growth. Not bad for a crazy man. 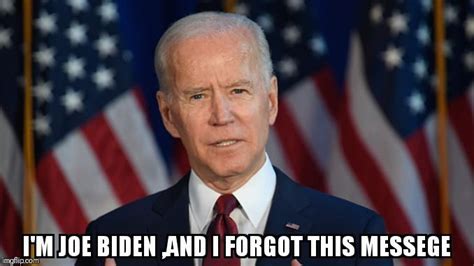 Still, no less an authority than Dr. Joe Scarborough over at MSNBC said on cable network television he thought Trump had onset dementia:

Joe Scarborough called on the Cabinet to remove Trump from office, adding that people close to the president have said he has shown signs of dementia.

Joe Scarborough called on the Cabinet to invoke the 25th Amendment and remove Donald Trump from office, adding that people close to the president have said he has shown early signs of dementia.

“If this is not what the 25th Amendment was drafted for — I would like the Cabinet members serving America, not the president, serving America— you serve America and you know it,” Scarborough said. “You know you don’t serve Donald J. Trump, scam developer, scam you know Trump University proprietor, reality TV show host, you don’t represent him. You represent 320 million people whose lives are literally in your hands, and we are facing a showdown with a nuclear power and have you somebody inside the White House, somebody that the New York Daily News says is mentally unfit.”

Scarborough and his ilk ignore that Trump’s accomplishments in business and in the White House are real and unparalleled, just as they ignore Biden’s visible deterioration in a campaign that borders on elder abuse. Biden is showing real signs of dementia not imaginary ones conjured up out of hatred for and policy differences with Trump. We are witnessing the most epic breakdown since Captain Quueeg lost it in the classic film “The Caine Mutiny.” The story is now that Biden’s VP selection is being delayed because party bosses are worried he might totally lose it soon and might not make it to November, much less the White House.

As Greg Gutfeld of Fox News notes, you can’t have a “VP” without a “P.” That pick will be the most consequential pick perhaps ever and in fact, might become the president or the presidential nominee of the Democrats. Should we be allowing Joe to pick up all the marbles when we can’t be sure he hasn’t lost all of his?

To quote Joe Biden, this is a BFD.