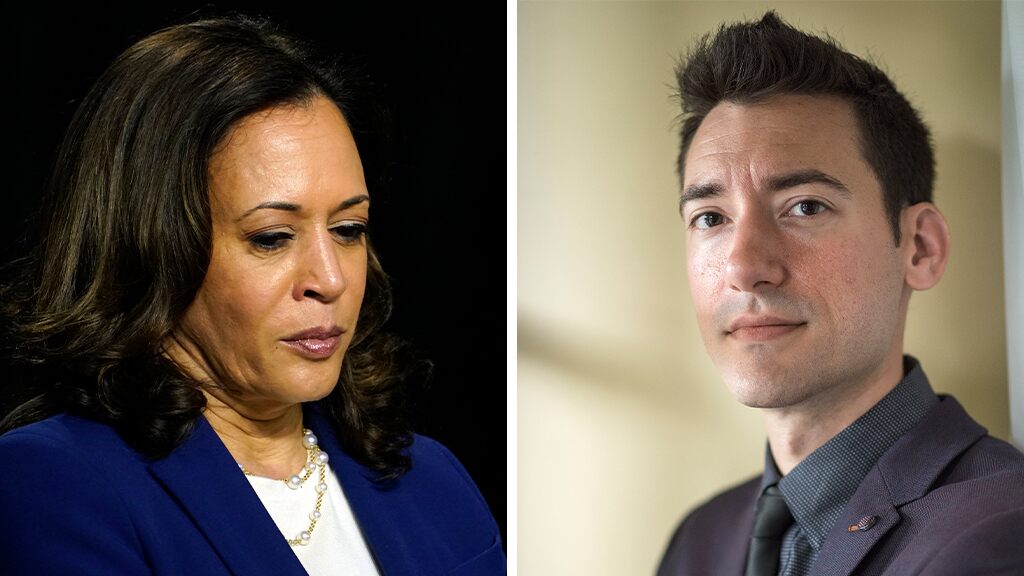 Kamala Harris has been nominated by the Democratic Party to be a heartbeat away from the presidency and judging from presidential nominee Joe Biden’s physical and mental condition these days that might not amount to a whole lot of heartbeats. Her ascension would bring to power someone who has made war on the heartbeats of the unborn, someone who has already used that power to shred the Constitution’s guarantee of the freedom of the press and persecute an investigative a reporter who exposed Planned Parenthood’s efforts to harvest and sell aborted fetal body parts.

David Daleiden is head of a group called the Center for Medical Progress and it was his group that found out a lot about what really goes on behind the curtain at Planned Parenthood, exposing the ghoulishness of the organization in profiting off the destruction of human life and detailing the past and future atrocities perpetrated by that organization in a series o9f revealing and damning videos.

Daleiden’s pro-life investigative reporting did not sit well with then California Attorney General Kamala Harris who made it her mission in life to cancel Daleiden and his group, raiding his house, seizing his videos, video equipment, his notes, all with the purpose of ending his livelihood, his career, and his freedom She prosecuted Daleiden under an obscure, rarely used, and arguably unconstitutional state law. As LiveAction.org reports:

A recent update from Daleiden revealed that Planned Parenthood, Harris, and Becerra have all responded to the lawsuit filed against them, adding that all parties named in the suit have admitted the only reason Daleiden is being prosecuted is because the content of what he has said is something Planned Parenthood considers objectionable. The footage from Daleiden’s undercover investigation showed Planned Parenthood staff members coldly discussing the harvesting of fetal organs and negotiating the price of these “specimens.”

These efforts from Daleiden and his CMP team exposed the unethical behavior of the abortion provider, and Planned Parenthood retaliated for the increased public scrutiny by conspiring with then-Attorney General Harris. Planned Parenthood executives communicated with Harris’s office through multiple in-person meetings and email exchanges to determine how a warrant might be obtained to seize the video footage Daleiden gathered. 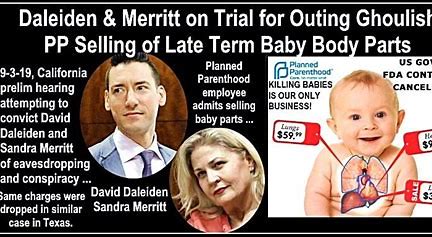 The Harris-managed vendetta against Daleiden, including a raid reminiscent of the deep state raids on the homes of Roger Stone and Paul Manafort, is detailed by Madeline Osburn over at the Federalist:

Sen. Kamala Harris accepted the Democratic nomination for vice president Wednesday night, exactly three weeks after journalist and pro-life activist David Daleiden appeared in a San Francisco Superior Court, once again fighting the criminal charges Harris brought against him at the behest of her political donors four years prior. As Harris joins a campaign fighting for the “soul of our nation,” Daleiden continues a years-long battle for countless unborn souls and the First Amendment, both of which Harris has a record of fighting against.

How blatant was Harris’s targeting of Daleiden and her disregard for a journalist’s First Amendment rights? For starters, Daleiden is the first person to ever be prosecuted for undercover video reporting in California. Her own deputy prosecutor later admitted in court that Daleiden was targeted solely because of the content his videos….

Harris’s own personal double standard goes even further. In 2013, she protected an animal rights group, Mercy for Animals (MFA), that used hidden cameras to expose alleged abuse at a poultry farm. Rather than seeking charges against MFA, Harris threw her support behind them, filing a notice to appeal against a federal judge’s previous ruling. 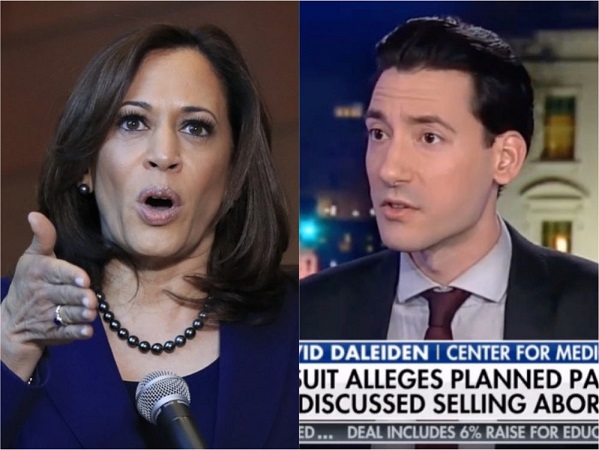 Mercy for animals but not for unborn human life in the America Kamala Harris lusts for.

In one disturbing video and its appalling transcript, made by the non-profit group Center for Medical Progress, which describes itself as “dedicated to monitoring and reporting on medical ethics and advances,” it is made clear that the alleged noble crusade against unwanted children is a fraud, and that Planned Parenthood’s interest in abortion is a financial one and that human life is just a commodity to be bought and sold on the open market.

The video shows Nucatola negotiating with two actors posing as agents of a fetal tissue procurement company and discussing the body parts of aborted babies as if she was a butcher at the local meat market, as Breitbart.com reports:

“We’ve been very good at getting heart, lung, liver, because we know that, so I’m not gonna crush that part,” Nucatola coldly explains. “I’m gonna basically crush [the unborn child] below, I’m gonna crush above, and I’m gonna see if I can get it all intact. … And for that reason, most providers will do this case under ultrasound guidance, so they’ll know where they’re putting their forceps.”

Nucatola also goes into great detail to explain how Planned Parenthood is able to use its loose affiliates as a way to protect the parent company from potential legal fallout.

Nucatola explains to the undercover reporters that the butchered body parts (hearts, livers, “lower extremities — probably for the muscle”) sell for $30 to $100  apiece.

Moreover, the more fully-formed the baby body parts, the more valuable those parts are.

Indeed, immature or improperly dismembered baby parts could dramatically impact Planned Parenthood’s and the abortion industry’s bottom line. The use of aborted fetuses and their tissues is justified by abortionists as the key to medical research, as using embryos for stem cell research was and is. Planned Parenthood’s operation strays perilously close to the territory of Dr. Joseph Mengele, the Nazi “doctor” who justified his ghastly practices in the name of research.

Planned Parenthood and its supporters got caught with their forceps down, so anything they can do to cloud the issue and cast doubt on the integrity of their accusers is in their interests. Planned Parenthood has already tried to discredit the videos by saying they were carefully edited and that the admissions of Planned Parenthood officials of conducting a for-profit baby body part flea market were taken out of context. It is hard to imagine in what “context” the discussion of the price of a fetal head versus the price of a new Lamborghini is okay. As LifeNews.com comments:

Planned Parenthood could be breaking the federal law known as the Born Alive Infants Protection Act that requires abortion clinics, hospitals, and other places that do abortions to provide appropriate medical care for a baby born alive after a failed abortion or purposefully birthed to “let die.” That would be one of the potential ways Planned Parenthood could produce a “fully intact” baby to sell to StemExpress for research. Most “crunchy” abortion methods would do damage to the baby’s body. 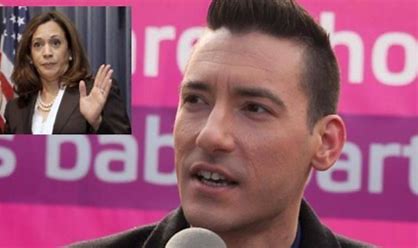 Kamala Harris decided that Daleiden must be punished for exposing the ghastly and ghoulish activities of her patron Planned Parenthood. A similar fate awaits the rest of us should she have or get to grab the reins of power. Tucker Carlson of Fox News has rightly called Kamala Harris a corrupt and dangerous fraud who sees laws and powers only as means to punish her enemies, pursue her agenda, and get elected. She is also not particularly fond of obeying the law herself as she pushes her agenda in with a ruthlessness that would make any despot blush. As Carlson noted:

Carlson, who called Biden’s vice-presidential pick the “most consequential” choice in U.S. history, disputed Sen. Kamala Harris’s authenticity on her progressive positions, saying the “front-runner” only stands by issues she knows will get her ahead in the polls. He cited the California Democrat’s low polling numbers at the time that she ended her own bid for the presidency and dropped out of the Democratic primary race.

“The wrap on Harris in exit polls is that she’s a fraud,” Carlson said. “She doesn’t really believe in anything, she’ll say whatever it takes. Of course, that is also Harris’s primary strength.”

Carlson also brought up an incident in which anti-abortion activist David Daleiden filed a lawsuit against Harris, alleging she and California Attorney General Xavier Becerra conspired with Planned Parenthood to terminate an investigation he was conducting into the fetal-tissue business. Daleiden accused Harris and Becerra of violating his First Amendment rights and abusing the state’s two-party recording law to silence “disfavored speech.”

“I think what we can conclude from this episode is that Kamala Harris, or any politician willing to use law enforcement to stop journalism she doesn’t like, probably doesn’t care too much about civil liberties or equality under the law, and indeed, she doesn’t,” Carlson said.

Kamala Harris, like Biden, supports Planned Parenthood’s crimes against the unborn and takes money and endorsements from the abortion industry. One remembers her bitter and vitriolic participation in the Supreme Court confirmation hearing for Justice Brett Kavanaugh, her resorting to lies, falsehoods, and innuendo in an attempt to get what she wanted and to keep this pro-life Catholic off the Supreme Court.