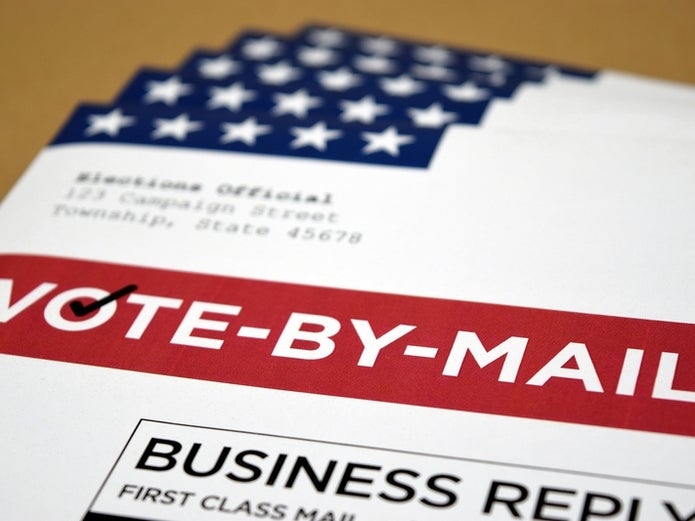 A disaster of monumental proportions is likely to be ahead for our Country if we don’t take emergency action to get at least a reasonably honest election.  Not only the President’s seat, but also the entire US House, the Houses in the State Legislatures, one/third of the seats in the US Senate, and a proportional number of seats in the State Senates, are all at stake in the upcoming election.

We are faced with irrefutable proof that the Marxists intend to steal the election.  And they will not content themselves with stealing only the President’s seat – they seek to steal every seat on the ballots.

So we need to face up to the problem and take immediate action.

But Congress still has constitutional authority to invoke Article II, §1, cl. 4, which invests in Congress the power to determine the time of chusing the Presidential Electors and the Day on which they vote.  That date is currently set for November 3, 2020.

Pursuant to Article I, §4, cl. 1, Congress may make laws determining the “Times, Places and Manner” of holding the federal elections to Congress.

Since we know that Trump ballots have been tossed into dumpsters, and election offices have been flooded with fake Biden ballots; the best course of action would be for Congress to make a law which reschedules the November 3 election to a later date, and cancels everything which has been done so far respecting the election (at least since the primaries).

Congress could then exercise its constitutional authority to establish common-sense procedures respecting the “Time, Place and Manner” of voting in the upcoming elections.  For example, Congress could pass a law providing that:

We used to do it this way.

But the Marxists came in with their hard-luck stories about how these requirements were harsh, unfair, discriminatory, and so forth; and so our side [as usual] caved in and went along with the demands which stripped us of the ability to have even reasonably honest elections.

However, because Marxists now control the House, Congress lacks the ability to act as suggested above.

Article I, §4, cl. 1 provides that the power to set the “Times, Places and Manner” of voting in federal elections is delegated exclusively to the Legislative Branches of the State & Federal governments [LINK]. Accordingly, and consistent with the Principle of “Separation of Powers” and the “political question” doctrine [LINK], the Judicial Branches of state and the federal government have no lawful authority to substitute their views on these issues for those of the Legislative Branches.

Even so, with respect to the upcoming elections, lawless federal and state judges have been usurping power by substituting their views respecting the “Times, Places and Manner” of voting for the views of State Legislatures.  Some judges are ruling that because of COVID-19, voters shouldn’t be required to go to the polls – everyone must be allowed to vote by mail; and the time for counting ballots must be extended.

Obviously, the Supreme Court has no constitutional authority to substitute their views respecting the “Times, Places and Manner” of voting for those of the legislative bodies.  Instead, the Supreme Court’s duty is to issue orders and judgments which adhere to what the Constitution says.

So the Supreme Court should overturn the usurpations orders of state and federal judges who attempted to usurp power over this issue.  They should remind The People of our Country that only the State Legislatures and Congress may address these issues – that judges must keep their hands off.   The power isn’t given to the Judicial Branches.

But a recent case out of South Carolina indicates that the most we will get from the Supreme Court is an unprincipled “cut the baby in half” compromise.

South Carolina law provides that a witness must sign an absentee ballot for the ballot to be valid. The Marxists (or their dupes) objected to this requirement and sued.  Using COVID-19 as the excuse, the federal judge disagreed [!] with the statutory requirement for a witness, and said the State couldn’t enforce it.  South Carolina election officials applied to the US Supreme Court for a stay of the lower Court’s order. 1

On October 5, 2020, in Andino v. Middleton [LINK], the Supreme Court stayed the Order, except to the extent that any ballots cast before they granted the Stay and received within two days of their Order may not be rejected.

But our good Justices, Thomas and Alito, and Gorsuch as well, would have granted the Stay in full and disqualified all the unlawful absentee ballots.

Justice Kavanaugh’s concurring opinion suggests that, like the majority, he doesn’t understand that the Judicial Branch has no constitutional authority to alter State election laws re the “Times, Places and Manner” of holding elections.  To the contrary, he pointed out that the actions of the lower Court violated Supreme Court precedent that (1) an unelected federal judge ordinarily shouldn’t make public health decisions which overrule State Legislatures, and (2) federal courts ordinarily shouldn’t alter state election rules in the period close to an election.  Yikes!

So while the Supreme Court might “give” us some relief from the massive cheating, it seems unlikely that they will provide a principled defense of our Constitution.

State governments may be the only way salvage, at least to some extent, the upcoming election.  Since the Judicial Branches of the State and federal governments have no constitutional authority to change the decisions of the Legislative Branches respecting the “Times, Places and Manner” of federal elections; State Governments should instruct the Election Officials for their State that they must obey & enforce the election laws passed by their state legislature and not the usurpations orders of judges.  Judges have no constitutional authority to change what the State Legislatures do on this issue!

Election officials should also be shown that judges have no power to enforce their orders & judgments – that they depend on the Executive Branches of the federal or state governments to enforce them. We are doomed if Americans remain unable to grasp this simple concept.

1 The better course of action would have been for South Carolina to nullify the lawless opinion of the federal judge by refusing to enforce it.  Remember! Federal judges have no army – they can’t enforce their Orders.  They must depend on the Executive Branch of the federal gov’t to enforce them.  Who thinks President Trump would send in the National Guard to force South Carolina election officials to allow cheating in the upcoming election?  If those officials had been familiar with what Alexander Hamilton wrote in Federalist No. 78 (6th para), they would have known this.