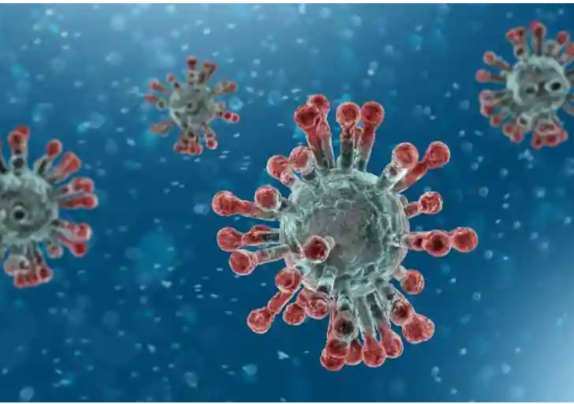 First reported in 2012 in Saudi Arabia, Middle East Respiratory Syndrome (MERS) is a respiratory illness caused by a coronavirus with symptoms similar to the COVID-19 coronavirus, namely, fever, cough, and shortness of breath with a range from none, to mild, to severe.

As of January 2020, about 2,500 cases of MERS have been reported worldwide. Human-to-human transmission typically requires close contact with an infected person, the spread being uncommon outside of hospitals.

MERS is believed to have originated in bats, was transmitted to camels as an intermediate host, then infecting humans, who had contact with the infected animals.

Although the COVID-19 virus has structural similarities to bat coronaviruses, its precise origin has yet to be identified.

The most distinguishing and unique structural feature of the COVID-19 virus is the furin polybasic cleavage site, a sequence of amino acids that interacts with human cell enzymes, which “cut” or “cleave” parts of the viral structure, thus contributing to the life cycle of the virus.

In the case of COVID-19, that sequence of amino acids is usually identified as proline-arginine-arginine-alanine or, in scientific notation, PRRA, which precedes an arginine-serine cleavage point, R-S.

It is unknown from where the PRRA sequence originated because it does not exist in any of the bat coronaviruses identified as close relatives of the COVID-19 virus.

A model for such a structure, however, does exist in the MERS coronavirus, which has a proline-arginine-serine-valine or PRSV sequence preceding the R-S cleavage point and having the following alignment:

Both sequences begin with proline (P), both are polybasic having more than one arginine (R) and both have a non-polar amino acid in the fourth position, alanine (A) and valine (V), respectively, prior to the cleavage point, R-S.

It is important to note that COVID-19 and MERS are from two completely different families of coronaviruses, so one could not have evolved from the other.

According to the scientific article “Structures and dynamics of the novel S1/S2 protease cleavage site loop of the SARS-CoV-2 spike glycoprotein,” the presence of proline (P) is highly unusual.

Unlike other amino acids, proline produces structural rigidity in proteins and is found in only 5 out of 132 identified furin cleavage site sequences.

Likewise, alanine (A) located just prior to the R-S cleavage point exists in only 5 out of 132 furin cleavage site sequences.

In an early June scientific article, “A novel bat coronavirus closely related to SARS-CoV-2 contains natural insertions at the S1/S2 cleavage site of the spike protein,” the authors claimed to have identified a bat coronavirus, called RmYN02, that appears to have a “precursor” of the COVID-19 furin polybasic cleavage site.

RmYN02 has a proline-alanine-alanine (PAA) insertion roughly in a similar position to the COVID-19 virus, but PAA is chemically neutral, lacks any basic amino acids, and has no R-S point to be cleaved.

So, the question remains, if no yet identified close relative of COVID-19 has a similar furin polybasic cleavage site, from where did such a unique structural feature with amino acids in unusual positions arise?

At present, no natural evolutionary pathway has been identified to explain the presence of COVID-19’s furin polybasic cleavage site.

Those who may have manufactured the COVID-19 virus could have been trying to mimic the cleavage site found in MERS.

Furthermore, the high rate of human-to-human transmission found for COVID-19, may have resulted from “pre-adapting” the virus for human infection by serial infection or “passaging” of the virus using animal models genetically-engineered to express the human coronavirus receptor.

There is now a preponderance of evidence that the COVID-19 virus was the product of laboratory experimentation rather than a natural infectious “jump” from bats to humans.

China still has a lot of explaining to do.

(Lawrence Sellin, Ph.D. is a retired U.S. Army Reserve colonel, who previously worked at the U.S. Army Medical Research Institute of Infectious Diseases and conducted basic and clinical research in the pharmaceutical industry. He is a member of the Citizens Commission on National Security. His email address is [email protected])