Meet Kenes Rakishev who has business interests in metals & mining, oil & gas, finance, and technology. His tech investments, made privately or through Singulariteam, cover a range of innovative companies, mostly in the fields of augmented reality, virtual reality, artificial intelligence, advanced robotics, and blockchain technology. One particular financial adventure of Rakishev is the IQCard which provides advanced financial services for the Russian retail market. Founded in 2012 with the support of Direct Group and Rakishev’s Fastlane Ventures, IQCard has developed affordable, convenient, and reliable payment solutions that include online banking services, bonus programs, and a loyalty program. 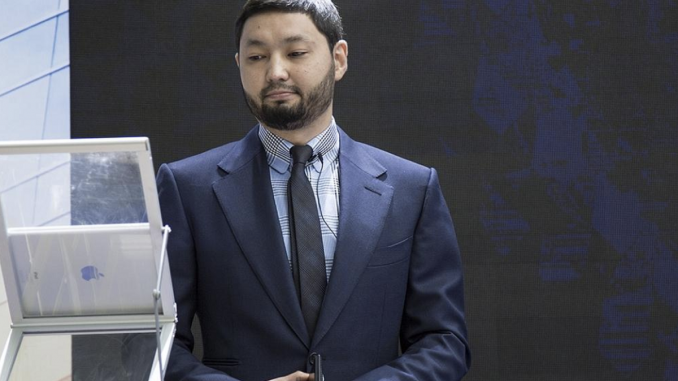 This emerging scandal has all the hallmarks of Hillary Clinton and the Clinton Foundation which manifested during her time as Secretary of State and it has the appearance of the same while John Kerry was Secretary of State. Note that John Kerry has endorsed candidate Joe Biden and the Bidens interaction with Alexandra Forbes Kerry, John Kerry’s daughter. 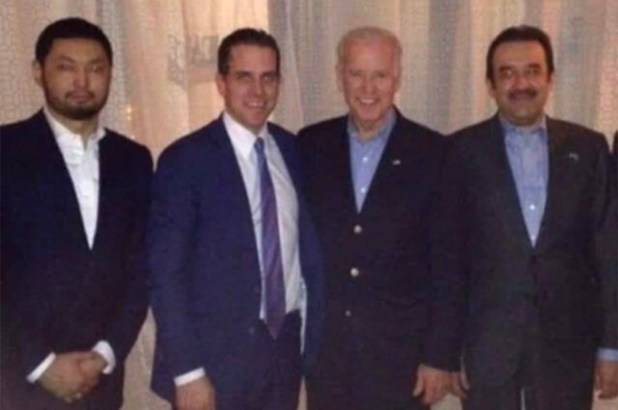 From the NYP: A new photograph has emerged of Democratic presidential nominee Joe Biden posing with Hunter Biden and Kenes Rakishev, a Kazakh oligarch who reportedly worked with the former veep’s scandal-scarred son.The snap, first published by a Kazakhstani anti-corruption website in 2019, follows last week’s bombshell Post exposés detailing Hunter Biden’s overseas business dealings and a report claiming Rakishev paid the Biden scion as a go-between to broker US investments.

In the undated photo, shared by the Kazhakhstani Initiative on Asset Recovery, the former vice president can be seen smiling with Kazakhstan’s former prime minister Karim Massimov and his son, who is flanked by Rakishev.

A Daily Mail report published Friday detailed Hunter Biden’s alleged work with Rakishev, claiming he dined regularly with the Kazakh businessman and attempted to facilitate investment for his cash in New York, Washington, DC, and a Nevada mining company.

But Rakishev, who enjoys close ties to Kazakhstan’s kleptocratic former president, reportedly ran into trouble when Western business partners realized that the opaque origins of his reported $300 million fortune could become a “liability,” the Mail reported.

The photo’s authenticity has not been independently verified but comes as the family faces growing scrutiny over Hunter Biden’s overseas business interests while the elder Biden was President Barack Obama’s vice president.

The Post published emails last week indicating Hunter Biden introduced his father to a Ukrainian oil executive before the veep pressured Ukrainian government officials to fire the prosecutor involved in an investigation of the shady organization a year later.

Biden’s campaign denied that the septuagenarian candidate had an “official” meeting with Vadym Pozharskyi but later conceded they couldn’t rule out that a meeting may have happened.

Other emails believed to be from Hunter Biden showed him leveraging links with his influential dad to boost his pay on the board of Ukrainian energy company Burisma.

The British tabloid said they obtained emails from “anti-corruption campaigners” in Kazakhstan showing Hunter making contact with Rakishev and attempting to facilitate investment for his cash in New York, Washington DC, and a Nevada mining company.

Hunter Biden also traveled to the country’s capital of Astana for business talks.

Rakishev, however, repeatedly ran into problems finding western business partners due to the murky origins of his wealth. The respected International Finance Corp. pulled out a planned deal with him over “liabilities” stemming from his connections to the country’s rulers.

As in other nations like Ukraine and China where Hunter plied his trade, Joe Biden may not have been far behind. The Mail published a photo they obtained from the “Kazakhstani Initiative on Asset Recovery” showing Hunter Biden with his beaming father alongside Rakishev.

“I’m on vacation with family [at] Lake Michigan… trying to spend some much needed time with my wife and daughters. It’s my 20th anniversary of marriage tomorrow,” Hunter told Rakishev in 2013. Source