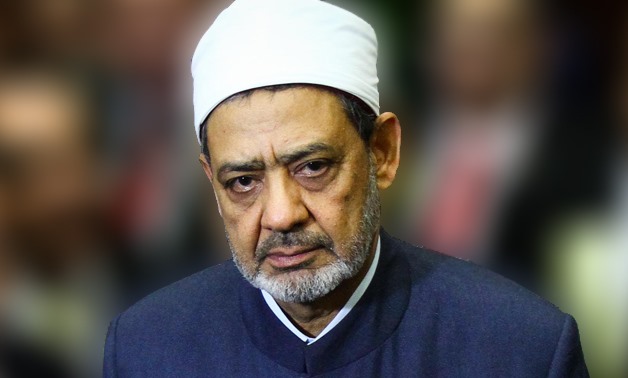 A few days ago news reports stated that you called a meeting of the Muslim Council of Elders in Cairo in order to plot a legal response against the French government over the recent issue of free speech in France that led to the murder of a French school teacher on October 16. You have accused the deceased of using “hate speech” in regard to a lesson he taught on the freedom of speech.

“Hate speech” is the term used around the world to shut down free speech by those, in particular, who wish to limit others from threatening their sinister agendas. However, in this case, “hate speech” actually fosters the agenda of jihad in that cold-blooded murder of the infidel is a justifiable reaction.

An eighteen-year-old Muslim man slaughtered his teacher because the teacher showed the famous picture published years ago by Charlie Hebdo, another victim of justified jihad. I have no doubt that you are deeply distraught over any words or a picture disrespecting the Islamic prophet just as the jihadist was who decapitated the school teacher. For this, you have my sincerest sympathies.

According to reports, the Muslim Council of Elders condemned “freedom of speech and expression,” calling it a slogan for a “systematic campaign” to undermine the prophet and mock Islamic sanctities. The Council has now affirmed its intention to resist this “hate speech” through legal means using the judicial system to deal with this matter.

As you seek to limit free speech in a Western nation, Al Azhar Institute, under your leadership, remains silent in Egypt and never attempts to limit violence or “hate speech” against Christians. As a Copt born in Egypt, I have never recalled your condemnation of the destruction of Coptic churches, violence against the Coptic congregation and clergy, or the kidnapping of Coptic girls. Could it be so because every one of these actions can be attributed to religious Muslims practicing jihad, which is promoted by freely spoken slogans?

Thankfully, no Egyptian Muslim is ever slaughtered for the sentiments of jihad spoken freely, which you completely condone by your silence. As well, you are silent regarding the slaughtered — the Coptic Christian — because it is the fulfillment of that spoken word. Now, you propose an action that serves to restrict freedom in another nation on behalf of Islam and Islam alone, similar to Egypt.

Unlike Egypt, France has a secular constitution that does not include Sharia. This means that everyone’s speech is protected, not just Muslims. You seek redress in the courts of France because you have no respect for this equality. You would like Islam to have special privileges that all others do not have, as in Egypt. You are accustomed to the second amendment of the Egyptian constitution designating Sharia law as the only source of Egyptian laws.

As your Council convenes to deal with the recent tragedy in France, which requires no intervention by a religious body in a separate nation, your intentions speak loud and clear that Egyptians have little hope for the future and will remain ensnared by the authoritarian trappings of religious fundamentalism.