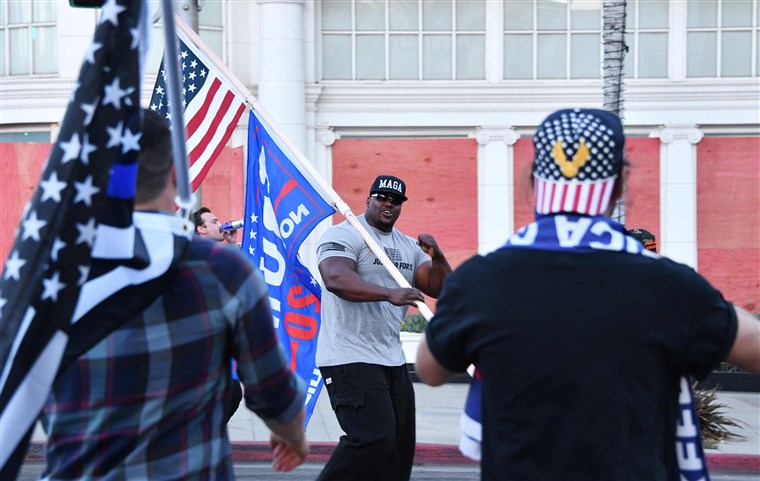 Vote like your life depends on it, “Live Free or Die.”

War historian Victor Davis Hanson appraises Donald J. Trump’s improbable and tumultuous presidency. In Hanson’s telling, Trump’s enemies, the self-styled “resistance,” thwarted the disruptor in chief from the beginning, at every turn, using every means, overt and covert. The classicist, farmer, and New York Times bestselling author warns that democracy, itself, is at stake on Election Day.

Andrew McCarthy, a former federal prosecutor who successfully prosecuted the terrorist in the 1993 World Trade Center bombing, wrote in the National Review, a clear and concise article on the corruption of the Biden Family:

“A Collusion Tale: China and the Bidens” –

Understand what’s going on here: The media-Democrat complex is warning you, on the basis of no evidence, that if you don’t close your eyes to the explosive revelations from Hunter Biden’s computers, you will be abetting a Russian intelligence operation; yet it has become increasingly obvious that this is because, if you open your eyes, you may find out that the Bidens were selling themselves to an actual Chinese intelligence operation.

Are you tired of the Deep State, and the Swamp?

Do you want accountability for those in the Deep State who went rogue in the silent coup against Trump, including the FBI, CIA, DOJ, and the Dept of State? See the article on the New World Order.

Have you had it with the “sky is falling” media stories meant to terrify you on COVID?

Are you furious about the rioting, arsons, looting, and property damage by Antifa and BLM? Allegedly, over the number of police shootings of Black men even though the national statistics say otherwise?  Yes, there are bad cops, but do you burn down your neighborhood when doctors and dentists kill people because of malpractice?  Antifa and BLM co-opt these rare deaths for their agendas.  These are not traditional civil rights groups but are radical Leftist and Marxist organizations that seek to overthrow our government by force. See article by Hanson.

Don’t be discouraged by the media polls – these polls are as flawed in their methodology as they were in 2016.  The media gives wall to wall coverage on these “polls” to suppress voting in favor of Biden

Don’t be frightened, intimidated, or discouraged to vote.  This is what the Radical Left wants.

There is no choice but to vote for Trump with all his warts and tweets if our constitutional republic is to survive.  The alternative is much more grave and terrifying. Trump is an existential threat to the Radical Left, Deep State, and the Swamp.  They are fighting for their very survival and to cover-up for the serious crimes committed to ousting a duly-elected President.  They will stop at nothing to achieve this goal.

Trump’s actions are akin to Jesus’ overturning the tables of moneychangers in the Temple of David.  Many politicos within the Beltway on both sides of the aisle are lining their pockets with taxpayer money. See the article on the New World Order.

What we are watching is Kabuki theater – “an event characterized more by showmanship than by content.”  Biden is a puppet on a string to be manipulated by the dark forces.  See the video on an alternative future with a vote for Biden.

Be careful who you vote for.  Biden is a political hack, corrupt, and used his office to enrich his family.  See the interview by Tucker Carlson of a first-person witness to the dealings of Joe Biden and his son, Hunter.

Don’t believe me? Read or view the following pieces and be guided by your common sense for whom to vote:

“The Truth is Stranger than Fiction,” Mark Twain.  An alternative future with a vote for Biden – https://tinyurl.com/yyhgej8t

“The New World Order and The Deep State Vs. We the People” – https://tinyurl.com/tzutut9