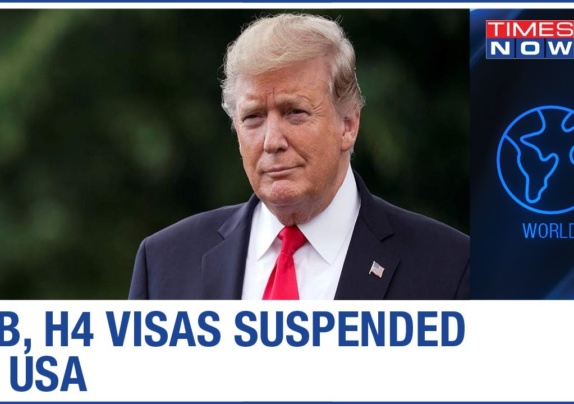 Creating jobs for Americans ought to be every politician’s top priority. But for Joe Biden, it isn’t. Instead, Biden has pledged to expand job programs for foreign workers.

Consider H-1B visas, which allow foreigners “in specialty occupations” to temporarily work in the United States. President Trump paused this program when the coronavirus pandemic started decimating the economy. But Joe Biden has stated that, if elected, he will overturn the current ban — and expand the program in years ahead. He also plans to expand other high-skilled visa programs, grant foreign Ph.D. students green cards upon their graduation from a science or tech program, and potentially convert temporary worker programs into permanent ones.

These policies would bring over half a million new foreign workers into the United States each year. These new arrivals would add competition to an already harsh job market. That’s why, to protect American workers, it is vital the Senate remain in Republican control.

The H-1B visa program, which Biden plans to reinstate and expand, has an especially worrying history.

In 2014, Southern California Edison took advantage of the H-1B program and used it to fire 500 American employees, replacing them with cheaper foreign guest workers. That same year, Disney told 250 dedicated American employees to pack their bags — but not to leave before training their cheaper, foreign replacements.

Even after hearing witnesses testify to this, Chuck Schumer, the Senate’s top Democrat, had the audacity to say, “It’s a myth that the H-1B visa program takes jobs away from Americans.” He should tell that to thousands of Americans who’ve been laid off as a result of the H-1B visa program.

Furthermore, programs like H-1B and the Optional Practical Training program, which allows foreign students to work in the United States after graduation, take opportunities away from American college graduates. Many young Montanans have seen already seen their job offers rescinded or fear layoffs as the global downturn persists. Job cuts at Boeing, traditionally a major employer of Montana State University grads, could reach 10 percent this year — or more than 14,000 jobs.

Proponents of the H-1B visa often argue that there aren’t enough American STEM graduates to meet demand. But that’s a myth. In a testimony given before the Senate Judiciary Committee, Rutgers professor Hal Salzman explained that the American supply of talented STEM graduates…“far exceeds the needs of the STEM industries, with only half of new STEM graduates finding jobs in a STEM occupation.”

These American STEM graduates need to be given a fair chance at finding jobs in their field without worrying about competition from less-expensive foreign labor.

If faced with the radical immigration agenda that a Biden administration would bring, the Senate must be able to take a stand and fight back for the sake of American workers. We simply can’t afford to put Democratic politicians like Chuck Schumer, who ignore the facts and favor foreign workers, in control of the Senate.

This column was originally published at StandUpAmericaUS,