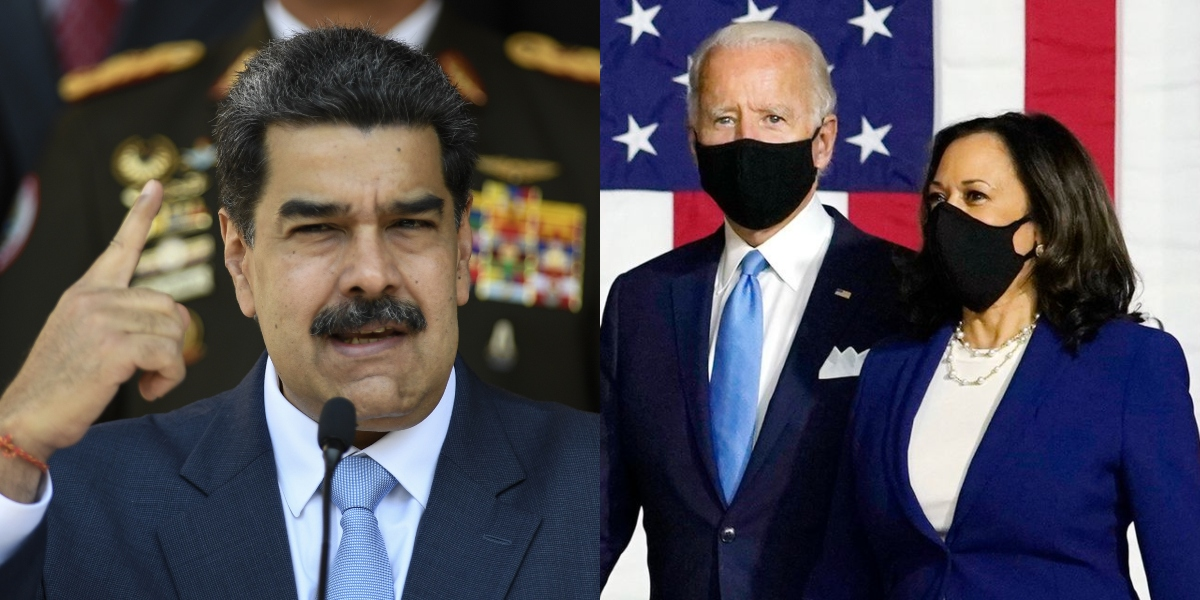 The Biden-Harris movement should be considered an army of occupation. President Trump, with more legal votes on election day, should remain in office. Trump has said that he won, and he’s right. We have to protect the president from this coup.

Today’s situation is comparable to the war of 1812 when British forces burned the White House. Later, British Prime Minister Tony Blair, in a speech to the U.S. Congress about how the British embassy celebrated that event, would say, “Sorry about that.” People laughed.

We should not be laughing now. They are threatening to burn down our country by taking the White House on the basis of fraudulent votes.

Biden said Saturday night he wanted to bring Americans together, and then proceeded to divide us up, saying, “I’m proud of the coalition we put together, the broadest and most diverse coalition in history. Democrats, Republicans, independents, progressives, moderates, conservatives, young, old, urban, suburban, rural, gay, straight, transgender, white, Latino, Asian, Native American.”

Transgender? Remember it was Biden who promised that 8-year-olds could pick their gender identities with “zero discrimination.” This is demonic. It’s more Cultural Marxism, of the kind that has already devastated our families.

Regarding the election, we already have enough evidence demonstrating that massive fraud took place. People saw it for themselves. The mysterious votes out of nowhere which arrived the early morning after the election and turned several states against Trump constitute the proof we need. This is the kind of thing that happens in Venezuela.

One analyst noted that the U.S. has now become the joke of the world due to the depraved, ignominious, and low-class cheaters carrying out this fraud in front of us. “It was similar to Venezuela,” he noted, “when the governing party halted the vote count when trailing in the night.” At daybreak, he said, “everybody knew that they had come from behind in every state and never looked back!  It is typical to cheat at night.”

Back in 2017 the U.S. Treasury actually sanctioned several communist officials in Venezuela for being “associated with undermining electoral processes, media censorship, or corruption…” The U.S. said that state elections in Venezuela “were marked by numerous irregularities that strongly suggest fraud helped the ruling party unexpectedly win a majority of governorships.”

Are you kidding? That is what is happening here. Censorship? Look at Twitter, Google, and YouTube. Corruption? Look at Hunter Biden’s laptop. Irregularities? Start with Philadelphia and Detroit.

We have photos of “vote-counting” facilities in Detroit being boarded up and concealed, in violation of the law. That allowed thousands of votes to be secretly brought on to change election outcomes.

The fraudsters have been caught with their hands in the cookie jar, by virtue of the crumbs on their smiling faces. They are laughing at us, the American people, thinking they have pulled off a heist and there’s nothing we can do about it.

In addition to what attorney David Evans has documented in Detroit, anybody with even basic curiosity can find stories like this, many the result of the fraudulent mail-in voting schemes:

Regarding those computer “glitches,” the forensic files, in this case, lead to Langley, Virginia, headquarters of the CIA, whose current and former officials constituted the Deep State base of support for the Biden/Harris ticket. The agency has been implicated by such figures as retired Lt. General Thomas McInerney in a vote fraud scheme using surveillance and hacking technology developed by the NSA.

Those doubting what happened should think back to when Russia-gate prosecutor Robert Mueller filed suit against Russians in the “Internet Research Agency” and other groups alleging interference in the 2016 U.S. elections. It sounded serious and important. The Russians had been caught red-handed!

Then, all of a sudden, the case was dropped against the one Russian company fighting the charges in a U.S. court. The case was dropped because the Russians were seeking documents about what U.S. intelligence agencies know or did about these “crimes.”  A news outlet sympathetic to Mueller said his group of lawyers argued that the company’s request to have sensitive new evidence sent to Russia “unreasonably risks the national security interests of the United States.”

The lawsuit, in other words, was just a show. And when the Russians defended themselves and demanded the evidence, Mueller’s boys tucked-tail and ran. Perhaps the Russians were seeking to expose the fact that real election interference comes from U.S. intelligence agencies. Perhaps the same technology that was used to “monitor” what the Russians were doing can be used against the American people.

Is this the “state secret” the U.S. intelligence establishment doesn’t want revealed?

One disturbing report from attorney David Evans concerned the “rather unusual looking” so-called “police officers” that were used to keep observers and Republican challengers from looking inside the vote-counting places. He explained, “I say unusual because their uniforms were not consistent. Some did not have badges and some were not well-groomed.”

Who were these people? It’s the same question I asked when I covered the mysterious death of former Clinton lawyer Vincent Foster and a witness in the case was followed and harassed. The witness, Patrick Knowlton, had evidence Foster did not kill himself, as the media and a special prosecutor claimed. Foster had secretive NSA binders before he was found dead.

In the middle of all this stands President Trump, fighting against the Deep State, Big Tech, Big Media, and other forces.

While Trump has an impressive legal team, and they are pursuing actions regarding hundreds of thousands of illegal votes that must be thrown out, one of my readers suggests a legal case to correct the fraud in all states by highlighting the “glitch” that switched thousands of votes from Trump to Biden.  The voting systems need to be scrutinized immediately. The role of intelligence agencies in the fraud must be exposed.

Two months ago Secretary of State Mike Pompeo declared, in regard to Venezuela, that “conditions for free and fair elections do not exist” and the U.S. would not recognize a scheduled “electoral farce” there.

America’s November 3 election was a farce, and everybody knows it.

One of my readers responds to the effect, “Are you saying that when Trump defeated Hillary Clinton in 2016, it was an honest election, but now it’s a rigged election?”

The answer is “Darn tootin’.” They didn’t expect Trump to win in 2016 and didn’t prepare. They did prepare this time.  You’re a sucker if you haven’t figured it out.

*For updates, please use the contact form at www.usasurvival.org