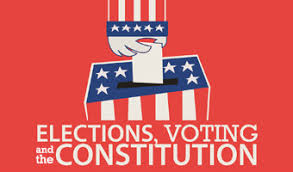 The battle every four years to capture the White House is a lose/lose situation.  It seems we are on the verge of self-destruction as the battle rages in the streets, in the media, in Congress, and in the courts.  We have civil unrest instead of domestic tranquility. The other party is not the enemy, party politics is the enemy.  I do not like being stuck in reverse in the political swamp of deceit, revenge, and despair.  But how do we move forward out of the political quicksand pulling us under? The solution is staring us in the face, but we have been ignoring it and abusing it for over 200 years—return to the Constitution.

The original Constitution was designed to select a president without a battle. Sadly, even many of the Founders and Framers took up party banners and were part of the trend to become partisan politicians instead of statesmen.  Instead of following the non-partisan path to statesmanship designed in the Constitution, they pushed toward a democracy of party politics.  George Washington expressed his dismay of this reversal in his farewell address:

“The alternate domination of one faction over another, sharpened by the spirit of revenge, natural to party dissension, which in different ages and countries has perpetrated the most horrid enormities, is itself a frightful despotism. But this leads at length to a more formal and permanent despotism. The disorders and miseries, which result, gradually incline the minds of men to seek security and repose in the absolute power of an individual; and sooner or later the chief of some prevailing faction, more able or more fortunate than his competitors, turns this disposition to the purposes of his own elevation, on the ruins of Public Liberty.”

When all else fails—go back and read the instructions. The original Constitution outlined a far superior, non-partisan, multi-step, indirect process to elect a statesman (rather than a partisan politician) to be President of the United States.

The Presidential Electors were to be the first step in the process—not a meaningless rubber-stamp, after years of campaigning, advertising, political revenge, and a popular vote based on campaign promises and government handouts.

“Each State shall appoint, in such Manner as the Legislature thereof may direct, a Number of Electors, equal to the whole Number of Senators and Representatives…”

It was presumed that the Presidential Electors, would be persons carefully chosen based on their wisdom and experience.

“The Electors shall meet in their respective States, and vote by ballot for two Persons, of whom one at least shall not be an Inhabitant of the same State with themselves.”

The constitutionally assigned duty of each Elector was to nominate two presidential possibilities worthy of such a high office.  (Voting for two precluded campaigning for one.)  There were no pre-printed ballots because the Electors were to provide the names of potential candidates, not choose between predetermined candidates.  The Electors were independent and expected to always vote their conscience.  Now, if an Elector casts a vote different than the name submitted by their party, he is called a faithless Elector.  The Electors in each State did not need to agree.  Each Presidential Elector was to submit names of outstanding individuals who had proven themselves to be wise, responsible, uphold the principles of freedom, and the Constitution.  Then,

“They shall make a List of all the Persons voted for, and the Number of Votes for each; which List they shall sign and certify, and transmit sealed to the Seat of the Government…”

This was the original nominating process outlined in the Constitution. Now we send party delegates to party conventions and support candidates who have effectively self-nominated, to decide who is most likely to defeat the opposing party’s candidate.

The machinations of party politics early-on hijacked the constitutionally assigned duty of the Presidential Electors.  These machinations led to a hastily written and hastily ratified 12th Amendment in order for parties to select both a President and a Vice-president. It states:

Even with separated lists, Presidential Electors could discuss outstanding statesmen with other Electors in their State. Each Elector was to be an independent thinker, not a rubber-stamp to someone else’s opinion or even to a consensus of opinions.  They were the ones charged with the nominating process.

Then in a joint session of Congress, the President of the Senate opened the sealed certificates and the votes were tallied.  This is when the candidates would be known.  A majority vote of the whole number of Electors appointed (This would be extremely rare without manipulation.) is required for each office. Otherwise,

“the House of Representatives shall choose immediately, by ballot, the President, the votes shall be taken by states, the representation from each having one vote…a majority of all the states shall be necessary to a choice,”

This type of federal system construction meant that the States (the House of Representatives) would, with extremely rare exceptions, make the final election.  Each State having one vote is an important safeguard to liberty in a federal republic.

Even the 12th Amendment did not actually authorize a popular vote for president even though it greatly facilitated this perversion by political parties of the original plan.

Party politics have destroyed constitutional government in many ways, too numerous to describe here.  Every State Legislature has turned their constitutionally assigned duty of choosing wise Presidential Electors over to the political parties.

The battle of an endless war rages on.  We can’t go forward because we are stuck in reverse in the political swamp. To go forward, a start to restoring the Constitution would be for the States to take back their constitutional responsibilities, such as appointing Presidential Electors who can do their job as described above.

The structure of the original Constitution was intelligently designed to establish and safeguard freedom.  The United States was to be a constitutional representative republic not a democracy.

The Evolution and Destruction of the Original Electoral College 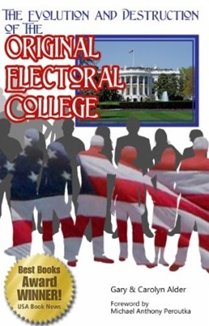