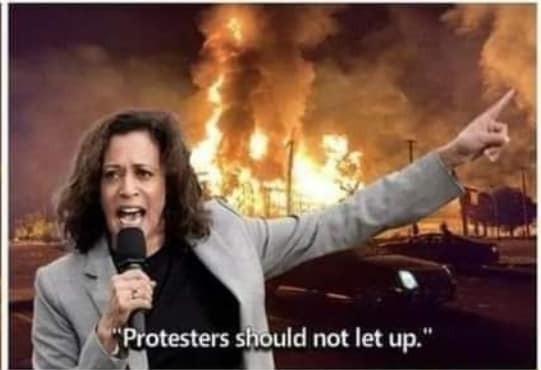 Former Trump United Nations envoy and former acting Director of National Intelligence Richard Grenell has noted the obvious, that as Democrats try to weaponize political speeches such as President Trump’s January 6th address to followers, they need to be held accountable for their own rhetoric in a year of Antifa and BLM-led riots, riots which they supported, cheered on, even aided and abetted financially, starting with Vice President-elect Kamala Harris. In a tweet Grenell noted:

If @KamalaHarris supported domestic terrorists during the 2020 election then she must be impeached when she takes office.

We must not have someone in office who actively promoted the financing of domestic terror.

Indeed, we must not. “Peacefully and patriotically,” as President Trump urged his supporters to act are not words you heard when progressives like Kamala Harris formed their “resistance” against Trump or as our cities burned in Antifa and BLM-led riots. The George Floyd/BLM protests cost 1-2 billion dollars in damage. They protested in over 140 Cities. Dozens of people died and over 14,000 were arrested, a federal courthouse in Portland was burned, as well as a historic church in Washington, D.C. but only the Capitol Hill protestors threatened our democracy. And Kamala Harris was cheering them on and helping to bail them out of jail.

President Trump gave a fiery political speech on Jan. 6th, but he has done so at scores of political rallies to over a million supporters, none of whom afterward stormed government buildings, assaulted elected officials and cops, damaged, and burned down businesses. No one died at or after any of Trump’s campaign rallies.

Riddle me this, Trump impeachment advocates. How could the storming of the Capitol have been a spontaneous reaction to Trump’s words when an FBI report says it knew the day before extremists were planning such an attack and were in their way:

A new report claims that the Federal Bureau of Investigation knew one day prior that extremists were planning to infiltrate the Jan. 6 protests in Washington, D.C., that ended in rioting at the U.S. Capitol.

According to The Washington Post, a report from the FBI office in Norfolk, Virginia, contradicts claims that there had been no warnings of the violence that seemed to take Capitol police by surprise.

The FBI warning was reportedly contained in an “internal document” that was issued out the day before the Capitol incursion.

“As of 5 January 2021, FBI Norfolk received information indicating calls for violence in response to ‘unlawful lockdowns’ to begin on 6 January 2021 in Washington, D.C.,” the document allegedly said.

Riddle me this as well, Trump haters. Nobody ever leaves a Trump rally early. So how could a riot at the Capitol begin 20 minutes before Trump stopped speaking?

The New York Times compiled video footage with timestamps to document nearly every moment of the Jan. 6th siege of the Capitol building in Washington D.C.:

The timeline shows that the violence at the Capitol building began 20 minutes before Trump finished his speech that Wednesday afternoon.

The vital events of that day took place in an approximately two hour period from roughly 1 pm to after 3 pm.

The President delivered a speech to his supporters at a rally dubbed the “Save America March,” from the ellipse in front of the White House. The speech lasted about an hour.

Roughly 20 minutes before the end of his speech is when scuffles began to break out between protesters and police on Capitol Hill, according to the NYT’s timeline.

Police could be seen about 1 pm holding off groups of violent protesters pushing up against the thin police line in front of the Capitol steps. This was when the first police barriers were reportedly breached by the mob.

Kamala Harris looked at the year-long 2020 carnage, the attacks on federal buildings, and the riotous anarchy approvingly and noted they would and should continue. As PJ Media reported:

In June 2020, in the aftermath of the nationwide rioting following the death of George Floyd at the hands of a Minneapolis police officer, Kamala Harris even gleefully predicted that the protests, during which rioting and looting occurred, wouldn’t end, telling Stephen Colbert, host of The Late Show, that they shouldn’t end.

That, ladies and gentlemen, the only two genders there are, is what you call an incitement to riot As I’ve written previously, legal scholar and former Harvard Law Professor Alan Dershowitz, who defended Trump during his first impeachment, says there is a big and constitutionally protected difference between advocacy and incitement to riot and that Trump did no such thing.. He would defend Trump again, said Dershowitz: 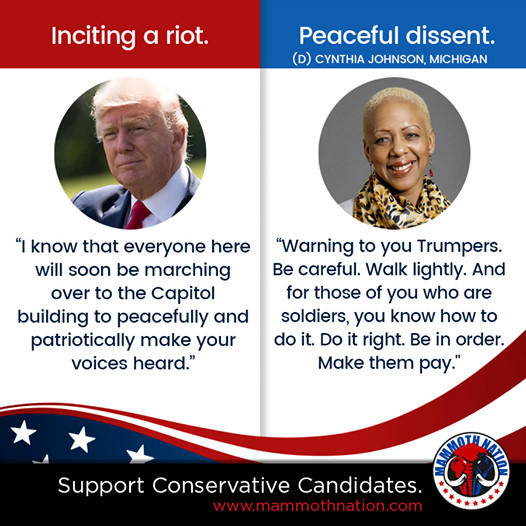 President Donald J. Trump, as PJMedia points out, never called in his Jan. 6th address to some of his 75 million supporters for “unrest in the streets” as “Squad” member Ayanna Pressley, for example, did earlier in cheering on the “resistance” to the Trump administration :

On Saturday night, California Congresswoman Maxine Waters encouraged the type of recent protests against President Trump as seen in several Washington, DC, and Virginia area restaurants, saying that she has “no sympathy” for those who serve in the administration and that the public should “turn on them” and “absolutely harass” White House officials while they are doing normal everyday activities. …

Rep. Waters then went further, adding that members of the Trump administration who continue to serve and defend the president should be harangued at gas stations, restaurants, and while shopping at department stores. “They know what they are doing is wrong,” said Rep. Waters. And for that, the public should ridicule and protest them every chance they get, according to the California congresswoman. 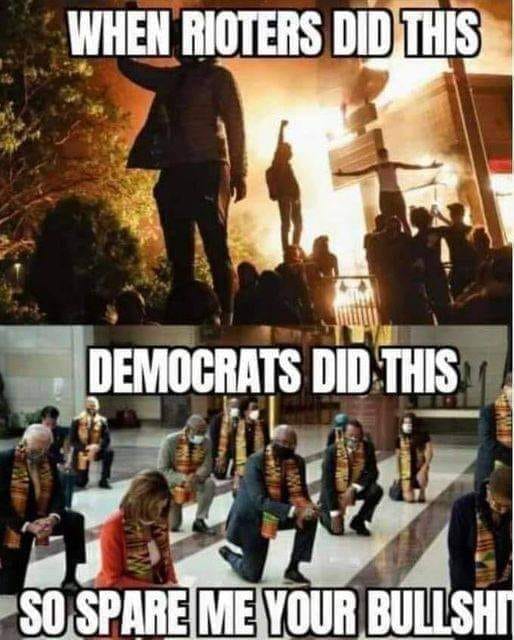 Donald Trump did not call for unending unrest in the streets but the likes of Ayanna Presley, Kamala Harris, and a score of other Democrats did. Harris did more than urge unrest in the streets. She urged supporters to contribute financially to the Minnesota Freedom Fund to keep these murderous rioters on the streets by bailing them out of jail if they were somehow arrested by reluctant Democratic mayors: As The Federalist reports:

Yes, that’s right, the Democrats’ vice-presidential candidate was a huckster for a bail fund that sought to free violent criminals who were rioting on the streets of Minneapolis, and she was very effective at it. In the wake of deadly fires and looting, Harris asked her five million-plus Twitter followers to donate money to bail out the “protesters” arrested in the riots. Let’s meet a few of the beneficiaries of her largesse, shall we? Fox 9 News in Minneapolis did the research for us. Here are a few of the criminals they found Harris did a solid for. Among those bailed out by the Minnesota Freedom Fund (MFF) is a suspect who shot at police, a woman accused of killing a friend, and a twice-convicted sex offender, according to court records reviewed by the FOX 9 Investigators.

According to attempted murder charges, Jaleel Stallings shot at members of a SWAT Team during the riots in May. Police recovered a modified pistol that looks like an AK-47. MFF paid $75,000 in cash to get Stallings out of jail.

Darnika Floyd is charged with second-degree murder, for stabbing a friend to death. MFF paid $100,000 cash for her release.

Christopher Boswell, a twice-convicted rapist, is currently charged with kidnapping, assault, and sexual assault in two separate cases. MFF paid $350,00 [sic] in cash for his release.

Wouldn’t it be ironic if they all got to vote by absentee ballot without any signature verification?  These are the violent criminal predators that Kamala Harris bailed out and urged on and that Joe Biden, the author of the 1994 crime bill that unfairly incarcerated a generation of young black males, refused to condemn.