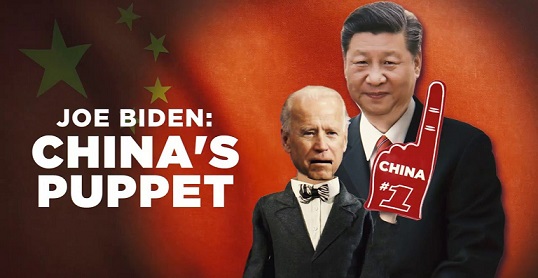 It is rare when a political action can be legitimately labeled seditious and treasonous at the same time. If you ever wondered why the Durham investigation was last seen on the back of a milk carton and why no one involved in the Russian collusion hoax and the Deep State coup to depose duly-elected President Donald J. Trump has been indicted, consider the actions of William Barr, whom Trump economic adviser Peter Navarro, speaking on Maria Bartiromo’s Sunday Morning Futures show on Fox News, dubbed Trump’s last attorney general and Biden’s first.

At the end of Trump’s first term, but hopefully not last, Barr, whose DOJ is charged with the responsibility of reviewing authority and legality issues surrounding executive orders, sat on at least 30 Trump executive orders that were ready to go while fast-tracking 17 Biden executive orders so they would be ready for Biden’s signature on day one. They included an executive order rescinding a Trump order barring China from supplying electrical equipment to the U.S. power grid, making it vulnerable to Chinese hackers and posing a dire national security threat. As reported by Real Clear Politics:

“Trump’s last Attorney General actually also turns out to be Joe Biden’s first Attorney General,” Navarro railed. “Because here is what was happening. We had over 30 executive orders queued after election day, ready to go. But we kept running into all of these roadblocks and roadblocks and hurdles. It turns out that Bill Barr’s office of legal counsel was fast-tracking all of these Biden EOs.” 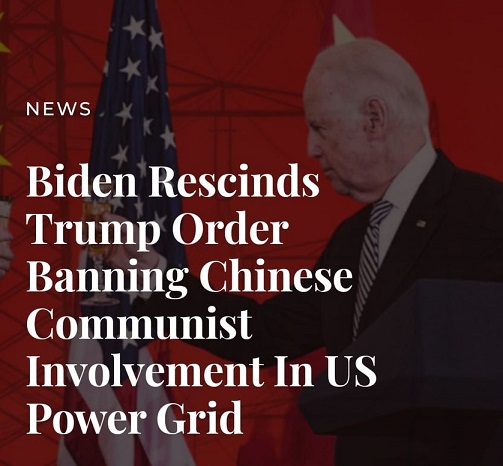 Certainly, this is more seditious than the fake Russian dossier on Trump paid for by the Hillary Clinton campaign and the DNC and compiled from Russian sources by former British spy Christopher Steele or the fraudulent FISA warrant applications, a fraud on the court committed by the FBI. Certainly, this is more treasonous than the Russian collusion hoax and the phony “quid pro quo” congratulatory phone call by Trump to the new Ukrainian president. We now see Barr was too busy doing Biden’s bidding to serve the President who appointed him. The Deep State didn’t need CIA moles or FBI tricks. It had cherubic and treacherous Bill Barr, who helped place the U.S. in mortal danger.

We have known for a long time that units of China’s armed forces, whom I have dubbed its “Cybertooth Tigers,” were developing capabilities to penetrate and potentially disrupt U.S. computer and power systems as part of the People’s Liberation Army’s focus on what is known as “asymmetrical” warfare, specifically cyber-warfare. At least as far back as the 2008 edition of the Pentagon’s annual report to Congress entitled “Military Power of the People’s Republic of China,” it was noted that China’s armed forces and other entities “continue to develop and field disruptive military technologies, including those for… cyber warfare…”

In future conflicts, the ability to shut down an opponent’s command and control systems or its power grids could be as decisive as any traditional engagement on the battlefield. This capability is a valuable economic and military asset as Beijing seeks to make the 21st century a Chinese one.

In a 74-page study released by the cyber-security firm Mandiant, based in Alexandria, VA,  responsibility is placed for  the overwhelming number of cyber attacks on U.S. computer systems, companies, and government agencies at the feet of the 2nd Bureau of the People’s Liberation Army General Staff’s 3rd Department, most commonly known as Unit 61398, whose work is a Chinese state secret and appears to receive “direct government support.”

The Chinese cyber-threat is not just economic. In a speech at the Intrepid Sea, Air and Space Museum in New York in October, then-Defense Secretary Leon Panetta said the U.S. was facing the possibility of a “cyber-Pearl Harbor” and was increasingly vulnerable to foreign computer hackers who could dismantle the nation’s power grid, transportation system, financial networks, and government. Chinese capabilities and ambitions have grown since then.

Like the Stuxnet virus that targeted Iran’s nuclear program, computer hackers and the viruses they produce can potentially shut down key U.S. installations and systems such as our power grid. A March 2007 video of a test by the Idaho National Laboratory shows what kind of damage can be done by a cyber-attack. The video showed a power turbine spinning out of control until it became a smoking hulk and shut down as a result of the test cyber-attack. Placing Chinese electrical equipment in our power systems makes the Chinese task easier and Biden made an underhanded move to do just that. As the National Pulse observes:

President Biden has revoked a Trump-era executive order that sought to keep foreign countries and companies out of America’s bulk power systems – principally entities associated with the Chinese Communist Party – as part of his “Executive Order on Protecting Public Health and the Environment and Restoring Science to Tackle the Climate Crisis.”

The executive order, which executes key tenets of President Biden’s climate change agenda, was released on the former Veep’s first day in office.

Section 7 of the massive order, which includes the revocation of the permit for the Keystone XL Pipeline, also revokes several climate and energy-focused executive orders penned by the Trump administration.

Subpoint C notes that “Executive Order 13920 of May 1, 2020 (Securing the United States Bulk-Power System), is hereby suspended for 90 days.”

The Trump-era order sought to ban, replace, and set new criteria on the bulk-power system (BPS) electric equipment coming from a foreign country or nation that poses a national security threat.

“Foreign adversaries are increasingly creating and exploiting vulnerabilities in the United States bulk-power system, which provides the electricity that supports our national defense, vital emergency services, critical infrastructure, economy, and way of life. The bulk-power system is a target of those seeking to commit malicious acts against the United States and its people, including malicious cyber activities, because a successful attack on our bulk-power system would present significant risks to our economy, human health, and safety, and would render the United States less capable of acting in defense of itself and its allies,” the introduction to the executive order read.

The move “prohibited any acquisition, importation, transfer, or installation of BPS electric equipment by any person or with respect to any property to which a foreign country or a national thereof has any interest, that poses an undue risk to the BPS, the security or resiliency of U.S. critical infrastructure or the U.S. economy, or U.S. national security or the security and safety of U.S. persons.” 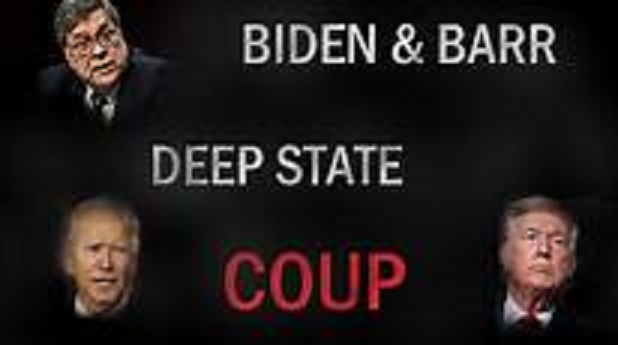 The 2015 hacking of Ukraine’s power grid by Russia shows the possibility of cyber-warfare and may have been a test run by our adversaries for a cyber-attack on U.S. power systems. As Leon Panetta noted, the next Pearl Harbor may not involve military force such as bombs being dropped and, while Russia and Chinese military capabilities are impressive and growing, so are their cyber capabilities that may enable them to win World War III without firing a shot:

In its July cover story, Wired magazine takes an in-depth look at a years-long string of cyberattacks in Ukraine that could have global implications. It has undermined every sector including the media, military, politics, and even people’s homes.

Andy Greenberg, who reported the story, and Wired editor-in-chief Nicholas Thompson joined “CBS This Morning” to discuss the findings and what the implications could be for the United States.

The Russian attacks on Ukraine’s power grid were extensive. In 2015, electricity was cut to nearly a quarter-million Ukrainians, and about a year later a transmission station was taken down, revealing the attacks were becoming more sophisticated.

The reason, according to Greenberg, was Russia’s desire to destabilize Ukraine. What he finds even more worrisome, though, is that the Russians seem to be using Ukraine as a place to test-run their methods.

“The really disturbing thing is that they’re also using Ukraine as a testing ground for attacks that they’re hoping to possibly use against Western Europe or the United States in the future,” Greenberg said. 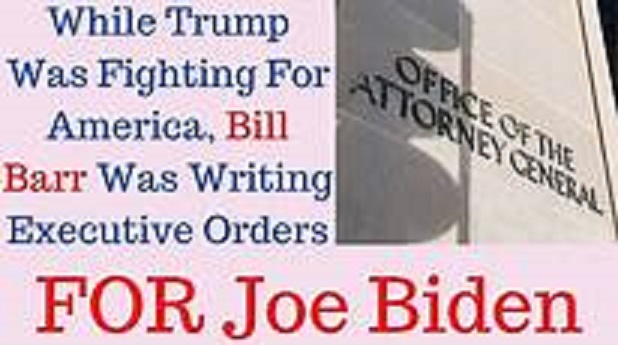 The first few days of Joe Biden’s Presidency are proving to be a nightmare for the country’s national security, and the latest move by the 46th U.S. President is all set to make Chinese intrusion into the American power sector imminently unavoidable. While the former President Donald Trump had made the American electricity grid nearly immune to any Chinese interference, Joe Biden is working overtime to sell the country’s power sector to the CCP. In line with the same, in an executive order dated January 20, Biden has suspended the May 2020 “Executive Order on Securing the United States Bulk-Power System,”  for 90 days which was signed by former President Donald Trump.

The fate of the all-important executive order now hangs in the balance and will be determined by Biden’s Secretary of Energy and Director of the Office of Management and Budget (OMB). Unsurprisingly, the Biden administration’s OMB head has formerly served as the president of the Center for American Progress (CAP), an establishment think tank that has taken trips to China and co-authored reports alongside a Chinese Communist Party-backed influence operation, The National Pulse reported.

China continues to develop new ways to attack us economically and militarily. Unless we are prepared our next Pearl Harbor may not begin with an ominous “Tora, Tora, Tora” but with the innocent-sounding, “You’ve got mail.”  None dare call it treason. I will.

Daniel John Sobieski is a former editorial writer for Investor’s Business Daily and a free lance writer whose pieces have appeared in Human Events, Reason Magazine, and the Chicago Sun-Times among other publications.