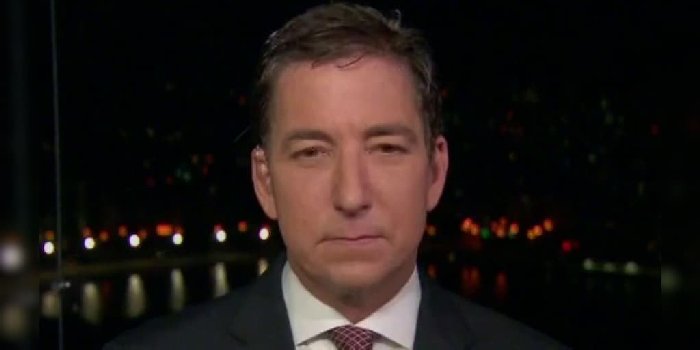 Tucker Carlson’s Fox show is always worth watching but he is increasingly dependent on a left-winger, Glenn Greenwald, for commentaries. Fox News now has an entire article devoted to Greenwald’s critique of liberal journalists on matters like the Hunter Biden affair. It’s good Greenwald parts ways with the official Democratic Party line and sees the light on these issues. But that doesn’t erase his history of service to anti-American causes. Viewers of Fox deserve the truth.

Greenwald once accepted an award named after Soviet agent I.F. “Izzy” Stone, saying Stone “pioneered what modern journalism ought to be.”

Stone, the uncle of Weather Underground communist terrorist Kathy Boudin, continues to be a hero to the left. The Nieman Foundation for Journalism at Harvard offers an annual “I.F. Stone Medal for Journalistic Independence.”

Greenwald appears in the film, “All Governments Lie: Truth, Deception, and the Spirit of I.F. Stone,” along with left-wing luminaries such as Michael Moore and Noam Chomsky. The Communist People’s World praised the film,  referring to the “great I.F. Stone.”

Accuracy in Media founder Reed Irvine noted that “Stone’s subservience to the Stalinist line was shown in his 1952 book The Hidden History of the Korean War, which parroted the communist claim that South Korea started the war by invading the North.”  Stone was an ardent Stalinist until Khrushchev denounced Stalin in 1956.

When I was with Accuracy in Media and asked Greenwald for comment on his “Izzy Award,” in light of Stone’s well-documented service on behalf of the old Soviet Union, Greenwald exploded, saying in part:

For the record, Commentary had published excellent articles about Stone’s service to the Soviet Union. One article by John Haynes and Harvey Klehr was titled, “I.F. Stone, Soviet Agent—Case Closed.”

As I noted at the time, in several articles for AIM, the identification of Stone as a Soviet agent is based on information in the Venona World War II-era Soviet spy cables that a Soviet intelligence officer named Vladimir Pravdin had recruited I.F. Stone. In addition, Accuracy in Media received Stone’s FBI file, which said that two sources had actually named him as a member of the Communist Party. One of them was Louis Budenz, former editor of The Daily Worker, who later became an active anti-communist.

Later, Greenwald would assist CIA/NSA defector Edward Snowden in spilling state secrets to the Chinese and the Russians. Snowden is currently being guarded in Moscow by the FSB, the security service of the Vladimir Putin regime. I wrote about all of this in my book, Blood on His Hands: The True Story of Edward Snowden.

Lt. Gen Ion Mihai Pacepa, the highest-ranking Soviet bloc intelligence official ever to defect to the West, called the Snowden affair “a well-prepared Russian intelligence operation” against the United States and concluded that Snowden was “an agent of the Russian foreign intelligence service.”

While he does have some libertarian instincts, Greenwald has been strongly allied with the anti-American far-left, In a 2011 article in the socialist publication In These Times, Greenwald said “the only thing that can truly strengthen America’s national security is a weakening of America.” The article was adapted from a Greenwald talk given at the Socialism 2011 conference.

A regular speaker at socialist conferences, he declared at one such event that al-Qaeda’s 9/11 terrorist attacks on America were “very minimal in scope compared to the level of deaths that the United States has been bringing to the world for decades — from Vietnam to illegal wars in Central America…”

During an appearance before the Council on American Islamic Relations (CAIR), a Muslim Brotherhood front, Greenwald praised the group for its “patriotic work.” He described Anwar al-Awlaki, the American al-Qaeda leader killed in a drone strike, as “someone who the U.S. government hates because he speaks effectively to the Muslim world about the violence that the United States commits regionally, and the responsibility of Muslims to stand up to that violence.”

Defending WikiLeaks founder Julian Assange, then on the run from rape allegations and living in the Ecuadorean Embassy in London, Greenwald stated on the Moscow-funded channel Russia Today (RT) that Assange’s work for the pro-Putin network was perfectly fine and proper. The Russians had given Assange a TV show on RT, where he interviewed such figures as Hezbollah terrorist leader Hasan Nasrallah, U.S. Marxist professor Noam Chomsky and Ecuadoran President Rafael Correa.

None of this seems to matter now, as Greenwald has apparently cut ties to the billionaire backer of his publication The Intercept and went out on his own, finding a place on Fox programs hosted by Tucker Carlson and Laura Ingraham. He seems to be ingratiating himself with the channel, perhaps looking for a job.

His extreme left-wing background is now forgotten, to the point where The Daily Caller, which was founded by Tucker Carlson, once ran a story that included an image of Greenwald sitting at a desk with his “Izzy Award” displayed in back of him. Viewers probably didn’t know what it represented.

It’s good he has apparently deserted the left. But let him disavow I.F. Stone and his pro-Soviet activities. Let him tell the truth about Snowden. Then we can take his criticism of the left more seriously.