Jordan’s domestic upheaval involved some Arab countries, members of the royal Jordanian family, and other prominent Bedouins, who were arrested and charged with an attempted regime change.

A regime change in Jordan could transform the strategically-located country – between Syria, Iraq, Saudi Arabia, and Israel – into another haven for Palestinian and Islamic terrorism. It would threaten the existence of the current regimes in Saudi Arabia, all other pro-US Gulf states, and Egypt, advancing the interests of Iran’s Ayatollahs, Turkey’s Erdogan, the Muslim Brotherhood, China, and Russia, while traumatizing regional stability and with dire Western and Israeli national security and economic consequences.

Jordan’s inherently political and ideological vulnerability has been fueled by intra-Bedouin fragmentation and conflicts, dating back to 1921, when the Hashemite Bedouin family was imported to Jordan – from Hejaz in western Saudi Arabia – by the British Empire, and imposed upon the indigenous Bedouins of (mostly southern) Jordan.  Furthermore, Jordan’s Bedouins are deeply divided, geographically, tribally, culturally, ideologically, and religiously, with some of the southern tribes considering the Hashemites “carpetbaggers” from the Arabian Peninsula, Westernized and straying away from Islam and pan-Arabism by concluding a peace treaty with the “infidel” Jewish State.

Moreover, 70% of Jordan’s population are Palestinians, while Palestinian leaders (e.g., the PLO, the Palestinian Authority, and Hamas) view Jordan as an artificial entity, the eastern (78%) part of Palestine. Hence, Palestinian active involvement in subversion and terrorism in Jordan and occasional attempts to topple the Hashemite regime, such as the civil war in September 1970 and the 1989 wave of terrorism.

Therefore, Palestinians have been involved in the Muslim Brotherhood’s political and terroristic subversion in Jordan, as they have been in the Brotherhood’s operations against the regimes of Egypt and the Gulf States.

END_OF_DOCUMENT_TOKEN_TO_BE_REPLACED 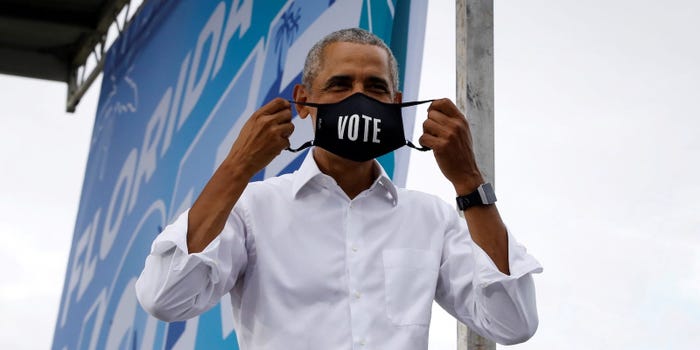 Trump and Obama agree on one thing: take the China virus vaccines. This is significant because Trump supporters and blacks are two groups that are resisting the vaccines. These groups are playing Russian roulette with the China virus and human lives.

Some Christians see the vaccines as deadly killers or the “Mark of the Beast” signifying the End Times. If this is true, Trump and Obama will either be seriously injured or dead from the vaccines or else teaming up to run the world government of the anti-Christ. I doubt it.

Trump launched Operation Warp Speed so the vaccines could be ready as quickly as possible to save lives. But when they became available, some of his followers called him a dupe of Bill Gates, Big Pharma, and Anthony Fauci. Nevertheless, Trump, who got Covid and the vaccine, has remained adamant that they are life-savers. His position is supported by such Christian leaders as Franklin Graham, Robert Jeffress, and Dr. James Dobson. Capitol Hill conservatives, including the GOP Doctors Caucus, endorse the vaccines as well.

Some blacks remember the government’s Tuskegee experiment, in which, as Obama noted, “the government withheld treatment that was available for black men for syphilis.” Hence, they don’t want to get jabbed with the coronavirus vaccine. It says something that Obama is taking Trump’s Warp Speed vaccines.

As Obama said if these vaccines are so risky and dangerous, why are the nation’s “wealthy and powerful” taking it? Are they on a suicide mission? I doubt it.