(Reuters) – U.S. President Joe Biden and Iraqi Prime Minister Mustafa al-Kadhimi on Monday sealed an agreement formally ending the U.S. combat mission in Iraq by the end of 2021, more than 18 years after U.S. troops were sent to the country.

Coupled with Biden’s withdrawal of the last American forces in Afghanistan by the end of August, the Democratic president is completing U.S. combat missions in the two wars that then-President George W. Bush began under his watch.

Biden and Kadhimi met in the Oval Office for their first face-to-face talks as part of a strategic dialogue between the United States and Iraq.

“Our role in Iraq will be … to be available, to continue to train, to assist, to help and to deal with ISIS as it arises, but we’re not going to be, by the end of the year, in a combat mission,” Biden told reporters as he and Kadhimi met.

There are currently 2,500 U.S. troops in Iraq focusing on countering the remnants of Islamic State. The U.S. role in Iraq will shift entirely to training and advising the Iraqi military to defend itself.

The shift is not expected to have a major impact since the United States has already moved toward focusing on training Iraqi forces.

President Joe Biden, right, speaks as Iraqi Prime Minister Mustafa al-Kadhimi listens during their meeting in the Oval Office of the White House in Washington, July 26, 2021.

The Iraqi Prime Minister Mustafa al-Kadhemi on Monday in his first meeting with the weakened leader, whose loyalties are precariously split between the US ally and pro-Iran factions at home.

At the heart of the meeting will be the presence of US troops in Iraq and more broadly, whether Baghdad has what it takes to stand up to residual Islamic State jihadist group cells within the country’s borders.

END_OF_DOCUMENT_TOKEN_TO_BE_REPLACED 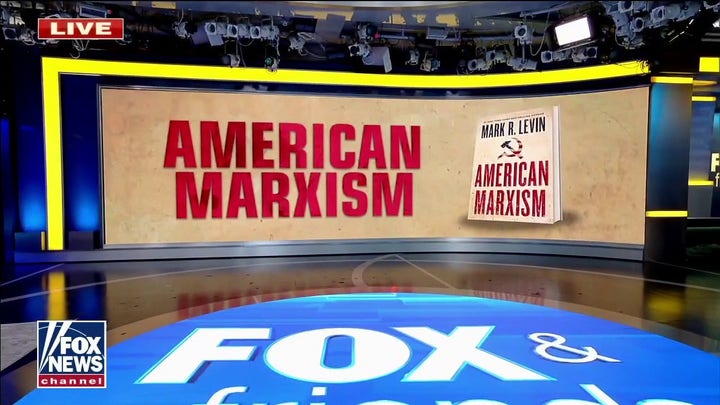 The new Mark Levin book, American Marxism, tells an old story that my group, America’s Survival, Inc., has been telling for decades. Levin is a Johnnie-come-lately to a problem that we documented in several major conferences. What Levin ought to do is examine how one of the most important Marxist doctrines, referred to by Marx as the abolition of the family, has taken root in the conservative movement he claims to represent and on the cable channel that employs him.

Chronicles magazine is tackling the taboo topic of how the sexual revolution has infected conservatism. From my vantage point, it has scandalized Fox News since the time when a group of women exposed how Fox founder Roger Ailes sexually harassed women in his employ. His techniques eventually gave rise to the movie “Bombshell.”

“America has embraced a culture in which sex is ripped out of all moral contexts and made into a matter of an individual’s creative identity and pursuit of physical pleasures,” writes Alexander Riley in Chronicles magazine. The issue examined “Divorce and its Costs” and includes a fascinating article by Stephen Baskerville, “The Sexual Left, the Welfare State, and the Divorce Revolution.”

Looking at the headlines, one sees that a female top FBI official had a “romantic relationship” with a subordinate, a top Catholic official was caught using a gay dating app, and former Fox employee Ed Henry is accused of having an affair with a female employee while claiming his firing constituted yet another cover-up of sexual affairs at Fox.

What’s more, the lawsuit contends, “In 2020, the company began blacklisting prominent conservatives who offended friends of the Murdoch family,” the owners of Fox. One top Fox official is quoted as saying she was tired of “carrying water” for President Trump.

Meanwhile, Fox star Jesse Watters is hawking a book, How I Saved the World, even though he couldn’t save his own marriage. His messy affair and divorce were the subject of countless stories. But he bounced back with a new wife, as the New York Post reported, “Guests at their wedding in Naples, Florida, included Donald Trump Jr. and Kimberly Guilfoyle, plus Eric and Lara Trump.”