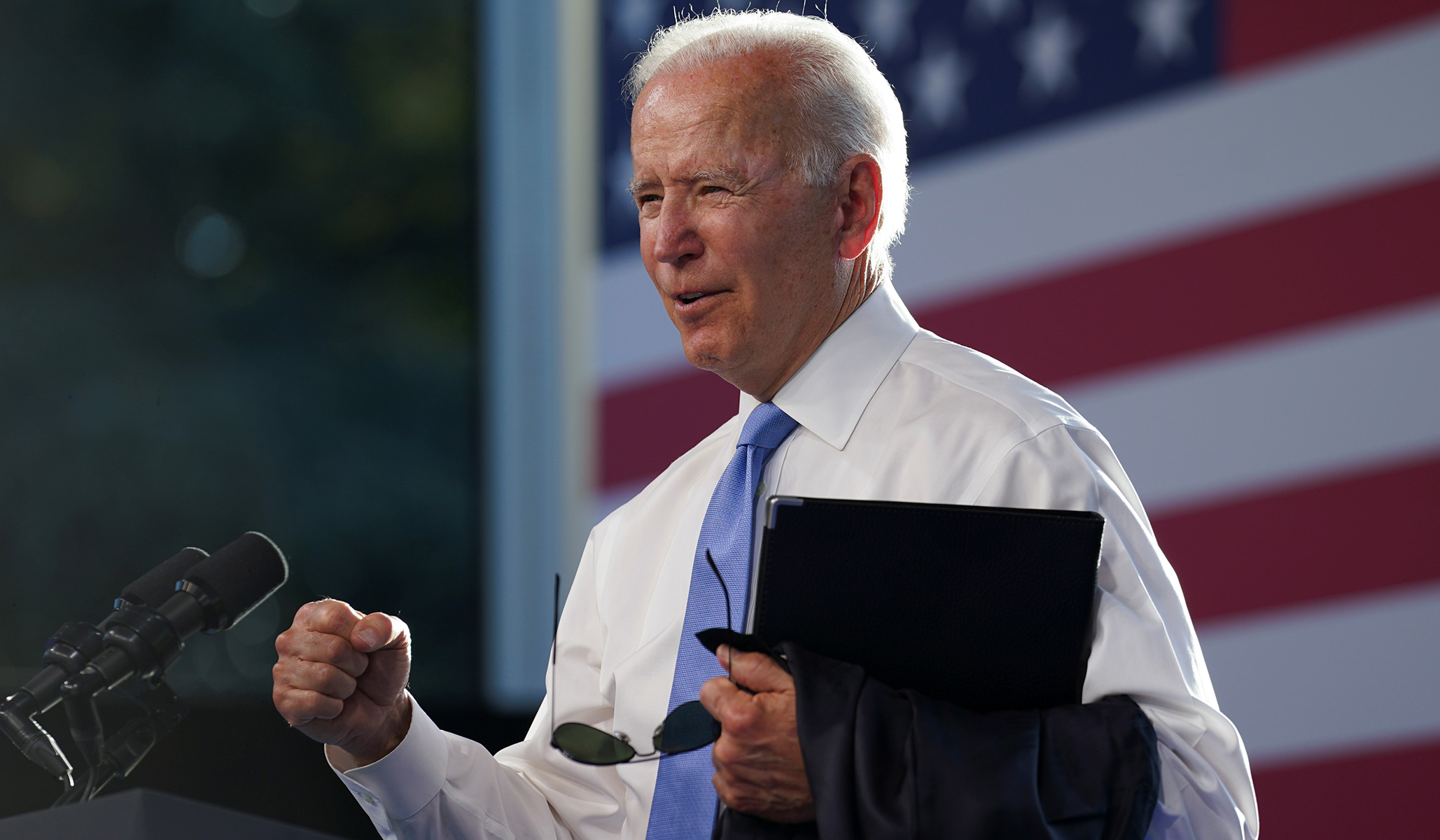 Here, though, China Joe is going to the rescue of China, with Commerce Secretary Gina Raimondo working to increase business ties with China. In an interview with the Wall Street Journal, Commerce Secretary Gina Raimondo “said she plans to lead delegations of U.S. chief executives overseas, including to China, to hunt for business and discuss longstanding trade issues…” Raimondo, a former governor of Rhode Island, was confirmed by a wide 85-15 margin, meaning that most Republicans once again failed to put up a fight.

One who did, Sen. Ted Cruz (R-Texas), said that her nomination was “part of a pattern” of the Biden administration easing pressure on China. On voting against her, Cruz said, “This appears to be a part of a pattern of a systematic decision to embrace Communist China…The fact of the matter is that there has been a rush to embrace the worst elements of the Chinese Communist Party in the Biden administration. And that includes Governor Raimondo.”

In her testimony, Raimondo said, “I know the climate crisis poses an existential threat to our economic security, and we must meet this challenge by creating millions of good, union jobs that power a more sustainable economy.”

One might call this “Build Back Better” in China.

Thanks to President Trump, Chinese company Huawei’s emerging dominance of emerging 5G telecommunications technology was reversed. His Commerce Secretary, Wilbur Ross, added Huawei, a giant Chinese telecommunications firm, to the Entity List, imposing a licensing requirement under the Export Administration Regulations. In a 2012 report, the House Intelligence Committee had called Huawei a threat to U.S. national security interests because it is an instrument of Chinese espionage.

The Trump Administration’s actions came just in time. National Security Agency (NSA) defector Edward Snowden’s illegal disclosures had included documents on NSA surveillance that had clearly benefitted Huawei, an NSA target. Those stolen NSA documents, which gave the Chinese a significant advantage in the cyberwar between the U.S. and China, went to The New York Times and The Washington Post.

But the China Joe Administration may now come to the rescue of China on this matter as well.

Senator Cruz, in opposing Raimondo, noted, “One important thing the Department of Commerce does is maintain an Entity List, which is a list of foreign parties and companies that engage in activities contrary to American national security interests… When Governor Raimondo came before the Senate Commerce Committee in January, I asked her if she would keep those Chinese technologies companies on the Entity List. She refused to make that commitment. In fact, she wouldn’t even commit to keeping Huawei on the Entity List, which is unabashedly an espionage agency of the Chinese Communist Party. In questions for the record, I gave Governor Raimondo a second chance to clearly and explicitly answer these questions, and yet she still refused.”

Those questions for the record can be found here.

In his remarks on March 2, Cruz added, “I recognize that there’s a lot of pressure from Big Business and Big Tech to get in bed with China. That is profoundly contrary to American interests. Now, we’re just about six weeks into the Biden presidency, and the Biden administration has already been keen on lifting the restrictions on Huawei since the very first week.”

My own book, The Sword of Revolution and the Communist Apocalypse, had predicted China’s leadership role in the global communist revolution. This is what is at stake for China. But if China fails, we win.

We know that the communist regime cannot be overthrown from within. One of the main threats, as perceived by the communists, is Christianity. “Across China,” says Rep. Vicky Hartzler, “the Chinese Communist Party is committing atrocious human rights abuses and persecuting Christians for simply practicing their faith. China has closed and destroyed churches, installed surveillance equipment on church property, arbitrarily detained and tortured those who practice the Christian faith, and forced the modification of Christian teachings to conform with the objectives of the Chinese Communist Party.”

What’s more, there is no possibility of a war with China that will be won by the United States, as long as Joint Chiefs of Staff chairman General Mark Milley remains in his current position. As noted by Hartzler, he held calls with his Chinese defense counterpart, General Li Zuocheng, and “promised Gen. Li he would warn China if the United States was planning to attack.” A senior member of the House Armed Services Committee, Hartzler said, “This is very disturbing and against the best interests of our nation.  I told him his actions deserved his resignation. We deserve generals who will put America first.”

In effect, the China Joe Administration, including America’s top general, is already on the side of China. The odds seem to be with China and against America.

But it’s China’s capitalist economic phase, with massive debt, that represents a strategic vulnerability for the regime and America’s best hope of coming out on top. If this happens, Ronald Reagan’s prediction that Marxism will end up on the “ash heap of history” could come about.