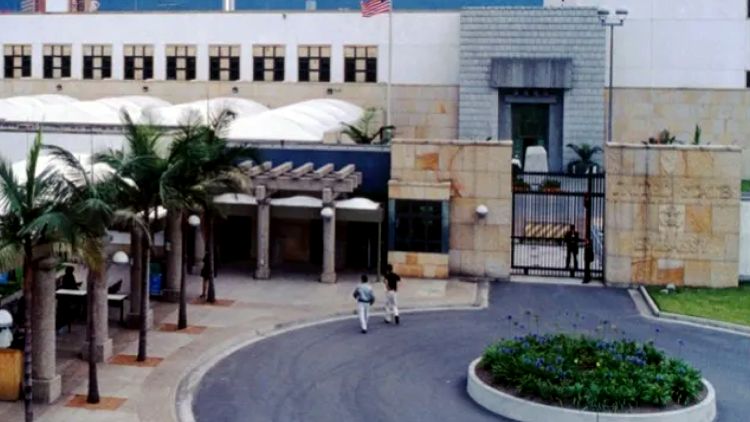 Primer in part from the BBC:

A CIA officer who was traveling to India this month with the agency’s director has reported symptoms consistent with so-called Havana syndrome, US media report.

Three unnamed sources told US media that the officer has received medical attention for the mystery illness.

The CIA has not responded to requests for comment by the BBC.

It’s the second reported case in less than a month, as US authorities continue to investigate its cause.

The syndrome first affected people at the US and Canadian embassies in Havana, Cuba, in 2016 and 2017. Dozens of other episodes have since been reported by American officials in the US, China, Russia, Germany, and Austria.

And now the most recent:

The U.S. Embassy in Bogota, Columbia is host to anti-narcotics operatives, spies, diplomats, and aid workers. Just a week before secretary of state Anthony Blinken is scheduled to visit the South American country and after US President Joe Biden last week signed a law that provides increased funding and medical care for US government employees who fall ill with “Havana syndrome”.

END_OF_DOCUMENT_TOKEN_TO_BE_REPLACED

I used to worry about the immense power of the Military-Industrial Complex, but now, I’m more concerned about the AI-influenced Industrial Lie Complex.