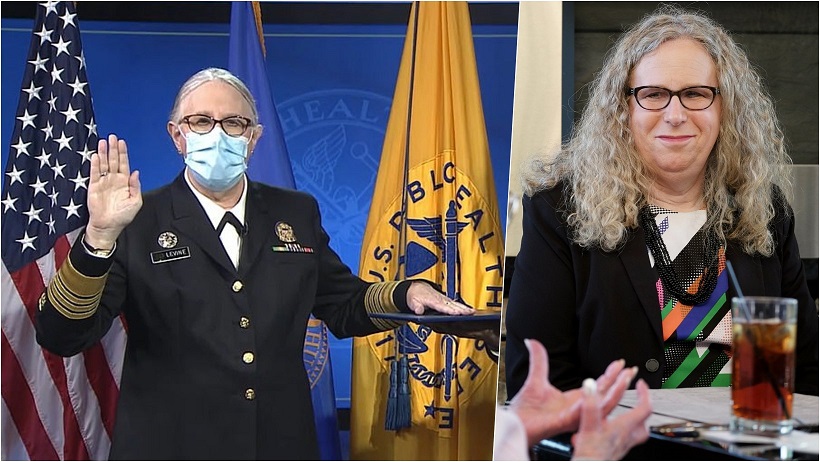 Rachel Levine is a man dressed up as a woman and so is Caitlin Jenner, former California gubernatorial candidate. You can change many things but you can’t change the chromosomes you were born with. There are two genders. Male and female He, yes, He, created them. The God that endowed us with our unalienable rights does not put our souls in the wrong bodies. There are X chromosomes and there are Y chromosomes but there are no L, G, B, T, or Q chromosomes. But here we are, with the liberals hypocritically ignoring the science:

Even if you believe that gender is a social construct and subject to how one feels and not dependent on biology, sex chromosomes determine whether an individual is male or female. Rachel Levine is 100 percent male, right down to his DNA. He is not a female. He may have grown his hair out and changed his name to a woman’s name, but that doesn’t make him a female.

Matt Margolis at PJMedia notes how both he and Congressman Jim Banks were bounced off of social media for stating their scientifically supported view that Rachel Levine is a guy in a dress, a biological male:

The official Twitter account of Congressman Jim Banks (R-Ind.) was suspended for tweeting, “The title of first female four-star officer gets taken by a man” in reference to Rachel Levine, Biden’s assistant secretary for Health & Human Services (HHS), being sworn in as a four-star admiral of the U.S. Public Health Service Commissioned Corps earlier this week…

“My tweet was a statement of fact. Big Tech doesn’t have to agree with me, but they shouldn’t cancel me,” Banks said in a statement posted to Instagram. “If they silence me, they will silence you. We can’t allow Big Tech to prevent us from telling the truth.”

Twitter similarly suspended me earlier this week for pointing out the same biological fact as Congressman Banks. 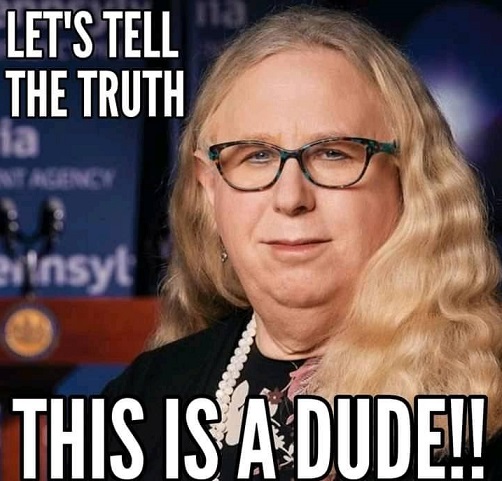 So here we are. A Biden administration pretends men are women while its AG, Merrick Garland, is blithely unaware that men pretending to be women are raping our daughters as recently happened in a school in Loudoun County, Virginia.

The neutering of genders and the destruction of the nuclear family is key to the liberal’s fundamental transformation of America and has long been a dream of Rachel Levine. Gender reassignment of children has been the longtime goal of President Biden’s assistant secretary of Health and Human Services, Rachel Levine. As the Washington Examiner reports:

President Biden’s pick for assistant secretary of Health and Human Services, a transgender physician from Pennsylvania, has advocated the chemical castration of children questioning their sexuality for nearly a decade.

Rachel Levine, who would make history as the first transgender official to be confirmed by the Senate, has long held several controversial beliefs on the topic of pediatric medicine — some of which rose to the surface during her confirmation hearing on Thursday.

Although most questions asked of her focused on how she would facilitate the distribution of COVID-19 vaccines and direct policies to avoid future health catastrophes, Sen. Rand Paul, a Kentucky Republican and medical doctor, grilled Levine on her past statements promoting hormonal therapy for minors who say they’re transgender.

“Like surgical mutilation, hormonal interruption of puberty can permanently alter and prevent secondary sexual characteristics,” Paul said, after comparing transgender surgeries to genital mutilation. “The American College of Pediatricians reports that 80% to 95% of pre-puberty children with gender dysphoria will experience resolution by late adolescence if not exposed to medical intervention and social affirmation. Dr. Levine, do you believe minors are capable of making such a life-changing decision of changing one’s sex?” 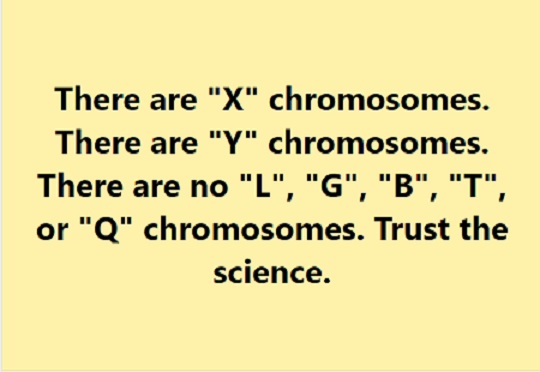 Levine wouldn’t give a clear yes or no answer to that question on surgical mutilation of children or the use of so-called chemical “puberty blockers” on the growing and changing bodies of children lest the gender warrior agenda of the Biden administration be exposed. Sen. Paul also noted the hypocrisy of Levine and the left in suggesting the chemical castration of children, whether chosen by children, coerced by parents, or mandated by government through legislation, as PJ Media noted:

Paul went on to destroy the Left’s double standard, noting that many leftists screamed like hyenas that off-label use of medication was the end of the world when it came to hydroxychloroquine use for COVID-19.

“I find it ironic that the Left that went nuts over hydroxychloroquine being used possibly for COVID are not alarmed that these hormones are being used off-label. There’re no long-term studies. We don’t know what happens to them. We do know there are dozens and dozens of people who have been through this who regret that this happened. And a permanent change happened to them. If you’ve ever been around children, 14-year-olds can’t make this decision…we should be outraged that someone is talking to a three-year-old about changing their sex.”

Indeed we should be outraged. A child, even a teenager, is not equipped with the life experience, maturity and judgment to ponder such a question or decision. This is a parental decision, not a governmental one. And it should be based on sound moral teachings and on the science, not on the desires of a guy in a dress.

Yes, the science. In fact, this is one area where science and religion are in firm agreement. There are only two genders and our anatomies spell out the difference. Male and female created He them. God does not put people into the wrong bodies. As Dr. Ben Carson notes, to push or force gender reassignment o children is one of the worst forms of child abuse:

Marlow recalled Thursday’s confirmation hearing for Dr. Rachel Levine, a man who describes himself as a woman.

“We’re being told it’s scientific to allow children to change their genders, either with treatments or with surgeries,” Marlow said. “This is not science. It’s so far beyond it, but give me your sense of someone who’s lived his life as a scientific person.”

Carson replied, “Well, I think they have completely neglected biology. Biology tells us that there are males and there are females, and there’s a reason for that, and we also know that the human brain is an incredibly complex organ and it’s not fully developed until your mid- to late-twenties.”

“So why would you be asking a pre-adolescent about these complex issues?” Carson asked. “Why would we even be complicating their lives? Children are curious by nature, and of course they’re going to ask questions and explore things. That doesn’t mean that they want to change their sex. And to confuse them in that way, I think, is child abuse. It certainly has nothing to do with science. These radical things are actually going to ruin people’s lives long term.”

We laughed at the imbecilic derangement of the so-called “woke” culture warriors as shown perfectly by their politically correct focus on the gender reassignment of a plastic potato. Mr. Potato Head. It was just prelude to the inmates running the asylum.