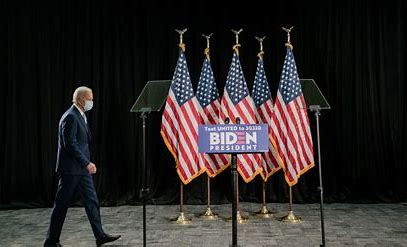 Joe Biden may have announced his intention to run for reelection in 2024 but it is clear from his stiff-legged gait and increasing mumbling incoherence that the only thing he’ll be running for in 2024 may be the bathroom. His recent physical exam has done nothing to dispel the growing belief among the public and some political professionals that Joe Biden is dangerously near the point of complete physical and mental collapse.

Amazingly, his physical exam did not include either a cognitive test or an MRI brain scan despite an obvious need for both, a fact noted by medical expert and Fox News contributor Dr. Marc Siegel after a curiously rosy scenario offered by WH Physician Kevin O’Connor:

WH Physician Kevin O’Connor stated that Biden “remains a healthy, vigorous, 78-year-old male, who is fit to execute the duties of the Presidency successfully.”

Dr. Marc Siegel, a Clinical Professor of Medicine and a practicing internist at NYU Langone Medical Center raised his voice to share what he thinks about Biden’s exam.

“I don’t like that they ascribe his gait issues to a broken foot. First of all, why did he fall,” Siegel questioned, going on to say that the report also “prescribes the gait problem to spondylosis.”

“That’s an incomplete characterization,” Siegel continued. “What I want to know is, where’s the MRIs and where’s the EMGs?’’

“They did a thorough neurological exam, but they also need to do a nerve conduction EMG, and they need to do an MRI of the brain and the spinal cord to try and explain where this gait problem comes from,” he stated.

“If we’re looking into neurological causes for the gait change, I don’t think the way they characterize that in the physical is sufficient,” Siegel said. “I want more information. I want to know what the MRIs show, and I want to know what the nerve conduction EMG shows to rule out more extensive things, that by the way, can be associated with cognitive changes like mental status, like dementia.”