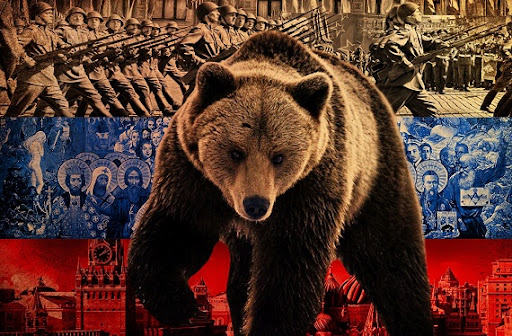 I spent 40 years fighting left-wing disinformation and now spend time exposing right-wing disinformation, some of it stemming from the QAnon movement. Consider the message from a “reader” concerned that my attacks on Russia and China have gone too far and miss the point about the real cabal behind world events. He blames the Jews.

He advised me to get my hands on the book The Protocols of the Learned Elders of Zion because it would “change your attitude on right/left China/Russia narrative.” He said it “is an amazing eye-opener for all the problems we face and the script/narrative they give us.”

A disinformation campaign to blame the Jews is surfacing once again, at a time when Russia is once against threatening aggression.

Ion Mihai Pacepa, the highest-ranking defector from the former Soviet bloc, has explained communist involvement in the Protocols forgery, saying “The Jews, who were not protected by the power of a state, proved a convenient enemy for both leftist and rightist totalitarians…” That includes Hitler and the Nazis but also Russia and its KGB, which invented a campaign, Code-named Operation SIG, using the anti-Jewish forgery for anti-American propaganda purposes.

Interestingly, some QAnon supporters now buy into the notion that Russia is somehow a Christian nation. The QAnon book, Love Joy Trump – A Chorus of Prophetic Voices, refers to Russian President and former KGB colonel Vladimir Putin being a “kindred” spirit of the MAGA movement.

Using the Jews as scapegoats is not new. It is surfacing now, I suspect, to undermine those conservatives, like myself, exposing Russian and Chinese disinformation operations, at a time when China has unleashed a dangerous virus on the world and Russia is threatening to invade Ukraine (again).