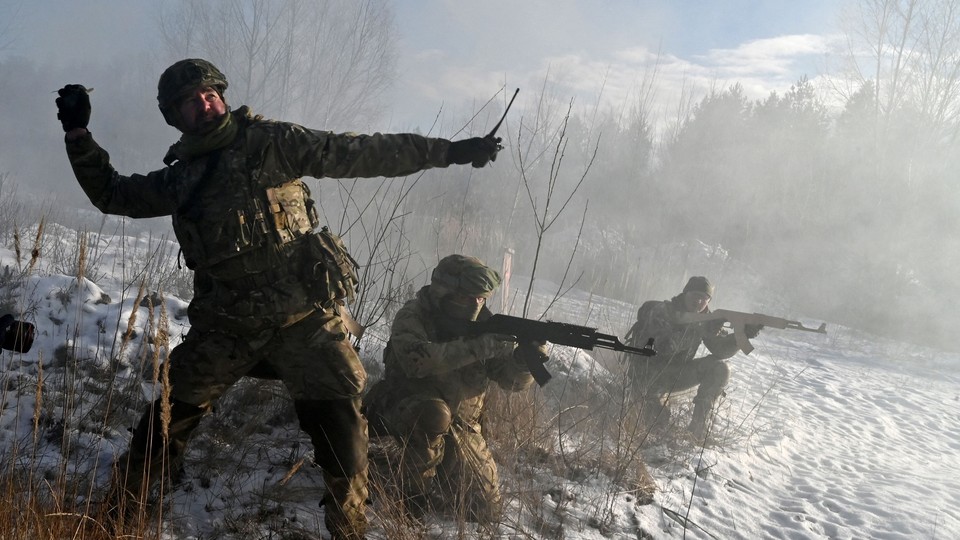 Republicans hoping for the realignment of the two major political parties, in response to China Joe’s disastrous year in office, are expressing concern about “isolationist” sentiment in the GOP that has a Russian flavor.

The callous indifference to the fate of Ukraine by such personalities as Tucker Carlson and Laura Ingraham of Fox News and Steve Bannon, who is backed by a mysterious benefactor from China and a controversial American businessman, is alarming.

The pro-Russia “conservatives” have critically analyzed the Chinese Communist Party’s virus wars on America and the world but are strangely indifferent to Moscow’s strategic designs and deceptions. This has made Tucker Carlson of Fox News a favorite on Kremlin television.

One of the Fox News favorites, Colonel Douglas Macgregor, insists that “we helped to create [the crisis] in Eastern Europe,” when in fact Russia invaded Ukraine under Obama/Biden in 2014.

Macgregor is a senior fellow of the American Conservative, whose advisory board is chaired by Tucker Carlson, and appeared on Russian-funded Russia Today (RT) television in 2014,  where  “he echoed several narratives of Russian propaganda as he fully supported the sham Russian-organized ‘referendums’ on Luhansk and Donetsk independence from Ukraine and suggested that some parts of Ukraine would have been rather Russian than Ukrainian,” noted the Euromaidan Press, an organ of Ukraine’s anti-communist revolution.

Nyquist comments that some patriotic Americans “view Russia as a potential ally” because of the impact of disinformation. “This has happened because Russian leaders have long pretended they are no longer communist,” he notes. “At the same time, American Reds, who present themselves as Democrats, pretend they are at odds with Russia.”

One strange aspect of what is unfolding before our eyes is that many American conservatives have accepted Vladimir Putin as a Christian leader. Our book Back from the Dead shows that Putin adopted Orthodox Christianity as another ideological front, in order to fool the West. The Russian regime is in reality the return of the Evil Empire that Reagan worked so hard to destroy. It is perhaps the most incredible deception of all.