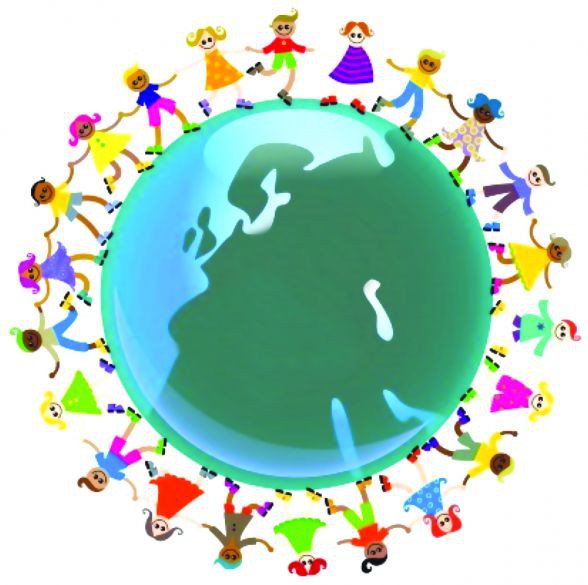 Globalism is a replacement ideology that seeks to replace the current Westphalian system of independent sovereign nations with one world planetary governance. One world government often referred to as the Great Reset and the New World Order is a totalitarian managerial state that breaches every conceivable boundary. The singularity imagined by globalist technocrats fuses humanity into one nation, one race, one language, one culture, one religion, one digital currency, one educational curriculum, and one gender.

Children are born completely powerless. The primary responsibility of parents is to protect the child and ensure his survival. In the 21st century, parents must protect their children from the grasping managers of the globalist managerial state. Globalism’s war on the nation-state is a war on children because children are the foundation and future of every society on earth. Society will never be safe until the children are safe.

Human beings derive a sense of self from the identities they acquire. Being a child, an adolescent, an adult, a man, a woman, a father, a mother, a child, a grandmother, a grandfather, an American, an Italian, a Christian, a Jew, and on and on, all contribute to the sense of selfness of the individual. A human being’s identity is the infrastructure that supports that individual’s sense of selfness and existence in the world. The most primary identity for human beings is their sexual identity. In every language, in every society anywhere in the world, the first exclamation when a child is born is, “It’s a boy!” “It’s a girl!”

Globalism’s asymmetric war on children is psychological warfare and an information war that seeks to replace parental authority with the authority of the state. The strategic objective is to turn children into global citizens conditioned for life in the totalitarian, planetary managerial state. Using social engineering to blur the boundaries between state and parent combatants, the globalist army has recruited unsuspecting parents to become participants in its insidious war on their children. This is how it works.

Globalism’s megalomaniacal campaign to rule the world is targeting your child’s most primary sexual identity in an attempt to destabilize and collapse the child’s individual identity. Presented as compassion, this particularly insidious effort to destroy your child’s identity is catastrophic to the child and to freedom in a society of ordered liberty.

Globalists are trying to redefine what it means to be human by attacking the biology of maleness and femaleness, and insisting gender is a choice––a child’s choice. The globalist war on children is a long-term, well-planned, well-funded, well-executed mass casualty campaign. The attack on a child’s sexual identity is a catastrophic assault on humanity itself. The grandparents will die, the parents will die, and the propagandized surviving children will ultimately become the property of the globalist managerial state where you will own nothing and they will own everything––even your life.

In The Collapsing American Family: From Bonding to Bondage I expose the sinister attack on the nuclear family as the primary strategy in globalism’s asymmetric warfare on America. The family must be destroyed in order to collapse America within and impose the Great Reset of technocracy and transhumanism. The “New Normal” replaces family bonding with feudal bondage in the global Managerial State. In my next series of articles, Globalism’s War on Children, I explore the consummate psychological deceit that presents gender identity as a child’s choice, instead of a psychological operation (PSYOP) designed to destroy your child’s identity.

In schools, libraries, homes, movies, games, churches, and synagogues, transgender role models are presented as normative. The most bizarre aspect of this particular assault on biology and objective reality is that so many parents actually believe that supporting this false, destructive, and confusing sexual narrative is compassionate.

Our nation’s children are drowning in a sea of anti-American, anti-family, anti-individualism, and anti-science propaganda. They are being indoctrinated in pro-globalist, pro-state dependence, pro-collectivism, pro-consensus “science’ indoctrination. Our nation’s children are being groomed to become compliant, submissive wards of the managerial state, where they will have no individual rights, no freedoms, and no personal or sexual identity. They will be fodder for technocracy and transhumanism.

Parents must recognize the globalist scheme and rescue their children. Parents must fulfill their primary responsibility to their children and protect them from the grasping managerial state. Grandparents must stand up proudly for freedom and ordered liberty in our constitutional republic. If parents and grandparents do not rigorously oppose the managerial state, our nation’s children will become indentured slaves in globalism’s planetary feudal order of rulers and ruled.