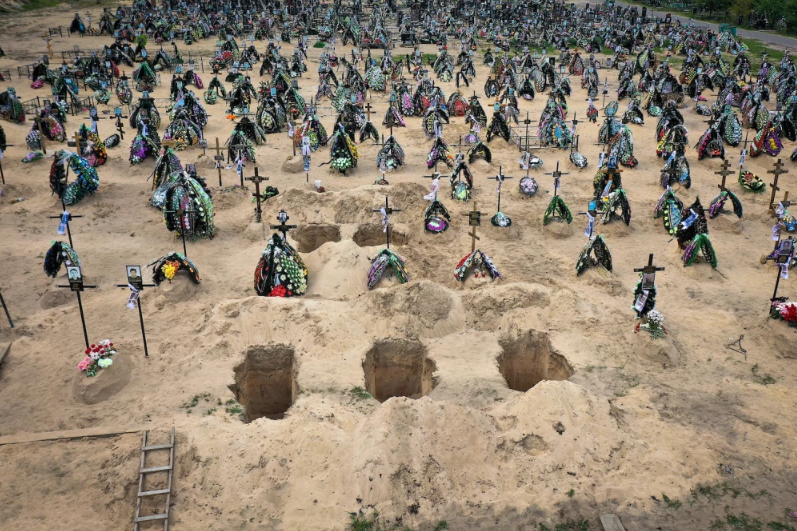 An aerial view of crosses, floral tributes, and photographs of the victims of the battles for Irpin and Bucha that mark the graves in a cemetery in Irpin, Ukraine, on May 16. Christopher Furlong/Getty Images

Russia’s war crimes did not begin with the invasion of Ukraine, those with short memories should be reminded that all the same tactics were used in Syria and went unpunished. Shameful, but read on.

As Russia continues its assault on Ukraine, top Biden administration officials are working behind the scenes with the Ukrainian government and European allies to document a tsunami of war crimes allegedly committed by Russian forces. But the sheer volume of the documented war crime cases could be too overwhelming for Ukraine’s justice system as well as for the International Criminal Court (ICC), raising questions about how many cases will be brought to trial and how many accused Russian war criminals could ultimately face justice.

“This is a Nuremberg moment in terms of just the sheer scale of the breach of the rules-based international order that has been perpetrated by Russia in this invasion,” said Beth Van Schaack, the U.S. ambassador-at-large for global criminal justice. “Even the most well-resourced prosecutorial office would have a hard time grappling with the sheer scale of the criminality that’s been on display.”