In 1945, The Motion Picture Association began to apply a film rating system for the suitability of movies for the audience. It is a classification that is applied to matters of profanity, sex, violence, and substance abuse that adults consider for children and adolescents.

It is still used today but quite selectively and all levels of government now appear to ignore the suitability of what is now a matter of indecent exposure.

Pornography is defined as sexually explicit exploitation of lurid writings, videos, and images. The FBI investigates and successfully prosecutes these types of cases every day across the country. The FBI has a warning on their website known as ‘sextortion’. It refers to online activities, but does it end there? What about in public school classrooms or libraries or on television or or streaming apps and basic TV commercials? That is where local, state, and federal government appears to fall silent except where encouraging and teaching such behavior. Sadly, however, the FBI misses countless cases such as the female gymnasts scandal. This case involves an estimated 90 gymnasts of whom many have testified before Congress. So… where is Congress? Where is the Department of Education? Where is the White House? Where is the church of all faiths… almost a questionable item there however.

We are now in a place where various sexual exploitation is literally taught in public schools to children at very young ages and lesson plans along with organizations advocate for gender dysphoria which alters the emotional conditions of its subjects, often with lifelong damage.

So, exactly where are the classifications applied to motion pictures as they should be applied to TV commercials, public school classrooms, books, images, and videos? Why do we have such a fracture in all of this? We often hear various federal government leaders including the president refer to American values. Is this type of alleged suitability now part of the American value system?

Title 9 is essentially over with. It was a good fight to codify Title 9 into law but now, with the ‘woke’ sexually explicit advocates, it is over with. We have gender jumpers challenging all sorts of women’s sports. The Scouting program is almost completely destroyed. Gender specific housing is gone as are locker rooms and bathrooms.

There are criminal sex offenders that have jobs in public schools and in other government jobs where children and even adults are vulnerable to the threat of being victimized and that includes the very recent matter in the Fairfax, Virginia school system.

The Left and the sexually explicit advocates will cry censorship and compare it all to the banning of books by Nazi Germany.

END_OF_DOCUMENT_TOKEN_TO_BE_REPLACED 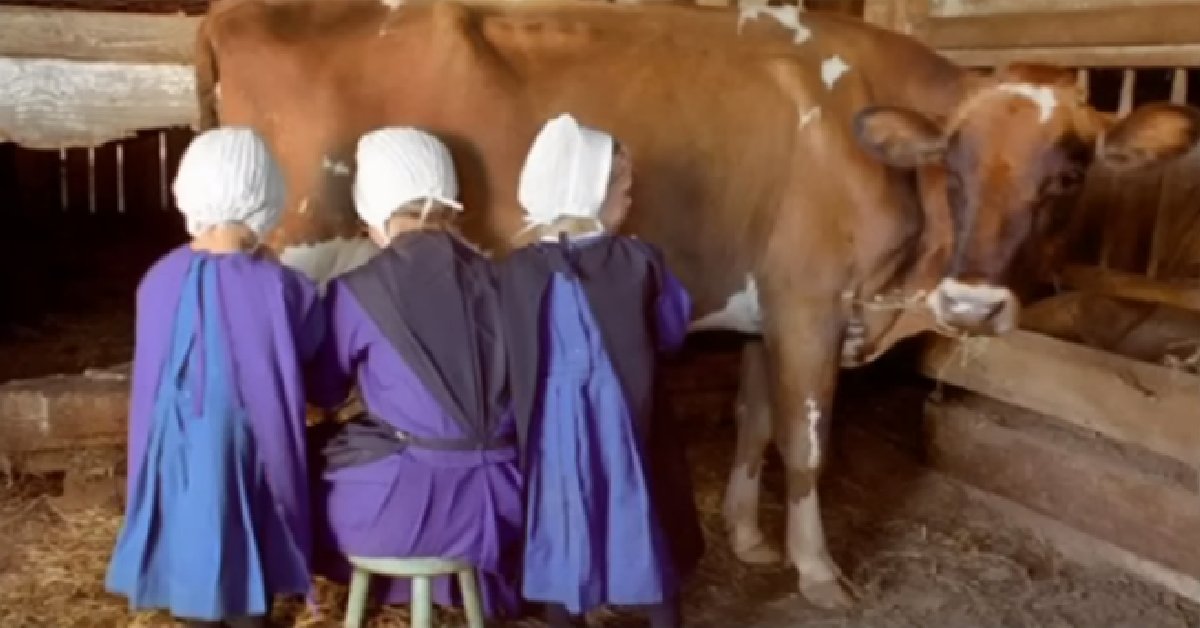 Perhaps the federal government needs to spend time in the classroom understanding religion and the culture of the Amish for starters. We all know about chemicals and additives in our food, beverages, medicines, and water. We have come to understand all things GMO and for that reason, organic food products have been all over the grocery shelves for many years. No one understands GMO and organic farming more than the Amish. So why is the federal government aggressively working to terminate Amos Miller’s farm operation in Pennsylvania? Simply put… POWER.

In full disclosure, I personally have spent time on Amish farms and they are extraordinarily well-run operations.

“Amos Miller Organic Farm is our century-old Amish family farm in Bird-in-Hand, Pennsylvania – serving its Private Member Association. The farm raises its animals and other pure foods the way nature intended and we are proud to be entirely chemical, cruelty and GMO-free. The animals are born and raised without antibiotics or hormones and they spend their entire lives naturally and stress-free out on pasture. All of the farm’s food is traceable, pure and grown on nutrient dense soil, under traditional time-honored methods.

The farm is now under attack by the USDA about non-conforming practices, the practices which pre-date the USDA. They are suing the farm to comply with USDA laws, concerning the way the farm animals are processed and how our food is labeled. The farm and its members believe that we have the right of free assembly and the right to choose how our food is processed and consumed without the USDA dictating to the farm. (hat tip Andrew Torba)

In part from Rebel News:

Miller’s Organic Farm is located in the remote Amish village of Bird-in-Hand, Pennsylvania. The farm supplies everything from grass-fed beef and cheese, to raw milk and organic eggs, to dairy from grass-fed water buffalo and all types of produce, all to roughly 4,000 private food club members who pay top dollar for high quality whole food.

The private food club members appreciate their freedom to get food from an independent farmer that isn’t processing his meat and dairy at U.S. Department of Agriculture facilities, which mandates that food be prepared in ways that Miller’s Organic Farm believe make it less nutritious.