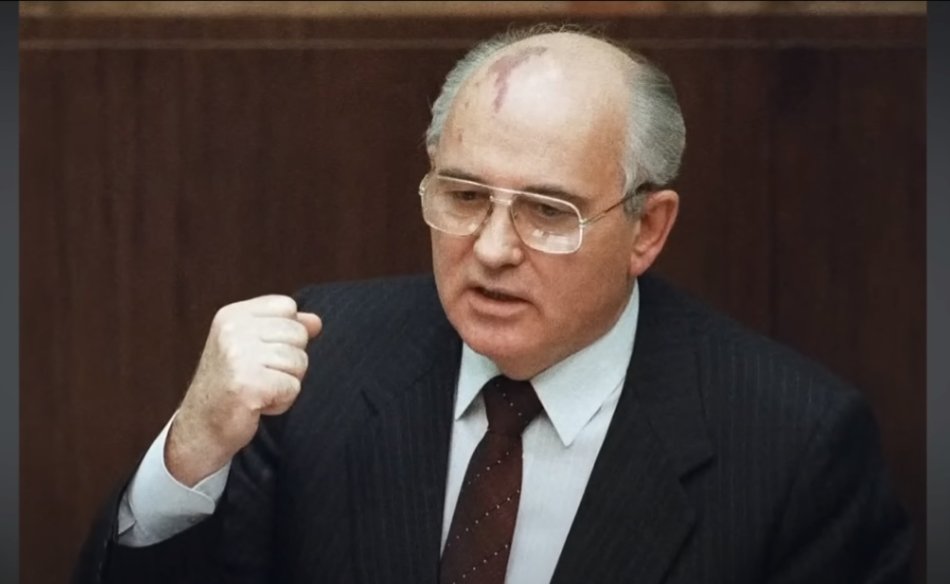 But Russia-gate is only one example of how the Russians used intelligence agencies to influence policy. Another that is still ongoing was discussed in anti-communist analyst Natalie Grant’s 1998 article on “Enviro-Communism,” where she explained how a Soviet deception campaign, using the climate as an organizing tool, was launched after the so-called collapse of the Soviet state. That’s when Mikhail Gorbachev, the last Soviet president, embarked on an environmental crusade, using the United Nations and other international organizations, such as the State of the World Forum, Green Cross, and the Temple of Understanding.

The collusion also included the Earth Summit of 1992, giving rise to the concept of “sustainable development,” another way to describe socialism. An Earth Charter was initiated, calling for the protection of “Mother Earth.”

One of the key American participants was Al Gore, who, as a member of the U.S. Senate, participated in the Earth Summit. Gore wrote openly about the Earth having sacred qualities and praised primitive pagan religions and goddess worship.

Obama’s Paris climate change agreement, which was openly designed to curtail U.S. industrial expansion, was a Marxist plan that benefited Russia, a major oil and gas producer. Biden’s “green energy” policies, as contained in the so-called Inflation Reduction Act, have continued this trend.

Not to be outdone, Pope Francis lectures the world on the need for a “Collective Answer” to global warming and the evils of capitalism.

At the time of the Soviet collapse, including the fall of the Berlin Wall, some Reagan officials understood what was truly happening. In a November 24, 1987, memorandum written by Robert M. Gates entitled, “Gorbachev’s Gameplan: The Long View,” Gates, then Deputy Director of the CIA, said the Soviet “reforms” were a “breathing space” before the resumption of the “further increase in Soviet military power and political influence.”

By his own admission, perestroika wasn’t designed to undermine “socialism.” In the 1987 book, Perestroika: New Thinking for Our Country and the World, New York: Harper & Row, Gorbachev wrote, “There is the view that it has been necessitated by the disastrous state of the Soviet economy and that it signifies disenchantment with socialism and a crisis for its ideals and ultimate goals. Nothing could be further from the truth…”

There is also this quote from his speech, “October and Perestroika: The Revolution Continues,” November 2, 1987:

“In October 1917 we parted with the old world, rejecting it once and for all. We are moving towards a new world, the world of Communism. We shall never turn off that road!”

In my book, The Sword of Revolution and The Communist Apocalypse, I take strong issue with those who have mistakenly assumed that the demise of the USSR meant the end of Soviet-style communism.

Soviet President Mikhail Gorbachev, in his 1987 book, Perestroika, explained what was coming to pass, if one understood Marxist dialectics. He wrote:

“The Leninist period is indeed very important. It is instructive in that it proved the strength of Marxist-Leninist dialectics, the conclusions of which are based on an analysis of the actual historical situation. The works of Lenin and his ideals of socialism remained for us an inexhaustible source of dialectical creative thought, theoretical wealth, and political sagacity.”

A former intelligence official explained in an interview that the “way in which they [the Communists] develop the struggle, internationally” can change because the “conditions” in the world change. Hence, new victims and “rights” can emerge at any time.

Globally, the “conditions” help explain China going through a capitalist stage and Russia officially dropping the Soviet label. But the idea that the communists have given up Marxism-Leninism is “erroneous,” this former official said. The goal is still world communism, with global environmentalism the latest phase in this historical process, designed to confuse people about the ultimate goal.

In other words, the intention was to restructure and reorganize within the communist system. Perestroika was the “negation of the negation” in dialectical terms.

Gorbachev cited two of the successful dialectical maneuvers of Lenin, The Brest-Litoysk Treaty with Germany in 1917, and the New Economic Policy of 1921. He said these decisions meant that Lenin was “guided by vital, not immediate, interests, the interests of the working class as a whole, of the Revolution and the future of socialism.”

The former intelligence official told us that “perestroika” was “designed to accomplish a reorganization within the Soviet Union, in order to strengthen the position of the party and position within the World Communist Movement.” The problem for the Soviets, he said, was that Gorbachev “chose political organization over economic reorganization,” and certain changes did not go as planned. As a result, the Soviet Union as an entity did go out of business and had to be reconstituted.

Russian leader Vladimir Putin does not use the term “world communism” these days but there can be no doubt that Putin, trained in Marxism-Leninism by the KGB, understands where the world is heading and what he is doing. Our book, Back from the Dead: The Return of the Evil Empire, examines how the remnants of Soviet communism are being preserved, even celebrated, in modern-day Russia.

Gorbachev was fooling the West with Glasnost and Perestroika while pursuing the goal of world communism with the support of “socialists” in the West, led by the Democratic Party in the United States and elements of the Republican Party. The latter included an award to Gorbachev from the George Bush Presidential Library.

Biden’s no-win war against the Russians in Ukraine, following his approval of a Russian gas pipeline to Germany, has given Putin even more power over European gas supplies. Perhaps that was the objective all along.

Also remember that Putin was a young KGB agent in East Germany, where Merkel grew up and became a propaganda specialist for the communists.

The “Monster Plot” seems to be working.