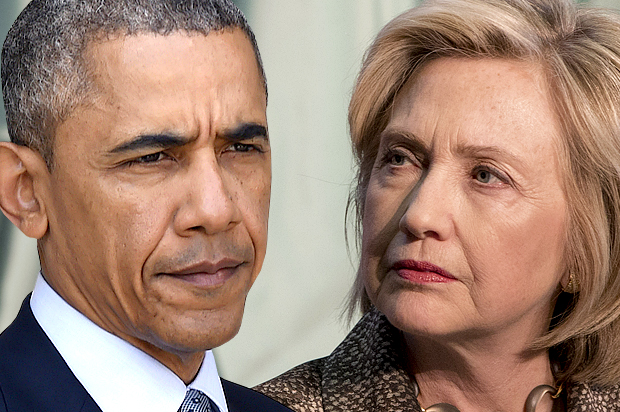 A black liberal columnist made the point in his article that the future of the GOP rests on it getting rid of its conservatives. http://slate.me/1Knu8Os Then, the GOP can modernize; attract more young voters of color by embracing open borders, amnesty, abortion and all the other filth coming out of the Democratic Party. Embracing this strategy is tantamount to embracing evil.

Many consultants and sadly, GOP politicians concur with the columnist’s strategy. In essence, we are being told that the only way the GOP can win future elections is to embrace an anti-God and anti-righteous agenda. I can not and will not embrace this vile defeatist lie.

Democrats with mainstream media support have successfully branded the GOP as the party of “mean”. The truth is for decades the Democratic Party leadership has been the greatest dispensers of evil in America; hating morality while trashing all things wholesome and good.

As a matter of fact, the only behavior Democrats believe to be immoral causing them to respond with visceral hate is conservative, Republican and/or Christian.

The Bible speaks of “spiritual wickedness in high places.” Evil oozes from the pores and orifices of the Democratic Party from Obama, to their probable 2016 presidential nominee Hillary Clinton, to all their creepy minions.

Less you forget, looking America in the eye, Obama lied on over 29 occasions promising, “If you like your health care plan, you can keep it!” http://bit.ly/1dpfhpj Cancer patients lost their lifesaving doctors. http://bit.ly/1Ft3kYW That’s evil folks.

Picture this folks. In the background was the flag-draped coffin of Mrs. Smith’s son who was killed in the attack on our consulate in Benghazi. Hillary (then Secretary of State) looked the grieving mother in the eye and vowed to punish the SOB who made a video that angered Muslims, causing the death of her son. Meanwhile emails reveal that Hillary was lying because she knew the attack had nothing to do with a video. An Al Qaeda group planned the attack to commemorate 9/11. http://bit.ly/1HmV0YJ Hillary is a lying sociopath.

The Administration’s lie that an anti-Muslim video caused the attack was to protect Obama’s lie that terrorism is no longer a threat. Protecting their narrative at all cost, the Administration ignored Ambassador Stevens plead for added security. Ambassador Stevens and other Americans were abandoned and killed in the Benghazi attack. http://bit.ly/1cS9N5A That’s evil folks.

When it comes to winning a political battle, the Democrats consider no tactic too evil. To ensure that kids with cancer would get their meds during the government shutdown, Republicans proposed a mini-spending bill. Democrat Senate Majority Leader Harry Reid blocked voting on the bill. Reid wanted the public to think Republicans don’t care about sick kids. When a reporter asked Reid about allowing the vote for the sake of the kids, Reid replied, “Why would I want to do that? http://fxn.ws/1FIjZe9 This man is evil folks.

Recently indicted, the six Baltimore police officers (three blacks and three whites) have been thrown on the alter, sacrificed for Obama’s scheme to federalize (control and liberalize) all of our nation’s police departments. The Baltimore six and other police officers assassinated by black thugs who believe the Left’s lie that cops routinely murder them are acceptable collateral damage in Obama’s quest to become America’s top cop. http://bit.ly/1cUL7cW That’s evil folks.

The Democrats callously view every disaster, accident or whatever as an opportunity to exploit for political purposes. Democrat Corrine Brown despicably tried to blame the tragic Amtrak crash on Republicans. http://bit.ly/1Apd6vY The inconvenient truth is the engineer was going twice the train’s speed limit at the turn. This did not stop Brown from ranting about evil Republicans being the blame. Brown exploited the deaths of over 7 passengers. That’s evil folks.

Before the Infants Protection Act, medical professionals were legally obligated to discard babies who miraculously survived abortions. Babies were placed in store rooms to die. Protecting his political aspirations, when he was an Illinois senator, Obama rejected the Born Alive Infants Protection Act three times to ensure himself the radical feminist vote. http://bit.ly/1HzE1YH That is bone chillingly evil folks.

The Left has the most perverse definition of morality and honor. Democrat Wendy Davis was heralded for her filibustering to give women the right to murder their baby all the way up to birth. Yes, you read correctly, to birth! http://bit.ly/1R8L38j How evil is that?

Totally controlled by Democrats for 50 years, the Baltimore riots perfectly illustrate the devastating cost in pain and suffering from Democrat self-serving policies and programs. http://bit.ly/1ApicIP

Imagine a homeless man awaking one morning hungry, believing he has no money to buy food. His buddy sees a $100 bill sticking out of the man’s back pocket placed there by a generous pedestrian while the man was asleep. And yet, the buddy does not alert his friend of his good fortune. Democrats have betrayed blacks in the same way. They have convinced blacks that they are poor victims, while the truth is blacks are rich with opportunity; blessed to live in the greatest land of opportunity on the planet for all who choose to go for it. Insidiously evil folks.

These items are only the tip of the iceberg of evil spewing out of the Democratic Party, wrecking havoc on our great nation that experts say the GOP must emulate to survive. God forbid.

Folks, taking the popular evil road with the Democrats will ultimately lead to destruction. To restore and save America, we must take the right road less traveled. “Abhor what is evil, cling to what is good.” Romans 12:9.

Lets go for the gold folks. After all, we are Americans! http://bit.ly/1AIVqp6