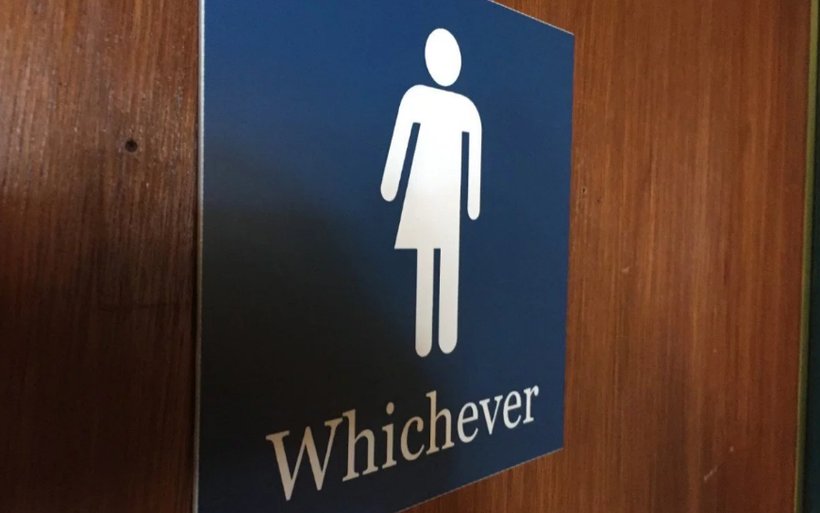 The headline over the story is, “LGBT Friendly: White House Unveils First Gender-Neutral Bathroom.” But it’s not a joke. It wasn’t a story from the comedy site The Onion. Instead, this was from NBC News.

It is apparent that the liberal media will treat anything “gay” coming out of this administration as somehow legitimate or even compassionate. Nothing will be described as weird or strange, out of fear of offending some new sexual minority. This time, the “transgendered” are supposed to benefit. It’s yet another effort to confuse sexual roles and undermine traditional values.

NBC reported, “For the first time in history, the White House has designated a gender-neutral restroom for visitors and staffers—the latest in a series of steps the administration has taken to protect the rights of members of the LGBT community.”

At the risk of sounding politically incorrect, isn’t there an obligation on the part of NBC News to at least consider giving some space or attention to an opposing view? By the way, despite liberal use of the term, it’s not clear what “transgendered” actually means. Does it mean people who dress like the opposite sex? People who have sex-change operations? Or what about people who have mental disorders and simply think they’re the wrong sex?

Instead, the NBC News story merely notes that there’s legislation in “Republican-dominated” legislatures in Florida and Kentucky to keep the “transgendered” out of bathrooms for men and women. What these bills actually do is keep men out of women’s bathrooms, and vice versa. These bills are designed to secure the privacy and safety of all individuals using a single-sex public facility for which the facility is designated. That is, for men and women. This is common sense. But it doesn’t make sense in Obama’s America.

The Florida bill is also designed to keep predators out of the facilities. The bill notes, for example, that “Single-sex public facilities are places of increased vulnerability and present the potential for crimes against individuals using those facilities, including, but not limited to, assault, battery, molestation, rape, voyeurism, and exhibitionism.”

The liberal media describe this common-sense approach as preventing the transgendered “from using the restroom of their choice.” Hence, the Republicans who want to maintain restrooms for men and women are depicted as mean-spirited Neanderthals. This is how the media try to intimidate Republicans into accepting any new “change,” no matter how ridiculous or absurd.

Years ago the idea of a man dressing like or appearing as a woman was good for some laughs. Comedian Flip Wilson evoked that response as the character “Geraldine.” Corporal Klinger did likewise in the comedy show MASH.

But now we’re supposed to take all of this seriously. It’s tempting to laugh now, except that the campaign for transgendered rights has big money and Big Media behind it.

The Washington Post just ran a huge front page story on Shane Ortega, who has served three combat tours, two as a woman and one as a man. He was a woman who became a man, but who is still a woman in the eyes of the military.  As the United States is facing threats around the world, our military is currently wrestling with the problem of what to do about Shane Ortega. The Post will make sure this remains on the top of the military’s priority list.

Who’s behind this drive for “transgender” rights?

Three names jump out at you: the Arcus Foundation, the Gill Foundation and the Open Society Foundations.

The executive director of the Arcus Foundation is Kevin Jennings. Remember him? He was the Obama-appointed Education Department official whose life of homosexual activism was inspired by Harry Hay, the Communist Party member and “Radical Faerie” who believed in the power of the occult. Hay started the gay rights movement in the U.S.

The Gill Foundation is named for Timothy Gill of Denver, the founder of Quark, Inc., a computer software company, and a tech multimillionaire. He says he has singlehandedly “invested more than $220 million” in the cause of homosexual rights through his Gill Foundation.

Finally, the Open Society Foundations are associated with billionaire hedge fund operator George Soros. In 2009 he financed the “New Beginning Initiative” to encourage the Obama administration to make “policy changes” to benefit the homosexual movement.

The Arcus Foundation, the Gill Foundation and the Open Society Foundations are all financial backers of the National Center for Transgender Equality. This group has just announced that the Equal Employment Opportunity Commission delivered “a landmark ruling that employees must have access to restroom facilities consistent with their gender identity.”

Not surprisingly, The Washington Post covered this development. The Army was found guilty of barring a “transgender employee” from a restroom “matching her new identity” and had “referred to her by her previous gender.” The individual is described as a military veteran who is now a civilian Army employee.

The Post reported, “A recent study by the National Center for Transgender Equality and the National LGBTQ Task Force found that 90 percent of transgender individuals report mistreatment or discrimination in the workplace, forcing many to hide their gender identity.” How are these for objective sources?

By the way, the “Q” in LBGTQ stands for “questioning.”

Believe it or not, the Post has a “manners columnist” who examines these issues. “When the ‘Q’ is used as a stand-in for questioning, you’re right that it means the individual is uncertain of his or her orientation,” reported Steven Petrow.

So a “questioning” individual could dress up as a man or a woman, depending on how he or she feels on any particular day.

But, one step at a time. The National Center for Transgender Equality is now pressing for the right of transgender service-members to serve openly in the U.S. Armed Forces. After that, presumably, the “questioning” will demand their rights. Then, Petrow says, there is an “I” category for “intersex,” meaning “An individual whose biological birth does not correspond with conventional expectations of male/female anatomy or genetics.”

We’re confident the National Lesbian & Gay Journalists Association, funded by all of the big media organizations, will instruct reporters on what all of this means and how to portray conservatives and Republicans as obstructing necessary societal change.