By: Benjamin Weingarten
The Federalist 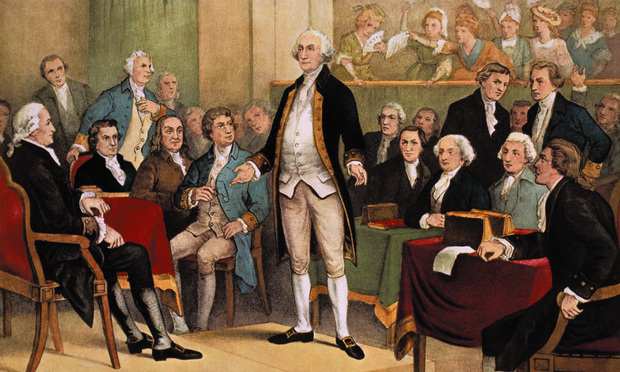 Conservatives are understandably depressed in the wake of Speaker Boehner and the Republican-controlled Congress’ predictable caving on executive amnesty.

Let me stop right there by emphasizing that I only said conservatives. Were our republic healthy, every single American would be depressed that President Obama’s amnesty—which on dozens of occasions he said he did not have the authority to enforce—will continue apace to the benefit of lawbreakers at the expense of American citizens.

Americans would be further demoralized at the notion that our president politicized the sovereignty of our nation represented by failing to protect its borders, all in a transparent attempt to win a permanent Democratic majority—which the shortsighted Republican establishment seem perfectly fine with, since they want immigration and the idea of “those racist Republicans” to become non-issues.

Some are lamenting the cowardice of our representatives, and to that I quote a former NFL Coach: “They are who we thought they were!”

I have even seen one article arguing that the Constitution itself has failed. But the Constitution and our Founders did not fail. Human nature has not changed between 1787 and 2015. There were undoubtedly plenty of eighteenth- and nineteenth-century booze-swilling, cigar-smoking iterations of John Boehner lumbering around Capitol Hill.

What has changed is the size and scope of government, the number and composition of people who are voting, and the public’s general indifference to and acceptance of the greed, graft, lying, and all matter of corruption that have become commonplace in public life. There is also a heck of a lot more bread and circuses to keep us fat, happy, and distracted from what our supposed leaders are doing.

Government Is Too Big to Control

Entitlement reform is not going to capture the imagination of the American people like a llama chase or the color of a dress. And it bears noting that many of the Founders themselves were involved in sordid activities, and even willing to accept a king.

But that king’s powers would have looked downright puny compared to those President Obama wields today; and what corrupt politicians did way back when feels less offensive than the systemic abuse and political malpractice on display now, in part because the nation our founders—exceptional citizen legislators—entrusted us with was substantially smaller and less intrusive.

Today, when you have hundreds of agencies and millions of pages of laws, when the federal government is among the largest employers in the world, hyper-regulating almost every aspect of our society, creating arcane and byzantine rules designed to reward one set of constituents or another over and above the American people, not to mention the rule makers, rule interpreters and compliance officers themselves—this naturally creates not only an unwieldy and unaccountable federal government, but one that will invite and reward people willing to pull the kinds of shenanigans we see today.

To the percentage of the public that is actually informed as to what is going on in government, there are simply too many egregious things occurring on a daily basis, not to mention again the Siren song of bread and circuses, for anyone to keep track of it all or know where to focus one’s energies and pitchforks.

The Failure Is Our Fault

What defines an informed voter itself is of course open to interpretation, given what the majority of people are taught in our hallowed Democrat-controlled community organizing institutions, also known as schools; and given that one can read The New York Times, Huffington Post, Daily Kos, and Vox, and watch “The Daily Show” each day to qualify as informed by today’s standards, without knowing anything about what the other half of the country thinks and believes.

On amnesty specifically, as a lame-duck president without control of either house of Congress, Barack Obama is completely unchained, simply running roughshod over our laws. That a supposed constitutional scholar is rendering the system of checks and balances and separation of powers meaningless; that the executive branch is usurping the legislative branch, while congressmen say one thing and stand by idly doing another, is not a reflection that the Constitution or founders failed.

Rather, these travesties reflect that the American people are failing the founders.

We elected Barack Obama twice, in spite of his words, actions, and associations, which have unsurprisingly led to these disastrous six-plus years. The presidents who preceded him were not much better, though no one would have posed the question of them as Mark Steyn recently dared: “If he were working for the other side, what exactly would he be doing differently?”

We elected the congressmen who with rare exceptions (see Lee, Sen. Mike) continue to stand by while Rome burns, and who are derelict in their duty to defend and protect the Constitution, including against its brazen violator who resides at 1600 Pennsylvania Ave.

Welfare Versus Defense: Who Wins?

We have failed to persuasively enough make the case that we cannot thrive as a nation just by slowing government’s rate of growth and hiring smarter technocrats, but must literally be slashing the federal budget by 50 percent, abolishing agencies en masse, allowing Americans to opt out of the welfare state (including programs which can only pay my generation back in devalued dollars like Social Security), ensuring that we have not small deficits but massive surpluses to pay down our debt so the interest alone does not consume all the money we pay to the feds each year, and demanding a massive devolution of power back to the states and the people where it rightfully belongs.

And if our fellow Americans choose to live in socialist basket-case states, they are free to do so without reaching into your and my pockets at the point of a gun.

At root and underlying all of these issues, we have allowed the Left to control the media, academia, and the rest of America’s key cultural institutions, such that the vast majority of our fellow citizens are reflexively progressive and cannot even conceive of the types of changes I just mentioned. This is how the radical, morally and economically bankrupting leftist policies can be considered mainstream, while freedom can be considered fascistic.

This inherent progressivism narrowly underlies Republican acquiescence to the growing leviathan, and dictates the type of leaders that America broadly finds palatable, which has led us to this perilous place in our history in which all of our worst enemies are ascendant, while we are fast on the road to bankruptcy and serfdom, with our only choice between welfare and defense.

When entitlements and our armed forces are sitting side by side on the chopping block, which do you think a war-weary, economically pummeled American public is going to choose?

We Need a New Generation of Savvy Statesmen

No, the Constitution hasn’t failed, and our founders haven’t failed. We the people have failed during the hundred-year progressive march. So now we are burdened with the doubly difficult task of trying to win the long game of culture and the short game of politics.

I have much more faith in the latter over the former—that over time the chances are greater that we develop the strategy and tactics to beat an establishment incumbent class than win America’s cherished cultural institutions, which form our national soul.

Our national soul determines whether the Constitution is a piece of parchment or enshrines principles like equal rights for all and special privileges for none, that law resides above man, that men are not angels and that we must compel government’s non-angels to control themselves, and that the most important thing in America is protecting the rights of the minority, the most important of which is the individual.

And the inspiration for our national soul should reside not in our Constitution but in the Declaration of Independence that breathes life into it, a majestic document that we have ignored for far too long.

In any event, we the people have all the leverage in the world. The Boehners and Mitch McConnells will listen to us when the political cost of siding with the Chamber of Commerce is so great that their political lives depend on it.

Using the power of the purse as a lever to control the president, or threatening let alone bringing forth articles of impeachment are political remedies, and they are not being used not only because the Republican establishment that makes up the majority of the majority in Congress are risk-averse and often spineless, but because the majority of the American people are not demanding it.

That impeachment brings howls of racism alone shows a failure of our culture to separate the original sin of slavery from the demerits of the job done by this president, to separate identity politics from the individual.

Until and unless we devote all of our efforts to winning the long and short games with a constant, strategic, relentless full-court press, we are going to see amnesties ad nauseum, Obamacare not only not abolished but metastasizing, the federal budget and debt continue skyrocketing, comparatively small things like the Export-Import Bank chugging along and, yes, the welfare state expanding and our defenses shrinking while Islamic supremacists, Russia, China, and their proxies grow ever-bolder and more confidently bellicose.

We the people have much work to do if we want to keep any semblance of our republic, as Benjamin Franklin challenged us to do. And we hold the power in our hands.

But do we have the will and capability to exert it?

Ben Weingarten (@bhweingarten) is publishing manager and editor of TheBlaze Books. Ben is a graduate of Columbia University, where he majored in economics-political science and contributed to outlets including the Breitbart sites and the Ludwig von Mises Institute.