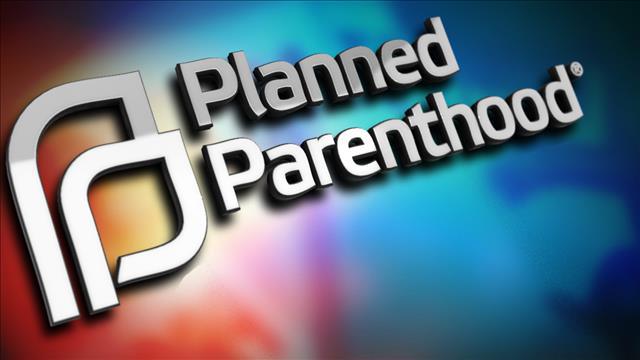 My 87 year old black Dad called to say he wanted to congratulate me for my perseverance. “You finally have me and all your siblings (4) agreeing with you.”

My deep desire is to alert my son, daughter and other non-political hard working Americans of the moral, spiritual and cultural evil threatening to overtake our great nation. No longer are we simply engaged in a battle of ideas – Republican vs Democrat – liberal vs conservative. America’s choice of governing has become far more daunting – light vs darkness – good vs evil. “Choose ye this day, whom you will serve.”

Despite Leftist merchants of evil using big words and arrogant condescension to convince us that morality is relative, we instinctively know some things are good and some things are bad. Equally annoying is Leftists’ air of superiority – claiming to care more than us commoners about equality, saving the planet and all life; their evil intentions hidden beneath a shroud of faux compassion.

Leftists have what I call their no-pictures-please policy. They get fuming mad whenever anyone accurately describes, visualizes or shows pictures of procedures and behaviors the Left has demanded that Americans embrace. For example: Leftists want women to freely kill their babies all the way up to moments before birth. The last thing they want the public to see is video of the partial birth abortion procedure. http://bit.ly/1eBCMuY

Yes, I am unequivocally saying liberals/Democrats (Leftists) are forcing their evil agenda down America’s throat. “Forcing” is exactly what the Left is doing. Americans typically vote against Leftists’ desire to make abhorrent behavior mainstream and transforming America into a welfare state. Leftists send in their activist judges to overturn the will of We the People. After verbally slapping us around calling us racist, sexist and homophobic, Leftist judges make what the people voted against into law.

“For we wrestle not against flesh and blood, …, against spiritual wickedness in high places.” As I lay out the facts, you judge for yourself.

Well, guess where the majority of PP chop shops are located? Black neighborhoods. PP founder Margaret Sanger pulled no punches. PP was started to deal with “the negro problem.” http://bit.ly/1Db9Vtb Sanger believed blacks were inferior and bred too often. Black abortions are disproportionately higher than whites.

Blacks who have not been seduced by the dark side are sounding the alarm letting blacks know they are aborting themselves into extinction. www.blackgenocide.org A billboard in a black neighborhood read, “The Most Dangerous Place for An African-American Is in the Womb.” http://bit.ly/1OOt2e9 Guess who was outraged and demanded the billboard be taken down? Al Sharpton and other assorted Leftists who claim to be advocates for blacks.

Sharpton is leading the charge in the hate inspired “Black Lives Matter” movement; founded on the lie that white cops routinely murder blacks. I guess black baby lives do not matter to Sharpton when they are killed by his Leftists homeys at PP.

Here’s another thing that causes one to scratch their head. Leftists are fanatical about protecting the rain-forest. They say it may hold a cure for AIDS. And yet, most Leftists are obsessed with killing babies. Even after a baby survives a failed abortion, Leftists demand that medical staff let the baby die. Amazingly, a law had to be passed to end this barbaric practice. http://bit.ly/1SOQp7Q Why haven’t Leftists considered the possibility that the doctor or researcher with a cure for cancer, AIDS and other diseases may have been among the 55 million babies aborted in America since 1973. http://bit.ly/1JvpltE

Leftists are defending PP black marketing baby body parts. And yet, these same Leftists are tearfully outraged over the death of a furry animal and fight to their death to protect trees and imprisoned cop killers. There is something seriously wrong in people who possess such a mindset.

Good morning Ma’am. We appreciate your patronage over the years. However, our religious conscience prevents us from baking a wedding cake for your marriage to a woman. I imagine this is pretty much how the conversation went. Well, all heck broke loose. Christian bakers Aaron and Melisa Klein had to close down their shop and state ordered to pay a lesbian couple $135,000 in absurd damages.

Check this out folks. America rallied behind the Kleins and started a donations account. When the account reached $100,000, homosexuals pressured Go-Fund-Me into shutting down the account – claiming Go-Fund-Me was supporting hate. http://bit.ly/1OON1cF

Okay, so first homosexual activists fined the Kleins $135k. Then, they attempted to block efforts to pay the fine. So, the fine is not about paying the lesbian couple, it is about destroying the Kleins. In essence, Leftists want to hang the Kleins’ economically bloody carcass in the public square as a warning to Christians who refuse to betray their faith. Can you say an assault on Christians’ constitutional “free exercise of religion”, boys and girls?

Scripture says “no weapon formed against us shall prosper” and “what they meant for evil, God meant for good.” The Kleins’ account has reached $372,000, thus far. http://nbcnews.to/1SgNk5t Praise God!

The Kleins have five kids with whom they planned to leave their business. Leftists have other plans for the Klein family.

Dad calling me about his and my siblings’ conversion was really cool. However, I am constantly thinking and praying for wisdom to awaken fellow blacks and other Americans continuously played by Leftists. I rest in the knowledge that surrendering to evil is the only way we fail.

Interviewers have asked on numerous occasions, “How do you endure the name calling and hate you receive as a black conservative Republican?” I reply, “It is easy because I know I am on the right side….God’s.”