The commies have truly come out of the closet. The whole gang will be getting together in Chicago on June 9th thru the 11th. Bernie Sanders, Michael Moore, Danny Glover and Van Jones will be headlining the People’s Summit. Chicago is where the headquarters of the Communist Party USA (CPUSA) is located. They are still labeling themselves as progressives, but anyone with two functioning brain cells knows these are devout communists… comrades in arms. Thousands will join them to plot taking back America from President Trump and the Republicans. It will be one giant war room.

This should be common knowledge now and come as no surprise to anyone. Van Jones has a long, violent history of being a Marxist. Don’t believe his protestations that he has reformed, he hasn’t. Bernie Sanders calls himself a socialist… in reality, he’s a communist and the current healthcare plan he is presenting to Trump should prove that. He is pushing single payer healthcare. Michael Moore is a Marxist film producer and the editor of The Nation. And Danny Glover never met a communist or dictator he didn’t love. 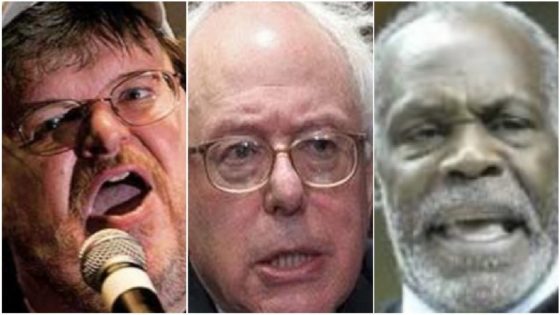 Soviet-style socialist Bernie Sanders, along with fellow radical communist and CNN commentator Van Jones, Marxist film producer Michael Moore, and Fidel Castro and Hugo Chavez-loving stooge and actor Danny Glover will be headlining the upcoming “People’s Summit” to be held from June 9 to 11 in Chicago, the headquarters of the Communist Party USA.

Calling themselves the politically correct term “progressives” instead of the anti-American, anti-freedom communists that they are, the above communist leaders will join thousands of other totalitarians who are hellbent to fundamentally transform America into North Korea or Venezuela.

Groups sponsoring the event include a laundry list of George Soros-funded communist front groups who are butthurt that corrupt and untrustworthy Hillary Clinton was not elected to continue Obama’s lurch to the left.

Among the “convening organizations” listed on the group’s website, include the following: National Nurses United, People’s Action, United Students Against Sweatshops, People for Bernie, Our Revolution, United Electrical Workers, Color of Change, Progressive Democrats of America, Democratic Socialists of America, and Presente.

Many of the groups attending are funded by that old spider George Soros. Mark Svart, national director of the Democratic Socialists of America, had this to say: “President Trump exploited long-standing racial divisions between working people to gain power, when we know he’s packed his cabinet with the same characters who rigged the economy. We all need to team up and fight back, and pro-corporate Democrats aren’t doing that effectively. Democratic socialists know that defeating neo-liberalism is a necessary part of defeating Trump’s right-wing populist agenda and defending democracy itself. The People’s Summit helps us make the alliances we need against capitalism at its worst.” They are terrified that Trump will undo the progress they’ve made in turning America into a communist hellhole like North Korea, Venezuela or Cuba.

If you want to hear the sentiment from these jackals, take a listen to Nina Turner, a former Ohio state senator and a vocal communist supporter of Sanders during the Democrat presidential primary: “There is no force more powerful than a community on the move for justice. We will protest, we will plan and we will preserve in the building of political power from the ground up. This is our moment.” And they really, really believe it. They are saying go, go, go! That is why you see chaos and violence exploding in our streets now.

This is going to be a who’s who of radicals. Others attending include Shaun King, Frances Fox Piven and Palestinian Linda Sarsour. You’ve got proponents of Saul Alinsky, the Muslim Brotherhood and one of the founders of Cloward and Piven. Sounds like the party from hell to me.

Democratic Socialists of America (DSA) is the largest socialist organization in the US. It is one of two official US affiliates of the Socialist International. It was formed in 1982 from a merger of the Michael Harrington led Democratic Socialist Organizing Committee and the smaller New American Movement. DSA publishes a quarterly journal, the Democratic Left. While claiming to be socialist, Democratic Socialists of America is a Marxist organization, that draws heavily from the ideas of the late Italian Communist Party theoretician Antonio Gramsci. This is the true face of the left. The People’s Summit is an event organized and promoted by the CPUSA and those attending it are communists… pretty much the entire Democratic Party these days. And definitely the enemies within. 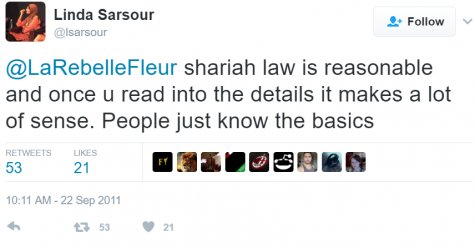 We went to the local Verizon store this past weekend, a chance to upgrade my cell phone and take advantage of Father’s Day specials.  Lucy already had a Verizon account so by dropping my T-Mobile service and switching I’d get a new phone and save money to boot.  The store was fairly busy and we had to wait for a salesperson.

I’d barely learned to use my old phone; what was I thinking as I tried to figure out the new technology, technology my kids and grandkids know all about.

There was a uniformed Houston Police Officer working security so I introduced myself as a retired cop and exchanged pleasantries while waiting.  I asked him if there had been any special training for officers to deal with the new Open Carry Law which goes into effect at the first of the year and was a bit surprised when he said there had not.

The officer was a two year veteran; in other words he could still be considered a rookie… that coming from an old guy who retired from the department about the time this kid was born.  He wore the new dark blue uniform which I’m not a fan of as it makes officers look less approachable, more militaristic; but that’s just my opinion.

I mentioned my concern that the Department hadn’t provided additional training for street officers in dealing with the general public as the Open Carry Law went into effect.  The mindset of a street officer upon seeing a weapon has to be prepared for the worst while treating the situation with Kid gloves.   I can hardly wait, sarcasm button engaged, as future stories hit the Houston Chronicle, “Officer Shoots Citizen For No Reason Other Than He Saw A Legally Permitted Pistol”, or some such headline.

Here’s a movie clip from, Lethal Weapon, with Danny Glover playing the part of Roger Murtaugh, an ‘old head’ cop being assigned a new partner, Martin Riggs, a ‘burn out’ with possible mental issues played by Mel Gibson.  Their first meeting didn’t exactly go off well.

Riggs, waiting to meet his new partner, was sitting on the edge of a desk and took his pistol out to wipe it off, not really thinking that drawing a gun in a police station might cause unintended results.

Murtaugh, who’d been half way paying attention to the unknown suspicious looking individual, alerted those around him, “Gun!”

Everyone in the office went into high alert mode as Murtaugh focused on the potential threat, went to take Riggs down; but Riggs being more efficient in take down methods had Murtaugh on the floor in a heartbeat.

Cops are in for a tough time as they have to re-train their minds and methods as pertain to a public which now will have Open Carry.

Any police department that doesn’t have a plan, a policy with basic guidelines dealing with individuals walking about with weapons that are perfectly legal…that department is in deep doo-doo.

There’s a story out of Gulf Port, Mississippi, which highlights one of the challenges; individuals who take Open Carry to extremes just to show they can.  Apparently these two…trying to decide what to call them; Bozos, Clowns, Ass Clowns (getting closer)…mind numbed jerks (getting warmer), future Darwin Award participants (Bingo!).

“According to authorities, the two men walked into the Walmart on Highway 49 around 8 p.m.  Witnesses said the man holding the shotgun was actively loading and racking the firearm.”

“Cox (police chief in Philadelphia, MS) said the new law does not allow someone to walk down the street with a gun in hand.  This is considered brandishing a weapon, which is still a crime, he said.”

Police officers are going to run up against all manner of folks who are legally carrying firearms; wouldn’t it be a good idea to offer training for both officers and the public on the best way to keep from starting a remake of Gunfight at the Okay Corral?

What about the public’s perception of how police officers are going to treat average law abiding citizens who take advantage of their right to Open Carry?  This is all new territory and there’s plenty of room for miscommunication by citizens and/or police, trampling of perceived God given rights in the name of  making the public safer; the list is endless and full of opportunities to get someone killed.

One thing is sure; the courts will have plenty of happy lawyers filling their bank accounts while we’re sorting out the details one by one.

Just because something is legal doesn’t mean it’s a good idea for everyone.  Open Carry was signed into law to protect an individual’s God given right to own and bear arms; it’s not a permit to act like a fool and scare your fellow citizens half to death.