Donald J. Trump’s admission that two of his adult kids didn’t even bother to register as Republicans, in order to vote for him in the New York primary, says all you need to know about his attempted takeover of the GOP. Trump isn’t a real Republican and his kids aren’t committed to the party. They work for their Daddy.

The evidence is clear: the candidate who had no knowledge of the nuclear triad, which protects America from a Russian nuclear first-strike, and who flip-flops on every major issue, is still a Democrat.

At this late stage in the campaign, it is simply amazing that conservative media personalities and websites (such as the Drudge Report) are ignoring the evidence of Trump’s involvement with the Democratic Party and close relationship with the Clintons, and treating the businessman as an authentic Republican.

Belatedly, Senator Ted Cruz (R-TX), Trump’s main opponent, has referred to the Drudge Report as “the attack site for the Donald Trump campaign.”

END_OF_DOCUMENT_TOKEN_TO_BE_REPLACED 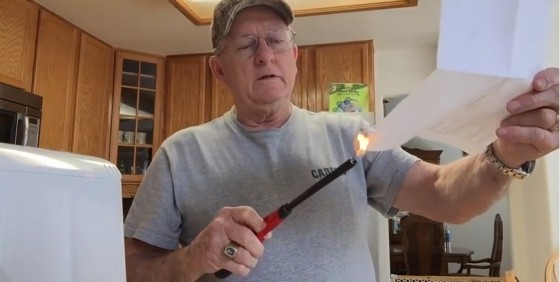