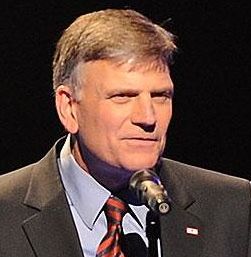 Do you ever get the feeling that perhaps you are the one who is crazy? It would have been easy for me to feel that way back in 2008. It appeared that every black person in America was giddy with excitement about the possibility of America electing its first black president except me.

Upon reviewing his hardcore liberal associations, anti-Semitic pastor, history of bullying political opponents out of races and admitting to Joe the Plumber his plan to redistribute wealth, I saw Obama as a far left radical Democrat, Chicago thug politician. Still, from my preacher dad to my 100 year old grandmother and everyone in between, my entire black family worshiped the ground Obama walked on. I was the odd man out; the weird one.

I find myself in a similar position today. Remarkably, famed religious leaders whom I purposely will not name are suggesting that Christians allow homosexuals to redefine God’s institution of marriage; claiming to have biblical basis for doing so. While doing interviews on Christian radio shows, I was stunned a few times by hosts who took issue with me for not embracing same sex marriage.

A few years back, I flew out to LA. A Christian youth pastor picked me up from the airport. He said his church teaches to embrace homosexuality because God is love and God does not care who we love. Have modern Bibles eliminated scriptures that list certain behaviors as sin and an abomination to God? (Leviticus 18:22)

Flipping through my TV channels this week, I saw that the Home and Garden channel ran back to back hour long programs featuring remodeling the homes of same sex couples; back to back! Even a sandwich spread commercial featured a homosexual couple. With the secular world and much of the Christian church embracing the “new normal”, it is easy for one to ponder. Am I wrong about this?

But then, invoking the same elation in me as if he wore a leotard, a cape and an “S” on his chest, Franklin Graham stood up, boldly pushing back against Wells Fargo Bank funding a commercial promoting homosexual marriage and parenting. Thanks Franklin, I knew I was not crazy.

Praise God that someone of major prominence is finally saying “no” to the Left cramming its agenda down our throats. Graham is fighting back by hitting the aggressors in their pocketbook; removing Billy Graham ministry’s hundreds of millions from Wells Fargo. Graham launched a clarion call asking Christians to boycott LGBT friendly companies.

Franklin, son of the legendary great evangelist Billy Graham wrote on Facebook: “…Let’s just stop doing business with those who promote sin and stand against Almighty God’s laws and His standards. Maybe if enough of us do this, it will get their attention. Share this if you agree.” http://on.fb.me/1FbFfCb

Before I continue. Will someone please explain to me why suddenly corporations, the mainstream media, broadcasters and Christian churches are scrambling to please the LGBT community and further its agenda; the initiative trumping everything and everyone in America? Wells Fargo basically told Graham that pleasing the LGBT community is their top priority. Again, I ask why? For crying out loud, a CDC report said the LGBT community is less than 2% of the population, another reported slightly over 2%. http://bit.ly/1Sb2JRn

Imagine Buffalo Bob host of the 1950s kid’s TV program, “The Howdy Doody Show” saying, “Okay kids, it’s time for another GAY FAIRY TALE!” The kids in the live studio audience cheer, “Yeaaaaaa!!!” Today on American TV, toddlers are taught homosexuality via remakes of fairy tales. In a cartoon targeted at preschoolers, a boy rescues a prince and a princess, but chooses to marry the prince. http://bit.ly/1FW0usk No, I am not crazy. That just “ain’t” right!

Despite the objections of parents, Virginia public school administrators figuratively told parents, screw you, the curriculum will include gender identity. http://bit.ly/1MtXUyL

Meanwhile, Franklin Graham, a good man of impeccable character is standing strong, daring to inflame the full-blown wrath of the Left and mainstream media who will attempt to brand him as an overzealous conservative religious hater.

Step two in the Left’s Targeted for Destruction playbook is to stick microphones into the faces of influential conservatives and pastors; branding all who stand with Graham as fanatic nut-case haters. The Left will insidiously initiate the tactic of taking the slightest opposition to its agenda to the extreme. Graham and his supporters will be accused of being in solidarity with those who want homosexuals socially abused and physically harmed. This tried and true tactic is designed to intimidate people into backing away from Graham.

Graham has a history of pushing back against the Left’s War on Christianity. He spoke out when Obama blamed Christians for Jim Crow laws and slavery at the National Prayer Breakfast. http://bit.ly/1L2xYKi The Left attacked Graham trying to shut down his “Operation Christmas Child” which has sent 100 million boxes of toys to poor children since 1993. http://bit.ly/1MvxMDA

Graham’s latest insubordination daring to say no to the Left cramming homosexual marriage down our throats may have, as my late momma used to say, plucked the Left’s last nerve; moving Graham to the top of their hit list.

This is line in the sand time folks, Christians vs the Left’s bullying.

Exodus 32:26 – “Then Moses stood in the gate of the camp and said, “Who is on the Lord’s side? Come to me.” And all the sons of Levi gathered around him.”

My fellow Christians, I feel we face a similar pivotal moment as did the sons of Levi. Who is on the Lord’s side? Support Franklin Graham. I stand with brother Graham.