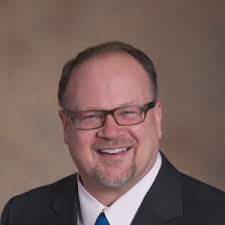 The heinous attack in Paris by Islamic State terrorists is an example of how this group of extremists continues to infiltrate peaceful communities worldwide and wreak havoc.

As a result of the unprovoked attack by ISIS in France, many governors in America including Gov. Rick Snyder, suspended relocation of Syrian refugees to communities in their states. I commend Snyder for his decisive action to protect Michigan residents.

Several days prior to the attacks in Paris, I drafted two bills to protect Michigan residents by establishing regulations regarding refugee relocation and expanding the requirements to check the backgrounds of those who wish to move from unstable nations into our communities.

One of the bills suspends the use of state funds to assist the federal government in its voluntary Refugee Resettlement Program until the state Legislature and local communities are given a say in relocating refugees.

Between 2008 and 2014, the federal government has resettled more than 27,000 refugees from 60 different nations into 120 Michigan communities, without the approval of the state or the communities into which these exiles were moved. I believe, and my bill requires, that the Legislature and county governments should have the final say about immigrants making a home in Michigan. As a sovereign state, we should not and cannot be forced to comply with a voluntary federal program that could have a tremendous negative impact on our neighborhoods.

My other measure prevents resettlement of people from so-called failed states whose backgrounds cannot be checked because of a weak government that has no database on its citizens.

Failed states are nations that have a high degree of corruption and criminality and a government that does little to control that corruption. Since there is no avenue for finding out if a refugee has a past criminal record or is part of a corrupt organization, we must suspend the habit of allowing individuals from these failed states whose backgrounds have not been reviewed to enter our communities. My bill prevents the federal government from allowing this unchecked immigration from those rogue nations.

I believe America and Michigan are melting pots and have assimilated good citizens from diverse nations, many of whom have contributed greatly to our success. I believe that Michigan residents deserve to know that citizens from diverse nations seeking a new home have been fully vetted and pose no threat to their families. Until we can guarantee we are not allowing terrorists to relocate in Michigan communities, we should cease accepting immigrants whose intentions are not known.

State Rep. Jim Runestad is a Republican from White Lake.