Last night, author Trevor Loudon joined Glenn for an in-depth discussion on the growth of the progressive movement. In the interview, Loudon said that he believed Ted Cruz could be the leader America needs to lead it away from progressivism and back towards freedom. To secure his nomination, and eventually the presidency, Loudon suggested an unusual strategy: Cruz should name his cabinet and run as a team.

Trevor: It’s basically between the constitutionalists and the Communists. Those are the forces operating in the country today. The Communists are basically taking over the Democratic Party to a large degree, and on the other side of the fence, you’ve got the Republicans who are about a third progressives, a third go-alongs-to-get-alongs, and a third constitutionalists, and they have their Tea Party allies, the 9/12 allies, etc. So, to save America, that third of the GOP with the Tea Party, with the 9/12s, they have to be the people that do this. They are the only force that can turn this country around.

From a distance, you watch what’s happening here in America. Do you see anybody on the horizon that you think really gets it?

Yeah, look, I’m a big Ted Cruz fan, to be honest. I think he’s the one with the inspiration factor. He’s got the leadership qualities. He’s the most Reaganesque out there. I’m advocating that he runs early and names his entire cabinet, runs as a team, and barnstorms this country, you know, he puts Rand Paul as Secretary of the Treasury, do what he damn well wants to the Federal Reserve and the IRS, you know?

Nobody’s ever done that.

No, but there’s nothing to stop it. Well, Reagan named his cabinet in ’76 when he first tried for the nomination. He didn’t do it again in 1980, but look, unite the whole base. Name your whole cabinet, somebody to appeal to every element of your base, you know? John Bolton, Secretary of State.

Can you imagine John Bolton as Secretary of State?

Imagine what he would do to your enemies.

Imagine how he could rebuild the Western alliance, basically flip the bird to your enemies.

If that would happen, it would be one of those things where Ted Cruz would put his hand on the Bible and take the oath, and our enemies would do exactly what happened in 1980 with Ronald Reagan. I mean, it’s just a different world overnight.

You know, how bad were those Carter years? A lot of people thought when Jimmy Carter was president that America would never be great again. The mood of despondency was that bad, and it took Reagan two years to flip the whole mood of the country, lower taxes. You know, he got the economy working again. He rebuilt your military, took out the Soviet Union without firing a shot, you know? He changed the whole mood. Well, I think that can happen again, because you’ve never had a bigger base out there.

Reagan had a base of conservatives, but with what you’ve done, what Mark Levin’s done, what the Tea Party has done, look, I’ve been to 43 states. There are millions of people out there now who talk about the Constitution, love the Constitution, understand what makes America great. That base is out there. If Ted Cruz gets up and runs and names his entire cabinet, runs as a team, barnstorms against the country, I think there will be nothing to stand in your way. I think it could just flip this country around just overnight. 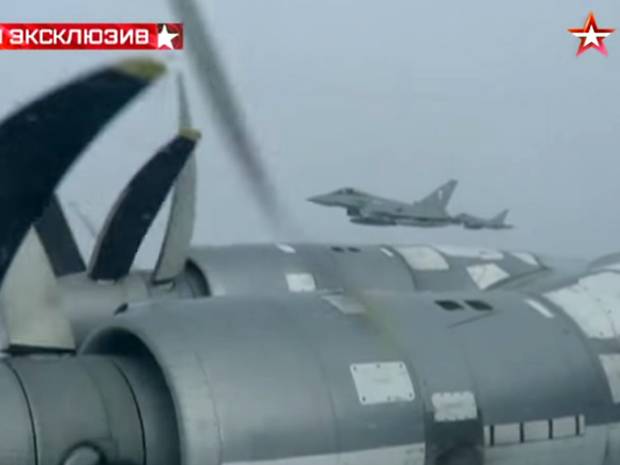 Guess who’s meeting with our new BFF, Cuba? Russia. Moscow’s Defense Minister Sergei Shoygu had an intimate and cozy meeting with defense and military leaders in Cuba, Venezuela and Nicaragua week before last. As they caught up with their fellow comrades on all the latest commie happenings… Russia agreed to provide military training and increase military visits and exercises. The Russians are not just probing next door anymore, they’ve moved in.

They signed several agreements on warship visits and military training during the visit, which ran from Feb. 11 to 14. Gee, that didn’t seem to make the news. You know why? Because our inept leaders say there is nothing to worry about. That all countries have the right to form alliances with whomever they want. Screw the Monroe Doctrine, which Kerry has already pronounced dead. It’s party time in Latin America!

The Russian leader is seeking bases in the region for strategic bomber flights that Shoygu recently promised would include flights over the Gulf of Mexico and the Caribbean. In November, Shoygu announced that Russian strategic nuclear bombers would conduct long-range training flights over the Gulf of Mexico. Please note, these are nuclear capable bombers.

In November, Shoygu announced that Russian strategic nuclear bombers would conduct long-range training flights over the Gulf of Mexico. “In the current situation we have to maintain military presence in the western Atlantic and eastern Pacific, as well as the Caribbean and the Gulf of Mexico.”

“We expect this to continue this year to include greater activity in the Caribbean and Mediterranean Seas,” he said.

Amidst the poo-pooing from Washington and Central Command that there is nothing to worry about, I enjoyed what Rep. Mike Pompeo (R-KS), a member of the House Permanent Select Intelligence Committee, said:

The Russian bear is out of hibernation from Damascus, to Donetsk, and from Pyongyang to Peru.

Putin and his coterie of ‘former’ communists smell weakness. Their window to expand Russian influence is now and they are acting with great vigor and with nearly zero resistance from America and the West. Russian military expansion into Latin America is simply one more manifestation of their resolve and American inaction.

Glad he shares my viewpoint and this is what I have been saying for a long time now. The Russians are doubling and tripling down. Their latest move next door gives them immediate “Red Dawn” capability. Gee, if I were a Marxist President aligned with a country which I pretended was an enemy, but which in reality shared my hidden agenda… I might do something like facilitate across my borders a first wave invading force, just like Islamo-fascists do. I might encourage following that with terrorist groups and then a full blown invasion force, just as you have seen happen in the Middle East. Do you think it is a coincidence they are all taking plays from the same book here?

Cuba, Venezuela and Nicaragua all belong to the 11-member Bolivarian Alliance for the Peoples of Our America, known as ALBA, a leftist alliance set up by Cuba and Venezuela in 2004 as an anti-US grouping of states. Almost, if not all, countries in Latin America are led by dictators and one flavor of communism or another. Instead of trying to stem the anti-freedom shift of our neighbors as the Monroe Doctrine dictated, we instead, especially recently, have gone the “non-aggression” route which screams of weakness and opens the door to terrorism, communism, violence and severe aggression. Our biggest enemies have now moved into virtually every country to our south… those enemies are Iran, Russia and China – the new axis of evil. It won’t be long before Putin himself visits these countries to solidify his hold and sway over them. It’s a ticking bomb.

Obama keeps ranting on about how the sanctions are really hurting Russia economically. Maybe, maybe not so much. Even if they are, I hardly think Putin cares. He’s throwing every dime they have into their military buildup, while Obama guts ours. Putin doesn’t mind starving his own people if need be. After all, it is for the Motherland. With Russia continuing their out in the open warlike attacks on the Ukraine, NATO and Europe are getting very nervous indeed. In fact, Germany and France are crawling into bed with Russia. With the US no longer a global player, these countries will align themselves with a strong man and that would be Russia. We’re no longer the heavy-hitting force of yore; instead we’re “flexible” about power grabs by Putin and friends.

We have crickets coming from the Obama Administration on Russian military encroachment in the western hemisphere. Russian Tu-95 Bear H bomber flights have increased sharply near US coasts in recent months, with one recent air defense zone incursion simulating a practice nuclear cruise missile strike on the United States from northeastern Canada. Doesn’t that just send a thrill down your spine? British jets on Thursday intercepted Russian bombers flying along the coast near Cornwall, in southwest England. So, Russia is testing the defenses of their biggest enemies and, I’m sad to say, finding them easy to breach.

Shoygu inked an agreement that will simplify procedures for Russian warships to make port calls. A second accord was reached that will increase military training in Russia for Nicaraguan military personnel. Never one to miss a chance at military build up, Nicaragua’s leftist Sandinista President Daniel Ortega announced last year that he plans to do just that with his armed forces with Moscow’s assistance. Russia has also promised to supply naval gunboats to Nicaragua beginning in 2016.

Venezuela is a also being gifted with a plethora of Russian weapons, including an estimated $12 billion in arms. Those arms would include Su-30 jets, Mi-17, Mi-26 and Mi-35 helicopters, T-72 tanks, Smerch multiple launch rocket launchers, S-300 anti-aircraft missiles and artillery. In return, they have agreed to increased visits by Russian warships and Caracas will hold joint military exercises with the Russians. Joint Russian-Venezuelan air defense training is also on the menu. Russian air force aircraft may make use of Venezuelan bases in the future.

Cuba’s Dictator, Raul Castro, noted that military relations continued to “develop constructively.” Cuba is hosting port visits by Russian naval vessels, including the intelligence-gathering ship Victor Leonov, which made a port call in Havana in January — which coincided with the Obama’s diplomatic initiative to seek normalized relations with the regime – in Obama’s eyes, we are all communists now. Cuba will also be sending their people to Russia for intense training in military and intelligence. US defense officials said the Leonov was anchored some 25 miles off the coast of Jacksonville, Florida, two weeks ago where it is suspected of conducting surveillance on our nuclear missile submarines based at nearby Kings Bay, Georgia.

Once again, John Bolton sees the true threat when so many others don’t:

Former United Nations Ambassador John Bolton said the Russians appear to be filling a power vacuum in the region by the lack of focus from the Obama administration.

“Russia’s perception of American weakness under Obama has fueled their new adventurism in this hemisphere,” Bolton said. “Since I see no chance of Obama waking up to the potential threat, I am very worried about the situation a new president will face in January 2017.”

Which is certainly on purpose by Obama. He’s looking to tie our hands long after he’s gone and sabotage any effort to recover from his destructive moves on the American front.

So, while Russian President Vladimir Putin says other countries should not have the illusion that they can attain military superiority over Russia, they seem to have little to worry about from the US, who is busy becoming obsolete.

Russia is knocking on our door and I doubt that they will take no for an answer. The Russian bear has moved in next door and is setting up military house. Can war be far behind since Obama has laid out the welcome mat to our enemies? And what, pray tell, would that war look like? 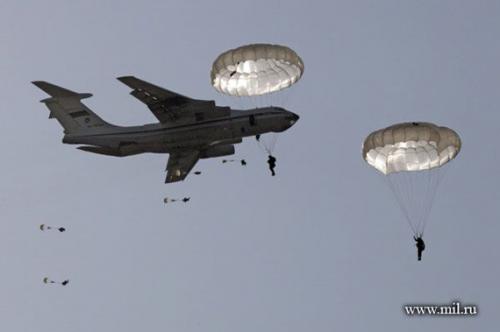 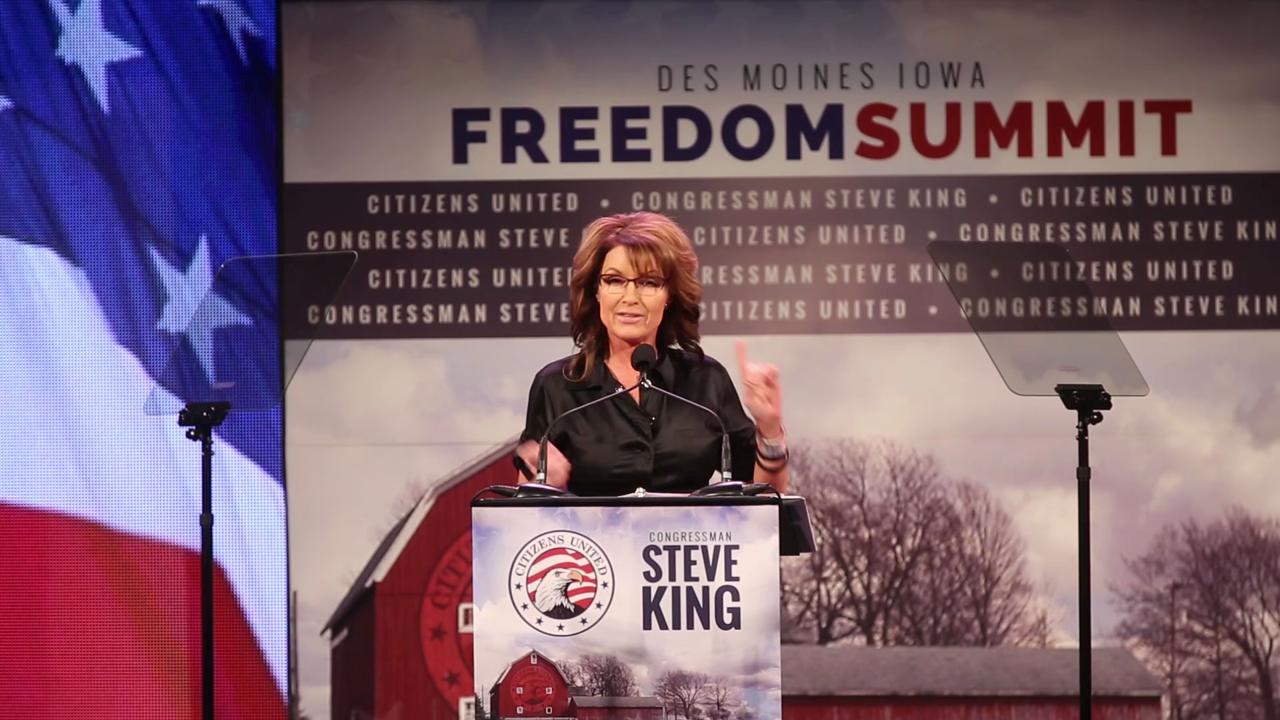